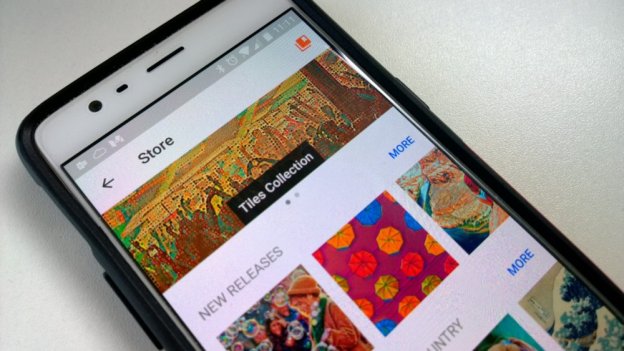 Prisma, one of the most popular apps in the top charts, is a photo editing app that basically allows to turn any photo into a stunning piece of art. As soon as it was released, the app gained massive popularity among social media users.

Those days are gone when recreating a famous artist’s work was just a dream, the Prisma photo editing app transforms even the dullest photos into a reproduction of famous artists like Picasso, Van Gagh, and Edvard Munch.

Soon after Prisma’s success, its competitors couldn’t help themselves but adopt the Prisma concept into their own photo editing apps. PicsArt, which falls under the same category as Prisma, instantly rolled out Prisma like feature, but with a sleeker user interface and made the processing of images on the device, rather than in the cloud.

Canva, an Australia based graphic designing software as a service provider, has become the world’s most recent unicorn with a fresh investment by Sequoia China.

Prisma, on the other hand, uses a combination of neural network technology and artificial intelligence that scans the data to apply the selected filter style on the picture. Till now, Prisma has been successful in keeping their users engaged with introducing new styles and due to social media hype, but now it seems that Prisma has bigger plans.

In the recent update of Prisma, they announced a new filter store functionality, which is a new app interface to browse different styles available. At the same time, the company also launched a desktop app to let users create their own unique styles.

Until now, Prisma played smart moves to lift itself up to top charts. The first was its social promotion strategy. Since people loved the idea of Prisma, the app started serving as a companion app to popular social media apps like Facebook and Instagram, making the best out of word-of-mouth marketing for additional user acquisition. To make easy for people to identify and search for the app, prisma adds a watermark in the bottom right corner.

Another strategy they implemented well was to monetize early by selling sponsored filters. The very first partners of Prisma were the ride-sharing app – Gett, and Palmotive that made Prisma’s popularity its home country.

Now, they’ve introduced their new filter store to bring back the inactive users. While the company is calling its new app interface a “store”, but it won’t be charging for filters. Although, the app has also rolled out a desktop app to create your own unique style, so it’s fair to expect paid content in the future.

Now, if you think about it, millions of people just love the kind of magic Prisma does. In fact, they’ll continue to do so. And, since people often prefer to use photo editing apps to brighten up their dull images, it’s not the stupidest idea if you decide to create your own Prisma like app. In fact, developing a photo editing app isn’t as difficult as it seems. Prisma creator Alexei Moiseynkov said that it took him only one and the half month to develop. Similarly, you can contact best mobile app development company and consult with the experts to develop your own prisma like app.

Do You Have a Photo And Video App Idea In Mind? We Can Help!

How Uber for Trucks Can Benefit the Trucking & Freight Industry