The concept of “Digital India” was actually coined on 1st July 2015, a few months before the iconic visit of PM Narendra modi to the Tech Hub of the World, ‘Silicon Valley.’ It is becoming a concept that is adamant on swaying the whole Indian mass towards digitalization. This idea is also making its mark on those names, who actually make the world go digital, sitting from one corner of the Earth.

As per the press release by the Ministry of Communications and IT,

“Digital India has been envisioned as an ambitious umbrella program to transform India into a digitally empowered society and knowledge economy. It comprises of various initiatives under the single program each targeted to prepare India for becoming a knowledge economy and for bringing good governance to citizens through synchronized and co-ordinated engagement of the entire Government.”

Taking this movement on another level altogether, the Indian Prime minister Mr. Narendra Modi, addressed more than 350 business leaders/ entrepreneurs, on Saturday, during his tour to the Silicon Valley. Everyone from the Tech World made an appearance, endorsing the plan of making India reach sky-high, through the ‘Digital India’ programme.

Here are some of the well-known names of Silicon Valley, Who are willing to be a part of ‘Digital India‘ 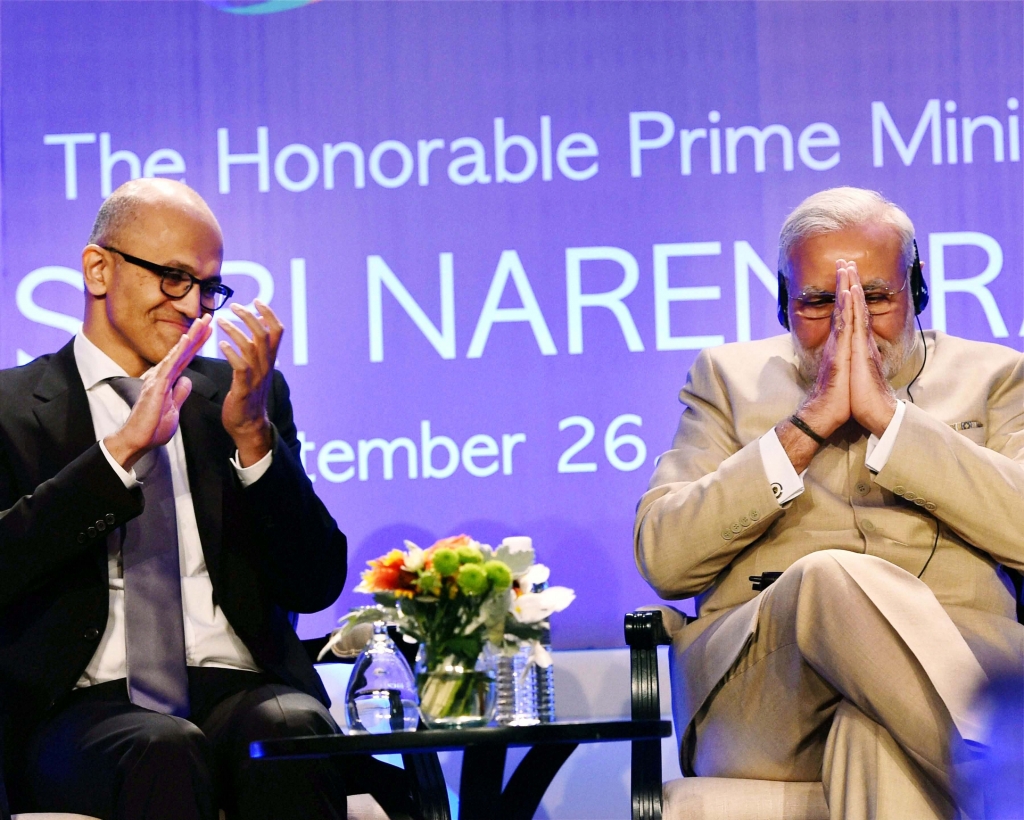 Microsoft has already made plans of partnering with the Indian Government so that broadband connectivity can be made available to approximately 500,000 villages in India, at a low cost. “We believe that low-cost broadband connectivity coupled with the scale of cloud computing intelligence that can be harnessed from data can help drive creativity, efficiency and productivity across governments and businesses of all sizes,” Microsoft CEO Satya Nadella said. He calls this a “big milestone.” 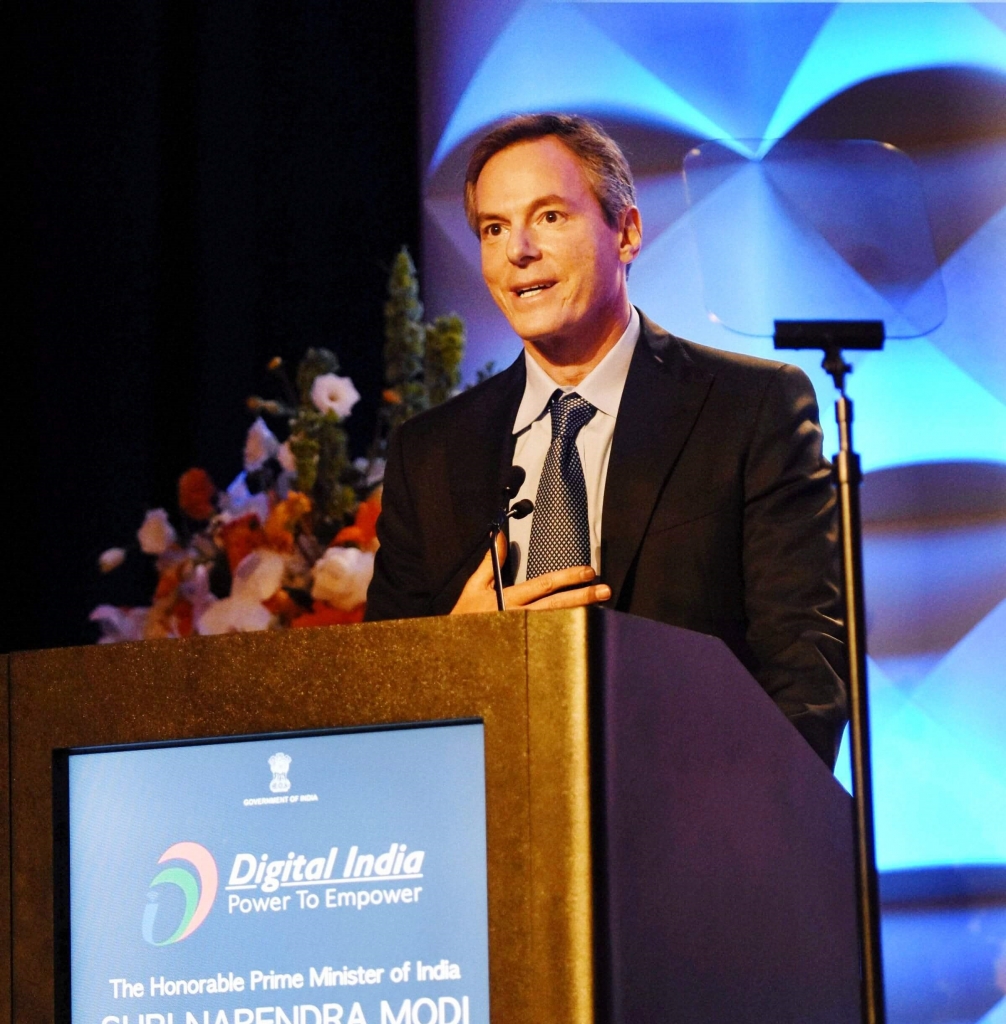 Qualcomm has promised a $150 million, to leverage Indian Startups; especially those who are in the mobile industry and Internet-Of-Everything (IoE) ecosystem. 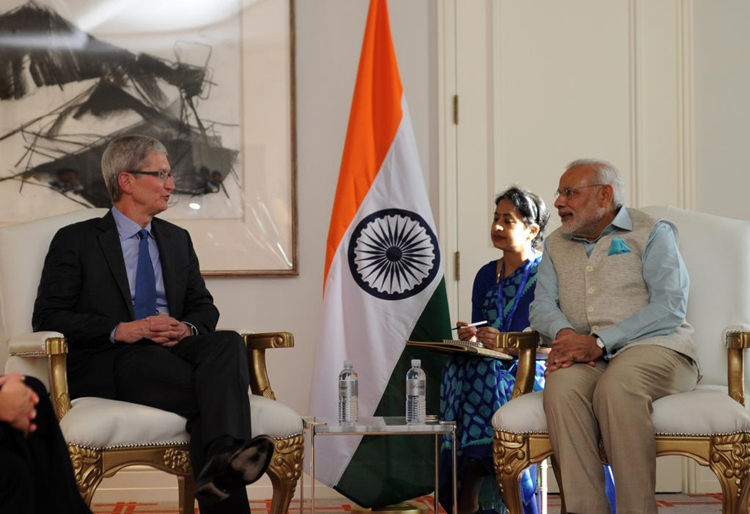 Apple’s CEO Tim Cook, met Mr. Modi, with regards to the scope Apple Pay’s integration to the ‘Jan Dhan Yojna’ as initiated by the PM himself, in India. The Indian Ambassador to the US Arun Kumar Singh said that the Apple CEO was positive about this, though he appeared more keen on the developing the app ecosystem for iOS out of India thanks to its design base. 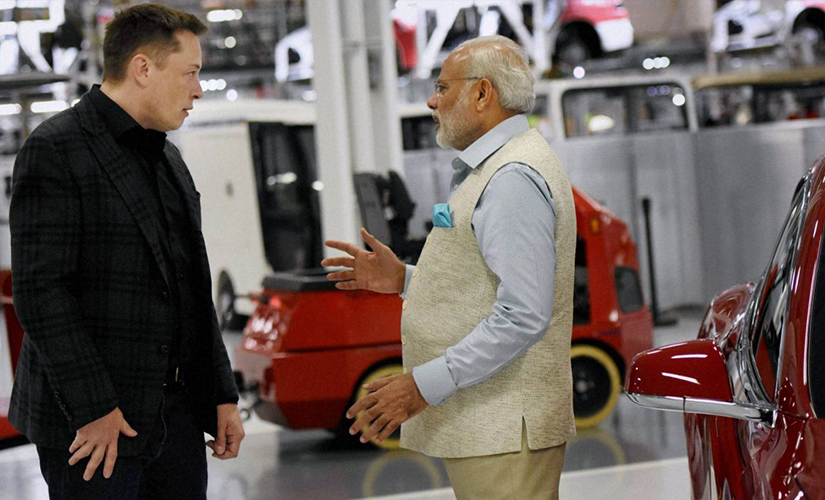 Prime Minister Narendra Modi visited Tesla Motors’ Elon Musk as a part of India’s interest in the company’s solar Powerwall technology. It is believed that when the pieces of the battery in concern drops, India will be able to use them effectively.

As a sole aim of this discussion, Uber’s CEO and Mr. Narendra Modi discussed the possibilities of urban mobility in India, with the coming of Uber. Also, as Travis suggested, there is a possibility that India’s congestion problem may be put to a full stop, with the use of ‘carpooling.’

This session seemed to be the highlight of the whole visit that the Indian Prime Minister, Mr. Narendra Modi undertook. Mark Zuckerberg praised Modi’s efforts with Digital India, the Indian government’s program to help rural areas of India get access to the Internet. Characterizing it as a humanitarian opportunity Zuckerberg said that “one of the greatest opportunities we have in the world today is to connect everyone to the Internet.”

Here’s the full video of the event.

As a sign of growth that ‘Digital India’ as a campaign marks, Facebook’s founder Mark Zuckerberg, introduced this new filter for the profile pictures, on Facebook, starting the process by applying the filter himself. 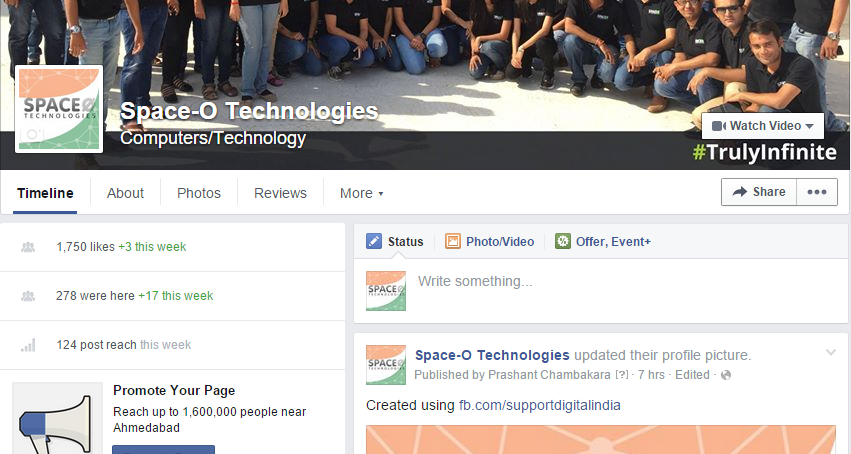 The CEO and Vice President of Space-O Technologies were honored to be present in the Google office volunteering Hackathon, when the Indian Prime Minister visited there. They had the time of their life, experiencing the surreal experience of a lifetime. And here is what they say:

It is also true that most of the organizations are moving towards business mobility as a part of digitalisation of the business. Based on that one survey states that, “87% of decision makers recognise the value of mobile apps as the portal to digitalisation.”

While it has become a huge thing in the whole world as India’s leader meets the leaders in Technology and king of Silicon Valley. Where does this campaign reach and till which extent will the big heads of the Silicon Valley support the idea of ‘Digital India,’ is yet to be seen.

“The status that now matters is not whether you are awake or asleep, but whether you are online or offline. The most fundamental debate for our youth is the choice between Android, iOS or Windows.” – PMOIndia

3 Lessons to Learn From Zillow (Best Housing Rental App) to be Considered for Becoming a Key Player in the $4,263.7 Billion Accelerating Real Estate Market