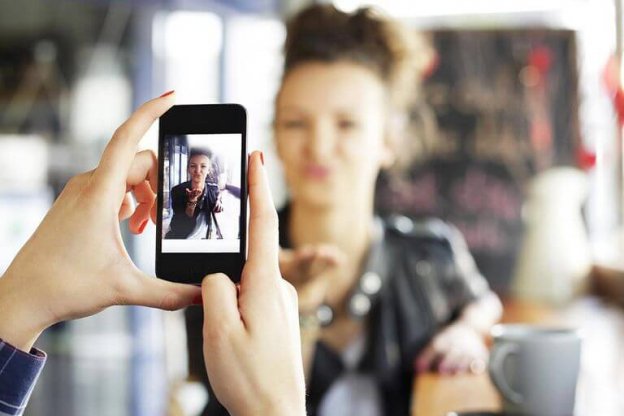 This post includes information for startups & entrepreneurs who want to create photo management apps like Zyl and Slidebox. Read on these essential features, which you can consider during photo organizer app development.

Undoubtedly, we all get stuck when we do have the gazillion of photos after long holidays. The first problem we all face is to manage the photos seamlessly. This is due to the fact that many of which are usually so bad or essentially useless.

Thanks to the photo management apps, which claim to sort out such problems effectively. When it comes to free spaces, people would not face such problems to manage their photos and they can make some space free in their hard drives, memory cards, and phones.

According to the report from TechCrunch, “The AI-powered photo management app, Zyl, which is a smart photo app, allows users to view, manage, and share all their photos. This smart photo organizer app has come up with a few AI-powered tricks.”

Zyl is formerly known as Comet (the French startup), and there is another latest report from TechCrunch, “Zyl is now a nostalgia-powered photo app and the app is now focusing on resurfacing users’ old memories.” The Zyl app now uses deep learning and it has become more than a default photo app due to its latest update.

Let’s know more about the photo organizer app and some photo management apps like Zyl and Slidebox which are performing well across the App Stores. 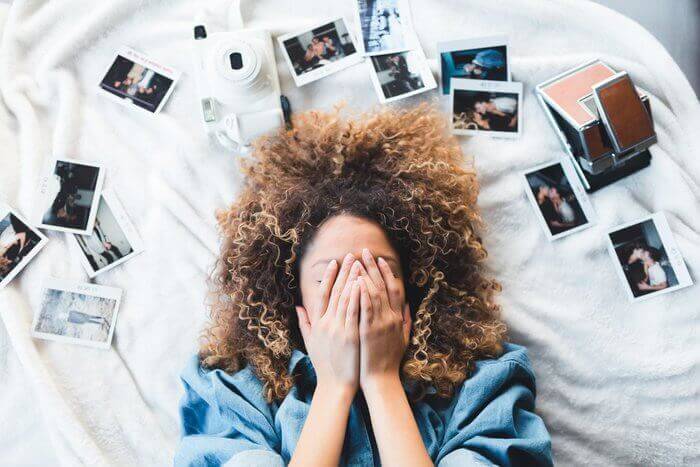 Talking about Zyl, this photo organizer app helps users to save a ton of space by detecting duplicates and helps them to keep the best versions of the photos. The app also rejects blurry photos and images with closed eyes too. In fact, the photo organizer, Zyl app, works an algorithm. 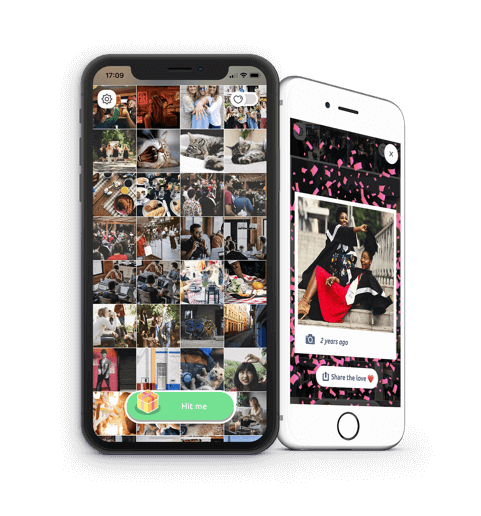 The photo organizer app, Slidebox is known as “Tinder for photos”. Slidebox app uses a Tinder-like mechanism to help users to quickly sort out photos into different photos and albums. It is also known as the Tinder-like photo management app. 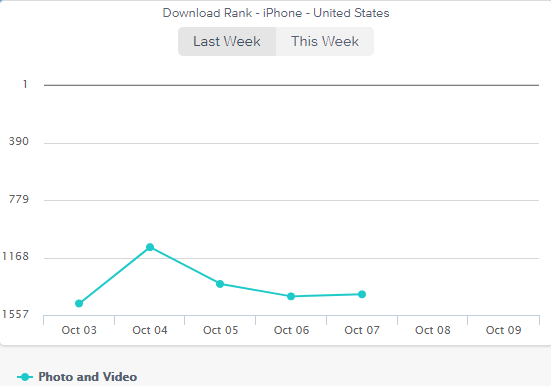 1. Allows to Organize, Sort, Delete & Compare The Images in the Gallery

The fusion of basic features, including organize, sort, delete and compare images, are responsible to create a successful photo organizer app like Zyl & Slidebox. These features allow your app users to do a lot of things at one time with the photo management app. 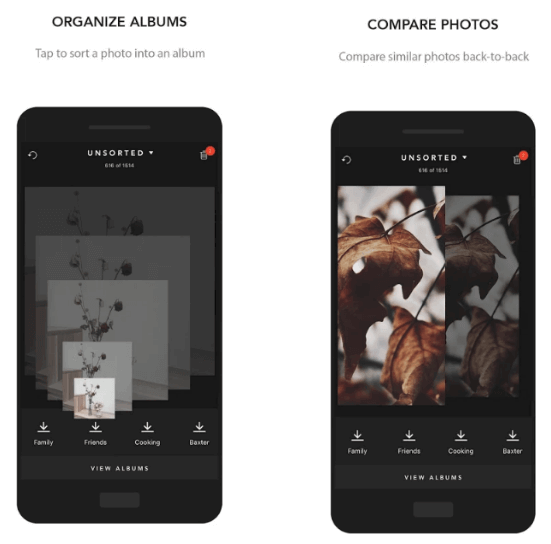 A photo management app lets users easily organize albums, delete, compare and sort images without spending huge hours. In other words, you are creating a utility app in terms of Android photo editor app. If you would like to create photo management app like Slidebox, then you need to consider these slew of features such as organize, delete, sort & compare, which can help you to develop a successful photo album app.

So, all you just need to consider such basic features to provide the online platform, where users can experience handy features to make photo albums at their fingertips.

The next important feature is to allow your app users to navigate through memories. So, this app feature works to study user’s smartphone photo gallery and makes suggestions on which photos to keep or delete. Once, it is done, it will ask users to decide. And, the next thing is to allow users to easily navigate through their old memories with ‘Magic Album’ feature. 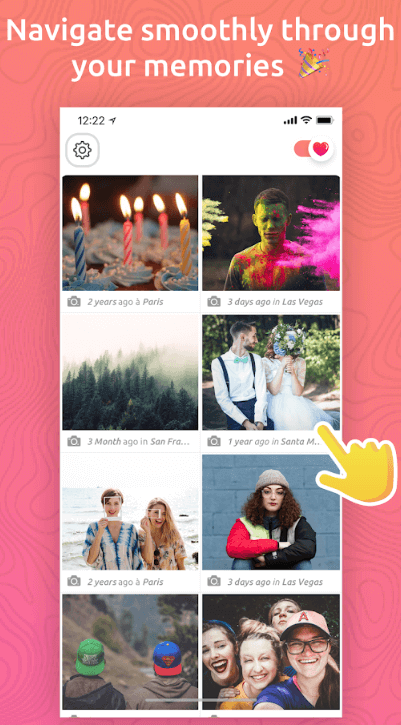 Being a startup or entrepreneur, you can also implement such handy feature like ‘magic album’ in order to let users navigate easily through memories. It automatically groups photos together, apparently based on the dates and suggests putting them into the album. It also lets users give the name on the album.

It is highly recommended to consider such feature, which is nitty and simple, and which will be appreciated by your app users. In short, such feature picks the best photo of the bunch.

The very unique feature, which you can’t miss to integrate is the fusion of AI (Artificial intelligence) and instantly notify your app users of the latest updates and the updates regarding when the photo is ready.

Talking about the artificial intelligence feature, the photo organizer app gives more options to users by leveraging facial recognition and the intrinsic social graph of the user’s photo library. 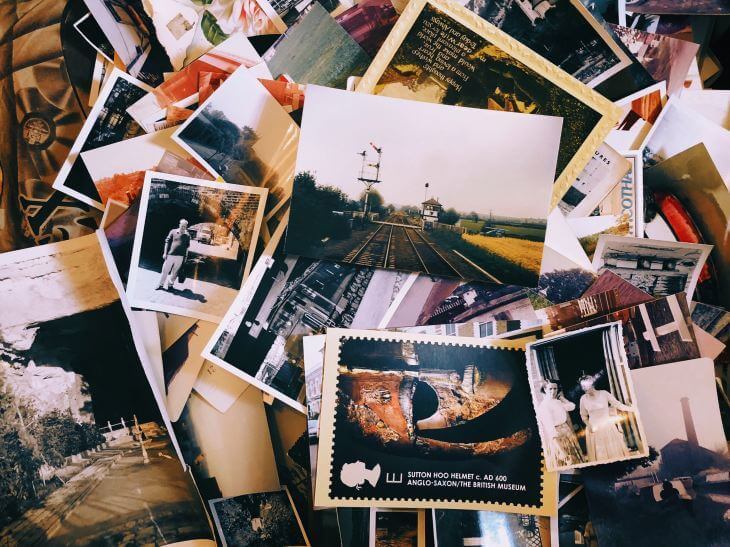 Therefore, if you want to make your photo organizer app stands out like Zyl, then don’t forget to include such app feature, which offers a blend of AI and instant notifications.

You have just gone through with the essential features from photo management apps, Zyl and Slidebox, which make them stand out. In fact, you can also consider other handy features, which you think can help effectively manage photos and help them to spend less time managing the cluster of photos on their smartphones.

Last but not least, it is essential not to underestimate the user experience while developing a photo organizer app. And, UX needs to be more efficient in order to provide your app users with a seamless experience when arranging photos. This is what your users or customers expect from the photo management application.

After going through this, being a startup or entrepreneur, if there is any query that popped up in your mind like:

Then, you can discuss such queries with us as we are a leading iOS app development company and have already developed over 50 photo and video applications with unique features and functionalities.

In case, if you still have any query or confusion regarding how much does it cost to create photo organizer app, photo editing apps development or Android photo editor app development, then you can get in touch with through our contacts us form. One of our sales representatives will revert to you as soon as possible. The consultation is completely free of cost.

How This Million Dollar Photo Video App Beat Facebook by 23%?