Why You ‘Pay with Google’ and Not with Apple Pay & Amazon Dash? 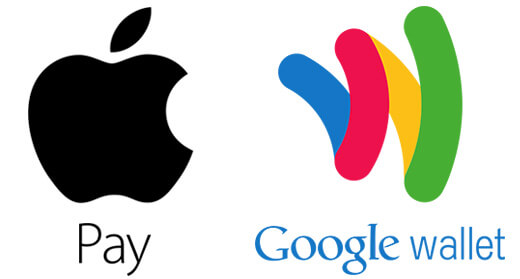 18% of North Americans are using Mobile Payments on a regular basis while 52% are extremely aware of the mobile payment, according to the recent survey by Accenture. 23% of millennials utilizes contactless payments at least once a week.

No doubt, payments have been one of the most recent areas in Fintech, and every user has been lining up to connect the party. However, Google comes up with an innovative hands-free payment system, which is easy and simple to use.

‘Hands-free’ payment, a piloting application by Google allows mobile (Android) users to pay in stores through voice-command. The company wanted to know what could be the future of mobile payments with this pilot project.

Right now, this application is being piloted in the San Francisco area and is being crushed to a small number of Papa John’s, McDonald’s, and nearby local eateries.

As Google focuses on the release of Android Pay, it increases the convenience of Mobile payments through Hands-free that could provide a competitive edge and increase adoption. Improved security and convenience can be provided by Google’s technology, however, user’s and retailer’s adoption is the key to its success.

To make payment with Hands-free payment, users just have to install the Hands-free application for Android and iOS, where their credit/debit card information and photos are collected.

At the time of visiting a Hands Free-enabled business, the user’s application will sync with POS over Wi-Fi or Bluetooth LE. When you are making payment, just tell a cashier that you want to “pay with Google.”

Now, the cashier checks the identities via photos in the POS system and reads the first and last initials to complete the transaction.

Back in 2011, Google Wallet was launched, however, some U.S. carriers blocked the services across most of the devices to save the development system, Softcard. Besides, many banks refuse to work with Google, as Google required personal information and customers’ purchase records.

Eventually, Google avoided the carrier block that held Google Wallet back, however, the mobile wallet didn’t get success against PayPal. There is an online payment application, FTCash that enables its users to make payment via credit/debit card for their daily utilities.

FTCash serves micro-merchant sector via mobile payment option. It enables micro-merchants to accept payment from their customers via multiple payment instruments such as mobile wallets, debit and credit cards. Recently, FTCash got 1 Crore in pre-series A funding from IvyCamp.


Read: Top 5 Online NFC Payment Apps That Are Secure to Use

We all have an idea that PayPal has already announced its own beacon solution by promising to provide “hands free” payment solution, where consumers have to pull out their phone last year.

This reduces friction for physical payments, unlike assuming that transactions in physical retail are synonymous to the POS-terminal. Replacing plastic cards with a mobile application doesn’t really solve for the end user.

There are many initiatives working on integrating payments to strengthen this development in the wearables and smart devices that lay the foundation for automated machine-to-machine payments among smart devices.

Is there any reason self-assisting device shouldn’t be able to pay?

When cars are self-driving, it is not possible to make payment by anyone. Payment feature should be automatically and based on the usage, and car would keep a track of all pay-as-you drive insurance, power consumption, tools, and parking.

Many tech companies have been arranging their resources around the mobile, as a hub for payments. Apple is focusing at the mobile payment through Apple Pay and filing patent for payments in iMessage. Another side, Amazon is focusing on Pay after scuffling its Register.

Moreover, Amazon is moving the ‘buy now’ button into the physical store with Amazon Dash, where you can order items that you need to restock on a regular basis through the push of a button. The messenger services are all integrating payments to their platforms like Kakao Pay, Facebook Pay, WeChat Pay and Facebook Pay.

Venmo has opened its API for third-party applications and capitalizing their first-mover benefit in P2P payments to increase to the merchant services, and Klarna is growing gradually through the potential of frictionless and smooth payments – both online and offline.

There are many retailers, who are attempting to stay pertinent with CurrentC and telcos are targeting emerging markets through Easypaisa and mPesa. Moreover, the financial sectors are struggling towards to stop payments from becoming a zero-margin product.

Google tried to take a position through the discontinued Google Checkout that followed by Android Pay and Google Wallet. Smart devices feature has the ability to restock and pay for supplies automatically and also ensure to make your smart home self-replenishing.

As we have seen an increase in the number of connected devices, we are just scrabbling the surface of payment in the Internet of Things. It becomes old to pay restaurant’s bill when waiter comes with the faux leather on a plastic tray.

There are companies like Tab, enabling patrons to book a table and order the food through phones, and then, place the phone away and enjoy the meal. In such companies, payment will be done automatically and the users will get a receipt by email.

From streamlining payments to integrating bills, security developments to mobile payment, everything is done cashless and invisible along with providing data-driven engagement platforms for customers, according to a recent report from Deutcsche Bank.

The less important side of an invisible payment is the potential additional decline in financial literacy, as spending moves from tangible cash, through plastic cards to a just background process. Fintech challengers and incumbent financial institutions should purpose to help users to keep track of spending in order to stabilize this effect in an expressive way.

One doesn’t get traditional cash and plastic cards in the future, as payment options will be context-based, and in most of the cases, payments will become “invisible” and incorporated into the services. Have you ever make payment for Uber through credit card? Yes. Sometimes it is good while sometimes it is not. So, we offer our client a mobile app development solution through Ftcash. Check out online merchant payment application, developed for Android & iOS.

How blockchain will transform the banking industry

Why Should You Go for a Field Service Management Mobile App?