Why Your Marijuana Dispensary Business Needs an On-demand Solution?

With the growing demand for the on-demand cannabis industry, if you have decided to build a medical marijuana delivery service solution to allow your patients to order weed from the comfort of their home, you are at the right place. Space-O Technologies provides a complete on-demand weed app solution for your cannabis dispensary business, giving your patients ease to search, order and get cannabis on-demand at their doorstep.

Today, it is the biggest opportunity for medical dispensaries as the on-demand weed and medical marijuana industry gives promising revenues with expanding across different states, including Colorado, Alaska, California, Oregon, Maine, Washington, Vermont and Massachusetts. Here, we help marijuana dispensaries worldwide to uplift their on-demand business progressively by having their own weed delivery app. 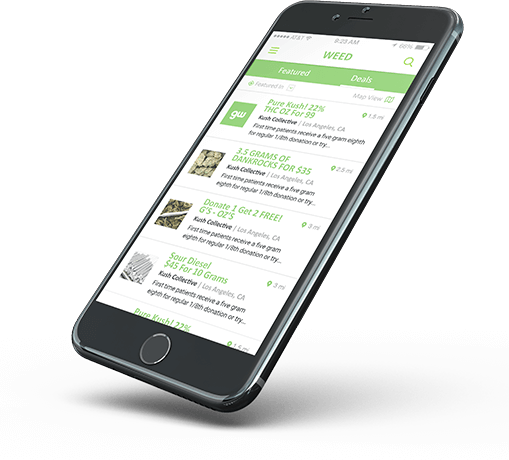 With the experience of developing more than 30 on-demand app solutions for the different industries, our mobile app developers have mastered developing the these important features.

Uber for weed allows users to register their account and easily manage it by simply entering basic details like name, address, contact number, patient id number, DOB and name of the medical director.

This feature allows you to keep the record of genuine users. Your end customers need to verify their status as a legal cannabis user that is as easy as just scanning their ID. They just need to verify it for once.

Using this feature, your customers can explore a wide range of weed products with their benefits and complete information like the price. This is where you can showcase as many items as you want to sell, to grow the overall revenue of your cannabis dispensary business.

Your customers can choose any of the weed product or medicine according to their prescription and order it with just a few simple taps. This is the most crucial part where most of the customers left, in case the design and flow is not smooth. But, from our developing experience, we make sure to make it easier for your end users so they don’t leave at this final stage.

After ordering, patients can make the payment for their order through integrated payment gateways, wallets and cards. Making payments directly from the app is what makes most of the customers think twice, but here we make sure to provide maximum security and safety to your customers for making payments online.

Patients can constantly track the driver after ordering their product and know the exact delivery time of their order. To give accurate tracking information to your customers, we make use of Google Map SDK, ensuring that your customers get real-time details of the driver.

While purchasing or exploring different weed products, your customers might have any confusion or query in their mind, so they can directly consult a doctor from the application, getting a solution for their confusion. They can discuss their problems and get a right solution for it.

This feature plays an important role when it comes to connecting you with your customers. Your customers will be notified for their order confirmation with the exact delivery time/date and total cost. Including this feature can also help you to promote products or offers to boost sales and improve customer experience.

Here, we understand the importance of getting feedback and reviews from your customers to improve your business and services. We include a review and rating feature in the app, allowing your customers to share their feedbacks, reviews and give ratings to your on-demand weed delivery service. 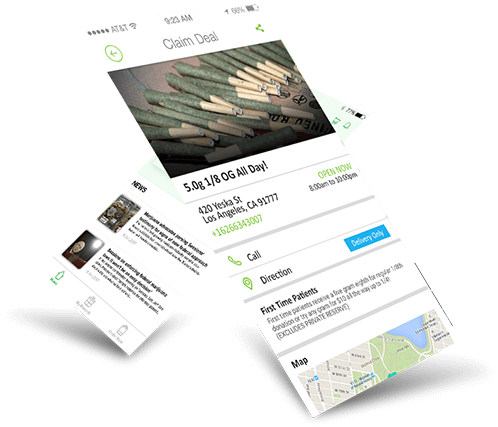 Technologies We Use to Develop On-demand Weed Delivery Solution

With the experience of developing more than 2000 apps successfully, our dedicated mobile app developers have expertise in the latest tools and technologies.

To develop a customized on-demand weed solution that allows your patients to order cannabis, track real-time details, make payment and get it delivered to their doorstep, our app engineers will make use of following technology stack for Android and iOS platforms:

Initially, our sales representative will comprehend your cannabis dispensary business and its urgency of delivering cannabis products to your patients. Then, along with the project manager, she will prepare a detailed document specification to meet your business requirements.

After preparing a detailed document specification, our Business Analyst will begin creating wireframes for all the screens that your on-demand weed solution will have. The wireframes will give you a clear idea about every single screen’s objective and makes sure that the app is on the track to serve both business and patients.

UI & UX Design of
the App

It’s time to design the weed app solution according to your business theme. With graphic, perfect color scheme, app’s subject and iconography, we make your app stands-out from your competitors.

It is the main stage of on-demand weed app development, where our team of on-demand app developers completely understand the goal of the app as a whole and for the specific feature that they are working on. Then, they code the entire app clearly that can be easily managed by you in the future.

Testing of the App

After the development part, our quality assurance team, who have already tested 2000+ apps, will test the first version of your app following the black-box testing method that is commonly performed for functional, non-functional and regression testing. To make your app 100% bug-free, the team makes use of a bug tracking tool, called Mantis bug tracker, that enables them to maintain and track the bug status.

Not only developing, we also take care of your app deployment, making you tension-free and relax. With the hands-on experience in the app deployment, we will deploy your application at the app stores (Google Play Store & Apple App Store) and its backend to your server to make the app available to your patients.

On-demand Projects & SolutionsDeveloped by Us

2Places is an on-demand transportation service provider app, allowing users to kid and elder-friendly transportation. Users can schedule one ride or book reoccurring rides at one time.

MRSOOL is an on-demand delivery app in Saudi Arabia. It offers a new experience, allowing people to order anything from store and MRSOOL will deliver it to your door.

Check it on iTunes

Bevy is on-demand alcohol delivery application that allows people to request for alcohol, snacks and tobacco from 5 PM to 5 AM across London. It delivers orders at local shop prices.

Notinger app provides a list of reputable attorneys to hire. People, who are looking for a notary, a loan signing agent or immigration help, can use this app and hire an attorney.

Glovo is a local on-demand delivery app in Spain that has raised 30M€ led by Rakuten and Cathay Innovation. It picks up anything from food to flowers to pharmacy and delivers it to the customer.

Why Space-O Technologies to Develop Your Medical Marijuana Delivery App?

Space-O Technologies is a leading on-demand app development agency based in India. We also have our offices in the USA and Canada. Here, our team will develop high-end and GPS-based on-demand weed solution that enables your patients to access your weed dispensary online, explore different products and order it with just a few simple taps. Overall, our complete Uber for weed solution will help your medical dispensary to serve your patients requesting cannabis within the legal parameters.

So, choosing us as your on-demand cannabis app development partner can benefit you in many ways like:

"I value the support that Space-O Technologies has offered. Their team is very receptive to making adjustments and improvements. Their team had no issues with change requests and their project manager always provided great solutions. Furthermore, their commitment to client success and fair pricing makes them the go-to partner for future projects."