Airbnb has a name and reputation of its own in the lodging and property rental business. In and within 5 years it has established itself in such a way that house rental services has become synonymous with Airbnb. But when it has only just begun, with the 3 co-founders working hard, it was difficult for them to even sustain week by week. At the very beginning, they saw proof of this sort of a service working out very well, which was true. And seeing a gap between the demand and the resources/supply, they thought of setting their feet deep down.

Brian Chesky and Joe Gebbia were the ones who brought this idea up, calling Nathan Blecharczyk later on as the third partner in crime. Together they chose to invite people from San Francisco, who had extra property, land, rooms and beds to rent, asking them to send pictures of the available places.

While it did work out well for a few days, their business started to come down to a standstill wherein every week they used to earn a round figure of 200$. It was almost when their business was about to close down when, they tried their last desperate attempts at saving it. Some of these attempts were scalable and some were unpredictably non-scalable. And these attempts turned their company from a failing to a successful startup with a billion dollar business.

So, what made the Airbnb app, grow from the failing startup to a billion dollar business?

When their startup had come to a standstill without going upwards or downwards and Airbed & Breakfast was under the threat of shutting down, the three founders decided to find out the root cause of this problem. After an extensive research they came up with a problem, that was an unconventional sort. According to them, all the 40 houses that were listed up had very bad pictures, that could not even show how the lodging might look. While they had no proof this was the real problem, they made an attempt at solving it by renting a good camera and visiting all the places registered with them and clicked fresh pictures. This fluke turned out to be a correct solution for the problem making Airbnb grow from $200 to $400 and then more, every week.

The ‘Star to Heart’ Change

Soon after the layers of success that Airbnb bagged, they started employing enthusiastic people who could get the wheel going. They allowed the team-mates to be pirates, go out on an adventure and make a suggestion or observation on Airbnb. An employee was therefore assigned to reevaluate the ‘star’ function of the earlier version of Airbnb app. After a whole day, that designer came back to suggest a change. He thought it would do the company good if a ‘heart’ function was used instead of a ‘star’. When implemented, this idea turned out to be a master blaster and the simple and non-scalable change from a star to a heart increased the user-app engagement by over 30%. They tried new things and shipped the stuff. 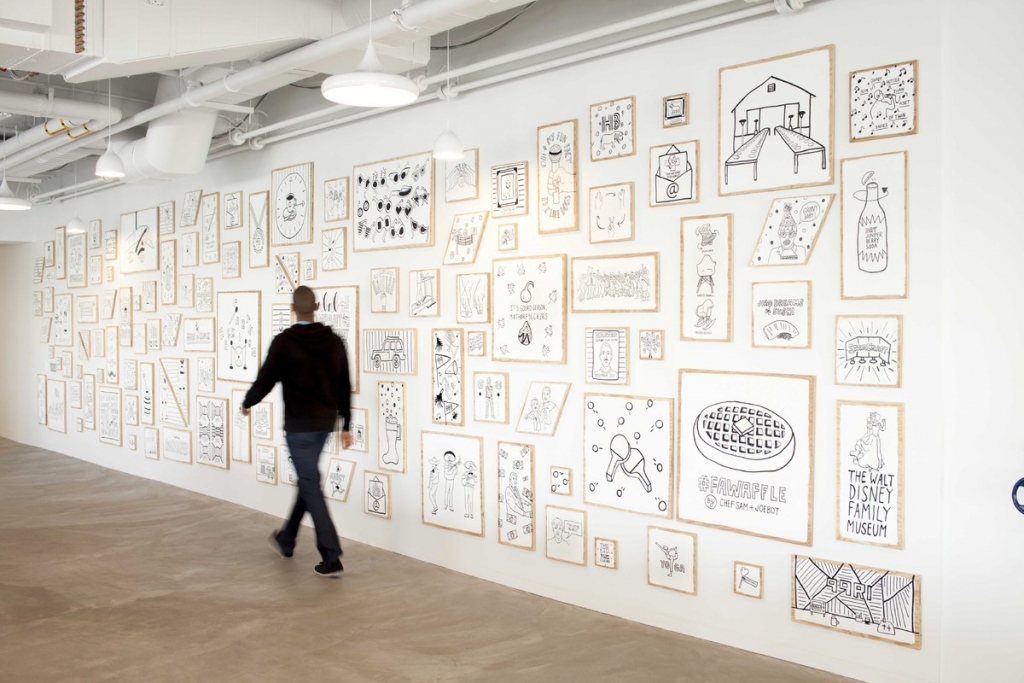 Being in Silicon Valley the technical air had gotten into the 3 founders. So they started working towards making website and mobile apps. While it was not just the technical side that was responsible for the success of Airbnb, it played an unforgettable part in the process. According to Skift, “Airbnb is now getting more than a fourth of its traffic from mobile and is looking to mobile to make hosts more responsive and boost revenue.”

As most people suggest, the sort of business Airbnb does now, has been leveraged by the presence of mobile and web app. This step wasn’t new or unconventional according the era in concern, but that doesn’t take away the credit from the power of technology.

It is very common for startups to attend startup seed funding events like Y Combinator, Disrupt and more. Even Airbnb’s founding members did not leave the chance behind by being a part of the three month camp and the main event of Y Combinator. It is said that this experience made them prepared for the main battle to come. One can surely say, Y Combinator’s $20000 Made AirBnb a Billion Dollar Brand.

“At YC, we were challenged to do things that don’t scale — to start with the perfect experience for one person, then work backwards and scale it to 100 people who love us. This was the best piece of advice we’ve ever received.”

If Airbnb had stuck to the normal, common ways of growing their business, then it wouldn’t have been possible for them to go beyond the ordinary. Their success has sprouted out of the scalable and non-scalable risks and decisions they had made during the course of these 5 years. What is more to come, is for Airbnb to show and the world to see.

Airbnb became what it is today because of the carefully chosen features of the app. Do you own and lodging or property rental business? Need an app like Airbnb? You’re just a click away.

Weekly Roundup: Got A New Mobile App Idea? Check Out Our Weekly Guide And See How To Make Your Mobile App Popular