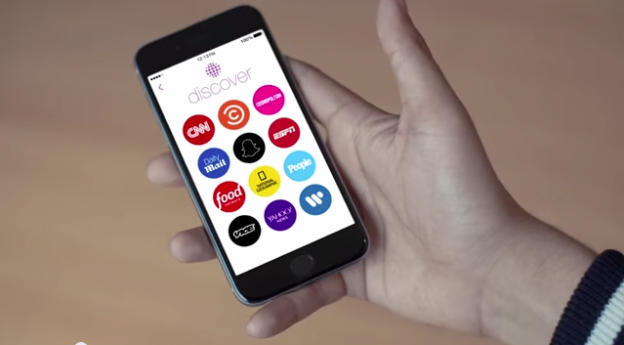 On one hand, the Snapchat is performing quite well, with a huge user base on the Millennial market and valuation between $20 to $25 billion. Snapchat says their app is being used by 41% of people aged between 18 to 34 year-olds and has currently 150 million Snapchat daily active users.

While all this sounds pretty good, but given Facebook’s strategy to add every Snapchat like options surely had somewhat of an impact on Snapchat growth.

Moreover, ever since Snapchat Stories is being copied successfully by Instagram, and other Snapchat clone chat apps are on their way, Snapchat is now focusing on its unique Discovery Section.

Recently, Snapchat has got a $250M investment from Saudi Prince for 2.3%. The Saudi royal family helps Snapchat to survive in the market despite losing $353 million this quarter. Prince AI-Waleed Talal has posted one video on Twitter, informing that he has invested $250 million in exchange for 2.3% stake in Snap Inc.

Furthermore, as per the latest report from Business of Apps, “The revenue of Snapchat has jumped 43% driven by self-serve advertising platform.” Additionally, Snapchat has experienced an increase in revenue of 43% year-on-year to $298 million while lessening to $118 million from $325 million during the 3rd quarter of 2018.

Snapchat’s discovery section, which is full of mobile-only daily magazines from the professional publishers, will be evolved into a premier place for premium mobile videos.

Also Read: Why SnapChat Decided to Integrate Emoji Inside a Video?

It’ll be a curated destination with similar quality that you see in classy channels like HBO. This, in fact, is Snapchat’s new revenue-generating strategy as Snap’s hardware, the Spectacles isn’t making any money yet, Snapchat could really use this revenue stream.

Furthermore, this constant stream of Discover editions is filling Snapchat with professional content with which, it could be possible to drag new and the lapsed users back into the app.

The new Snapchat Shows will appear as featured titles below your friends’ Snapchat stories and in the discovery section. Snap earns money from them by inserting ads in between these episodes, and use a part of that cash to pay the creators.

The Snapchat Shows will be similar to Snapchat Stories where people can tap to fast-forward to the next scene without filler moments you see in 30 minute or longer general TV programs.

In fact, IDC and eMarketer says that U.S. adults spend 26% of their time consuming content on mobile platform, but only 13% of U.S. advertising goes there. This imbalance clearly forecasts that a ton of advertising money is shifting to mobile, and Snapchat is all ready to soak them up.

However, it’s not that only big brands could achieve this. There are certainly many startup apps like Snapchat, Instagram, Uber, etc. that entered mobile app market.

Take Instagram Stories for example. They not only stole the idea of Snapchat Stories, but they did it in a way which overwhelmed their entire user base. Similarly, for your Snapchat clone app development, there are number of possibilities to generate bunch of cash through your startup idea. Plenty of video platforms have already started producing mobile-first, original, and professional content. This means, the video advertising market is quite huge and there are Entrepreneurs already taking advantage of opportunities lying around in the market.

If you still have any query or confusion on developing an iphone app like Snapchat, then you can get in touch with us through the below-given form and one of our sales representatives will revert to you within 48 hours. The consultation is absolutely free of cost.

Have a Startup Mobile App Idea in Mind? Let's Discuss!

How to Conquer Uber for Trucking Logistics Industry in the US: 3 Actionable Tips to Make a Successful Uber Freight App