Never ask, “How Much Will An App Development Cost Me?”

How much does it cost to make an app like Uber, Whatsapp, Tinder, or Snapchat? – A typical question
$10,000, for a minimum viable product (MVP) – A typical answer by every app development company

Now the concern about money and monetary expenses when there is no guarantee is usual and understandable. However, without finalizing the idea, before finalizing the team that will develop your app, before even doing a basic research on the kind of apps that work on Google Play Store or App Stores and looking out for similar apps that are famous in the category they wish to enter; this question isn’t worth it.

Well to say so typically an app’s cost depends on many factors and mostly those factors are decided by YOU only. Especially factors like the ones mentioned below:

And while some of these questions are easy to find an answer for, the others need constant discussions and plannings to decide. Now then, before anything has even been decided and before any information is been shared, how can this question be answered?

Now then, even after every above question being answered, your main question cannot truly be answered.
Why? Here’s Why.

Because every other person who wants to develop an app wants a ready-made Uber or WhatsApp or even Tinder; as they are today. So everyone, including you, we are sure, wants a formula that gives instant success and is a clone of the most famous app in the town.

But what they do not understand is that these apps basically started as something else and something small. Then after understanding the market and the requirements of the market, they grew and kept on growing step by step. And now, after years, they are what they are. Also when they made the first version of their app, it might have cost them $10,000 to $25,000. But now, years of changes later, they have almost invested millions in the app, you want to create like, with $10,000 and in 5 months.

Not convinced yet? Okay then, here are the stories of apps that are the heroes of app stores on how they started. Geronimo!

The most famous cab servicing ever given all over the world; Uber. It started as a cab providing company in 2009, limited only to San Francisco. and then from finding success to slowly providing wheels to everyone, everywhere is a dream come true for Uber, which they have fulfilled after 6-7 years as a “highest valued startup”. 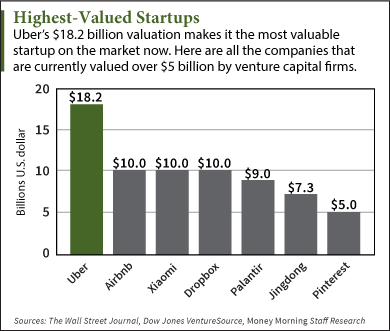 Started as Facemash; Facebook was basically a website that posted two pictures of two Harvard college students, and the rest of the students vote for the best (politely saying.) And now, Facebook, the famous app, and website, taking out new versions every other day, is the lifeline to all the social butterflies (intending to mean all of us.)

Also started in 2009 as an app, with only an iOS version and only a few basic levels or possibilities. Over time, Rovio made a corresponding Android version and started adding new chapters and features, making it an addictive game.

So, launching in competition with chatting apps like BBM, WhatsApp thought of making an app that everyone can use, across devices and OSs. Now, others are launching apps in competition to WhatsApp. That’s the mark of a good, successful journey.

An app made by Space-O Technologies is a famous E-butler type of app in Spain. The low-cost app is now ruling the whole of Spain, doing any work anyone wants them to do, from delivering mails, things to booking tables for lunch/dinner. This app was not a cost-heavy app, but the idea and uniqueness made it be a successful app.

So what should be our next step, you might be thinking!

Be good and be big! But in a different way!

So, now that you know that these big and bigger heroes of the app stores had started small and then grown from there to be what they are now. First and foremost, you too need to make a plan. What kind of an app you want to make, in detail, with a list of the features you want this app to have and then filtering the features that are ultimately necessary and the ones that can be added in phase 2 or 3.

For your ease, here is a list of apps under different categories that you can refer to get an idea of which features you should include.

Once you have made final decisions on your own then go to the app development company of your own choice (for which you have to do market and internet research.)

Then, explain in detail where you want your app to go and which purposes should it serve. Now, be prepared to be intervened as the app development company will suggest changes, based on their expertise and experience. The final decision will obviously be yours. Try to make sure the first app you make is a minimum viable product, to make sure that the experimental stage passes by with fewer expenses involved.

Now then once the app is designed and developed, what is left to do is to make sure, everyone knows the worth and value of your app. So marketing is very important. As for everything else, even for marketing, you need to research what kind of marketing gigs can be successful for an app of the category you have made. So do your research well and choose the means of marketing your app. Once the initial cost is covered and profit starts to make an entry into your pockets, it is then that you need to think of phase 2 and so on.

The most important question is, what value does an app provide for your business and how can you gain maximum value from it.
But this cannot happen if your app making process starts with the wrong question of; ‘How Much Will An App Development Cost Me? ’

So if you have any innovative idea and want to turn your idea into a successful app, leave us a message now.

Need for the Christmas Planner App

Want to Develop a Marijuana Delivery App? 3 Lessons That You Need to Consider for Your Online Medical Marijuana Dispensary

How to Make a Banking App Like Monzo? 6 Step Process to Develop a Successful Banking App