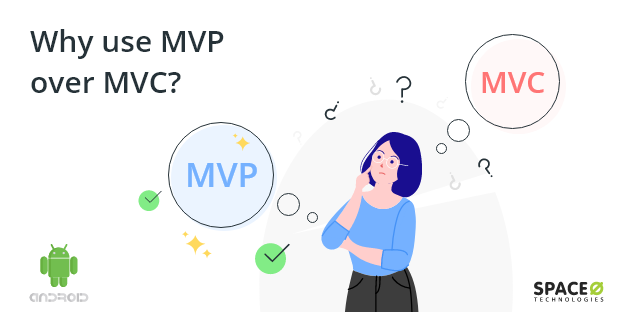 In the modern world of technology, an architectural pattern with an efficient decoupled system is recognized as a crucial virtue to any corporation. This is due to the fact that a decoupled system can lower the value of maintenance cost. It also helps android app developers to make instant modifications in the coding part without affecting the entire system.

Further, the decoupled system promotes parallel development. It can divide work among different android developers, which will cut down the development time.

Herein, we are going to explain the two most famous patterns of Android application architecture. They are called MVC (Model – View – Controller) and MVP (Model – View – Pattern).

Before figuring out which Architecture of Android pattern is the best, let’s have a look at some of the conditions as to why does an app needs a good architecture? What does an app get from an ideal architecture? And, the different types of architectural patterns.

Why Does an Application Need a Good Architecture?

One of the simplest answers is that everything should be planned in a proper way, and this is something, which is bound to happen when it comes to Android app development. In this way, if you are going to work on any Android project, then it needs to be done by choosing an app architecture first.

In case, if you would not choose the right one, then you could probably face the following problems during the app development process:

If you are planning on developing an Android application, check out the following points –

What Does an App Get from an Ideal Android OS Architecture?

Currently, there are three major architecture patterns for Android applications, such as:

Want to Develop an Android App?

In this era, where the UI (User Interface) logic inclines to change more frequently than the business logic. Therefore, developers were finding out the way of separating user interface functionality. 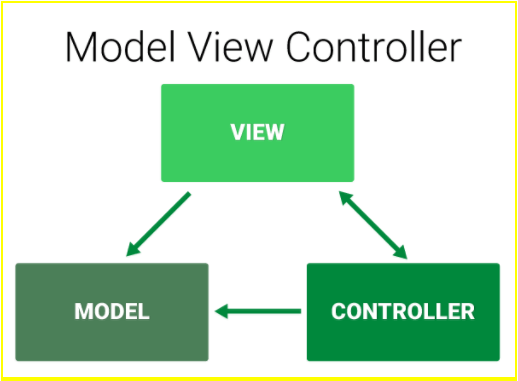 It is the data layer, which is responsible for managing the business logic and handling network or database API.

It is the User Interface (UI) layer. It is a way of representation of the data from the model.

It is the logic layer. It gets notify the user’s behavior and updates to the Model as required.

A few years ago, Android developers started using MVC architectural pattern in the process of creating an Android app. But the app was far from being robust due to using MVC pattern. Robust was not only the hurdle faced by developers, but the code was not cleared.

We found two reasons for this problem –

All in whole, MVC is not meant to suffice developers’ needs. There are some reasons because of which developers abandoned the MVC:

– For developers, it is impossible to perform the unit test on their own.

– What is the best architecture pattern for Android applications?

– How can you apply that pattern in the most effective way?

One thing that you need to understand is that there is not a single architecture that can fulfill the project’s needs. This is due to the fact that every design pattern is abstract, plus its implementation also depends on specific requirements.

Therefore, Android app developers can pick different architectures according to applications. Even though, in a complicated project, each module possesses its own structure.

When it comes to choosing between those architecture patterns, MVP is strongly recommended in the Android application development. The definition is not always an interesting part, yet it is super important.

Definition: MVP is a derivation of the MVC (Model View Controller example) architectural pattern. It is used for building user interfaces.

In general, the MVP pattern allows separating the presentation layer from the logic. It means that everything from how the interface works to how it represents on the screen. MVP is a user interface architectural pattern, which eases automated unit testing and it is responsible to provide clean code. An MVP is a derivative of the known MVC. 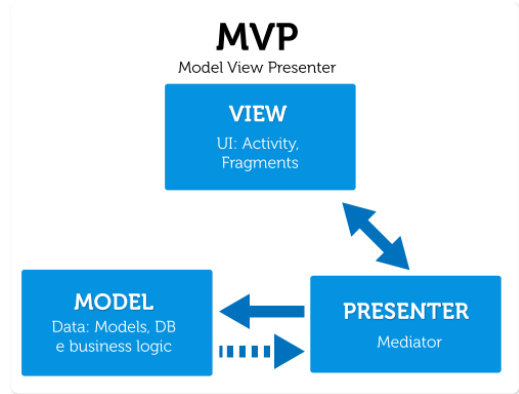 MVP is one of the patterns, which the Android community prefers at this time.

In Android, the application should be easily extensible and maintainable. Therefore, in order to maintain the level, it is important to define separated layers well. And, MVP makes things easier for developers and it makes the views independent of the data source.

Here are the key differences between MVC and MVP:

However, in order to separate interface from the logic is not at all easy in Android. MVP (Model – View – Presenter) makes it easier to avoid hurdles for android developers. In large android projects, it is pivotal to organize the code well. If it would not achieve, then it is impossible to maintain and extend.

Want to Develop an Android app?

To close things up, MVP does a great job than MVC to breaking down your app in the modules.

In an MVP, when you build an app, which is based on an Android framework, then there is no need to create the ‘View’ constantly. The objective of MVP is to make views reusable.

As a conclusion, it is possible to say that MVP (Model – View – Presenter) is highly recommended for Android developers to build up an agile and scalable android application with minimal cost as compared to MVC.

So which pattern is the best suited for you? Share your thoughts with us.

In case, if you have any queries related to Android architectural explanation, design patterns in Android, Android architecture component, mobile app development process, how to develop Android apps from scratch, or how to hire Android app developer, get in touch with us through our contact us form. We will revert to you as soon as possible as we are one-stop solution for custom Android app development best practices. Our sales representative will revert to you as soon as possible. The consultation is absolutely free of cost.