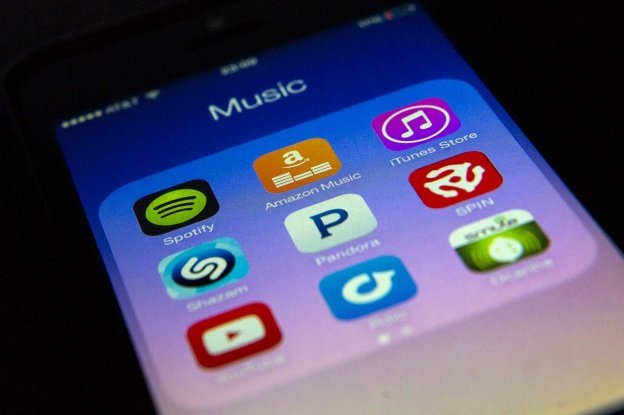 Music On Demand is the Future of Live Streaming.

Looking to the past year’s data, the total volume of music on demand streams, including video and audio streams from Apple Music, Spotify, and Pandora, increased by 93% in the United States.

There are an ever-growing number of streaming music services available through the Web and mobile app.

However, choosing the online player that best fits to your requirements are a difficult task.

There are some popular online streaming music service providers that you might be aware of, however, there are also some newer services launched in the last 12 months, while some popular have changed the features. Actually, online music streaming services help the video star to rise and help them to come back.

Americans are listening songs through online audio streaming than they are consuming through music videos. With this, the importance of music is highlighted and it could also help artists to get more paid.

According to the BuzzAngle, Americans are played 114 billion audio streams on apps like Spotify, Apple Music, and Tidal while watching 95 billion music video streams on YouTube. This represents a big revival for pure listening since the growth of MTV.

Apple Music and Spotify charge $9.99 for unlimited access, and thus, we can come to know that music on-demand streaming apps earn maximum from the paid subscription services.

While recently, YouTube launched its own ad-free subscription services that allow users to watch free video, but with ads. Royalties from subscription music services bring more revenue than ads on videos and earning musicians more per listen.

Apple might have better luck to get a loyal audience, who purchase more of its pricey hardware if it gains people for its Music app. Meanwhile, Spotify just raised $1 billion in liability with the dirty terms to start the fight. Spotify has a hope that its free ad-supported tier can be more effectively recruit listeners and may convert them to the paid subscribers.

However, Spotify is a facing a huge $1.6B lawsuit for copyright infringement from Wixen Music Publishing, saying that Spotify have been using many of its songs without a legitimate license.

According to a TechCrunch report, Wixen proposed a $43M settlement against Spotify claiming that Spotify has knowingly & intentionally replicate many of the songs on the internet.

Developing music on demand streaming app is itself a challenge in this competitive world.

According to the recent Recording Industry Association of America’s report, the revenues from the music streaming apps beat all other categories like physical product and digital download.

You can also combine above effective monetization models and create your own best strategy that provides users’ retention and loyalty.

Want to Create Your Own Music On Demand Streaming App?

Carenga music app allows sharing music with the loved ones and thus, show the care for them. Carenga allows to create playlists, search and listen to songs.

WavLinkz is another music sharing app that connects individuals in the provided area with the latest and popular music available. It allows users to search from the database through the established mediums of both SoundCloud and Spotify. WavLinkz app allows you to share your favorite songs at the moments, listen to the trending songs, Like and Save songs.

These two music apps are just examples. We are developing apps for every platform, according to the client’s requirements. Are you a music-lover? Want to develop your own music app?

From BYOD to WYOD: Enterprise Mobility Strategy Has Matured Over Time