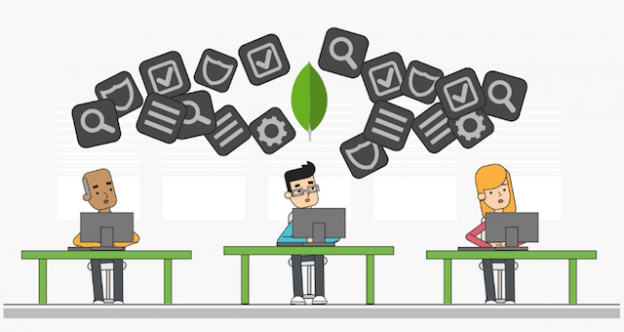 MongoDB enters into cloud computing with a database as a service, MongoDB Atlas, announced at its annual developer conference in New York City on 28 June.

MongoDB Atlas service is available for users internationally on Amazon Web Services for now. But soon, it is designed to be deployed on Microsoft Azure and the Google Cloud Platform as well. The newly announced MongoDB Atlas is developed for scale and supplied as a cloud service with infrastructure and turnkey management.

The concept of MongoDB Atlas is very simple. It provides a cloud-scalable database service and ready-to-use turnkey solution over to the client. It allows software application developers to use the database and do development faster than before.

MongoDB Atlas! Database as a Service for MongoDB. Now you can create deployments in minutes. #MDBW16 #DBaas pic.twitter.com/E3krsRbnlH

MongoDB Atlas provides all the features of MongoDB with no operational heavy lifting needed for any new application. Atlas is available on-demand through a pay-as-you-go model and billed on an hourly basis that let developers focus on what they do the best. It’s easy to use Atlas, as it has a simple GUI to choose instance size, features, and region.

MongoDB’s VP of Strategy, Kelly Stirman said that he believes most developers love MongoDB, as it creates them productive.

“MongoDB is great for developing the application,” he said. “but when it comes to deploying the application in production, that’s where developers can get stuck. With this, we took all the experience we have supporting large systems and deployments in production — and the software we developed to help people. As a user, you don’t need to know much more than where you want to deploy and what size database you need.”

Amazon also provides its own NoSQL database with DynamoDB. But Stirman argues that companies are bounding themselves into Amazon’s platform by using this service. He said, “Our strategy here is to give you independence from the underlying cloud provider and let you find the providers that has the best set of SLAs and region support — and you can continue to use MongoDB even if you change the underlying cloud provider”.

According to the firm, now, software application development professionals shouldn’t have to worry about operational tasks like patching, upgrades, provisioning, configuration, backups and failure recovery. This service delivers elastic scalability by scaling up on a range of instance sizes or scaling out with automatic sharding with a claimed zero application downtime.

For example – Database sharding is a huge quantity of data and developing more than two smaller quantities as thinner ‘shards’ that can sit next to each other. In practice, this procedure is quite difficult, as it needs hand hard coding and develops complexity in terms of various shards requiring to be networked together all without suffering from latency. MongoDB’s automation is intended to make the whole process better and easier.

The cost of MongoDB Atlas is minimal, however, it depends on the size of primary AWS server you want MongoDB to delivery for you. Apart from the new Atlas service, MongoDB also offers its connector for Apache Spark. Now, MongoDB users can use Spark’s analytics processing engine to query live MongoDB data. Databricks, the creators of Spark, worked with MongoDB on this incorporation.

SPACE-O + MongoDB = The perfect MongoDB solutions for mobilizing your apps with NoSQL database.

Looking for MongoDB Development? Talk to Our Experts!