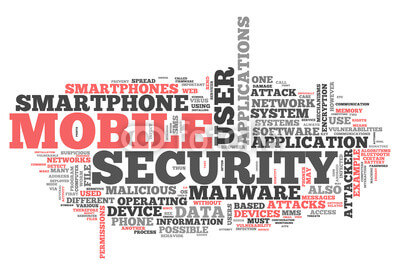 There is no doubt that mobile devices have become common among people, and they’re using smartphones every day for a number of activities such as shopping, socializing, staying up-to-date with news, ordering food, booking taxi, and what not.

Despite the number of smartphone users today, the mobile app developers did not consider mobile security important. For example, if you forget your phone at someplace, anybody can figure out a lot of stuff about you. Even if the phone is locked, it’s still possible to know the news you read, apps you use, or messages that you haven’t opened from your contacts.

In short, the smartphone in your pocket is the root of your private information, even if it’s locked. Although, It’s not that the current mobile security methods are not strong, but it’s just that why can’t we use best advanced security for that extra edge?

Because, after all, best mobile security is what we need or deserve in upcoming days. In fact, Facebook is also working on customized filters for nudity and violence.

Facebook is planning to give you power to define how much nudity, violence, and graphic content you’re comfortable seeing. Soon, Facebook will start asking questions so people won’t have to dig around in settings. And, people who doesn’t participate, the default will be whatever the majority of people in their region selected.

Similarly, the mobile apps must be built-in and immutable unless given person’s explicit permission. Mobile apps, available in Apple’s App Store, Google’s Play Store, and third-party marketplaces are dominant in the form of providing value to users, but are these mobile application really secured and protected from hackers?

According to a recent study from Arxan determined that of all mobile apps distributed:

By looking at above statistics, it’s sure that the numbers are alarming us to increase mobile security as much as possible.

Even for Entrepreneurs, who wants to enter mobile app market with their startup ideas must hire app developers who are capable enough to write secure code for building a secure mobile application.

The reason is, mobile malware often exploits vulnerabilities in the coding of mobile applications which hackers target. In fact, even before any bug or vulnerability is found, hackers can get a public copy of a mobile application and reverse engineer it. Such mobile apps are repackaged with malicious code and being posted on third-party markets to trick users.

A recent research by Infosecurity shows that the mobile applications containing such malicious code are infecting more than 11.6 million mobile devices, and this number of app malwares are growing fast.

Therefore, App Entrepreneurs should look for a mobile app development company to detect and close security vulnerabilities with such a format of code that can be protected from reverse engineering and tampering of your startup apps.

Have a Startup Mobile App Idea in Mind? Let's Discuss!