Medical App Development: A Future in the Making 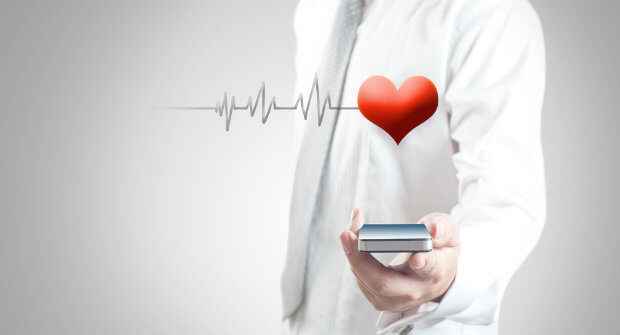 Have you ever suffered a long illness because a doctor wasn’t able to diagnose you correctly?

Citing a compelling example, the App Association‘s Executive Director Morgan Reed, at the Consumer Health IT Summit, said that a man died of cancer five years after he was sent home by a busy doctor who misdiagnosed a mass in his chest as mere chest pain.

His example only points to the necessity of patient-doctor transparency, wherein the patient is empowered with information of his health, and can decide a further course of action for himself.

Medical Apps Are On the Rise

There is an increasing awareness in patients about medical health, and it’s giving rise to a new set of questions. Research is being done every day to reduce the minutest possible flaw in the health care system.

An article on the work of Steven Lin, MD, a clinical instructor at Stanford and who is also the co-creator of two medical apps, says,

Dr. Lin noted the large gap between what he had learned in medical school and what was happening in practice. He had knowledge but it was often difficult translating that knowledge into point of care practice.

Doctors are human but Technology is not. Medicine has, thus, resorted to the use of Information Technology in the recent years which is why we have been seeing so many useful medical apps in the market.

What Are These Medical Apps After All?

Mobile medical app solutions are a reliable source of patients’ data, which can be accessed on the go, and which in turn is capable of reducing medical errors by 75%.

For a doctor, a medical app is a mobile patient management system to store and access records of patients and their medications, manage patient appointments, and research for medicinal purposes. Doctors can consult each other effectively and efficiently without losing precious time. It can also reduce the communication gap between doctors and patients to a great extent.

(Have a look at our medical apps portfolio)

According the government in US, the main concern is that only 30% of health care providers have given patients the access to their patient records in 2014.

Data collected through a survey conducted by NORC at the University of Chicago in 2013, says that only 28% patients had access to their information online. But, out of those, most had accessed it more than once to monitor their health, share it with family and other doctors, download it, and transfer it to another device or an app.

In another survey, 88% of the patients who had access to their online records found the information to be of a great help.

To this Morgan Reed concluded, “It proves that consumers have an enormous hunger for better user interfaces to interact with care providers,”

At Space O, We do medical app development and build beautiful apps that people love to use. If you are looking to build a radical new medical app, we are happy to discuss with you.

One thought on “Medical App Development: A Future in the Making”

How to Build a Taxi App Like Uber in This Competitive Taxi App Industry? Essential Features and Key Factors That Contributed in Uber’s Growth