Prisma is one of the newly launched art filter photo editor app, launched by Alexey Moiseenkov, a Russian programmer. Alexey Moiseenkov is the leading programmer at Apple’s App Store ranking in Russia and many neighboring countries like Latvia, Moldova, Estonia, Kazakhstan, Ukraine and Uzbekistan. 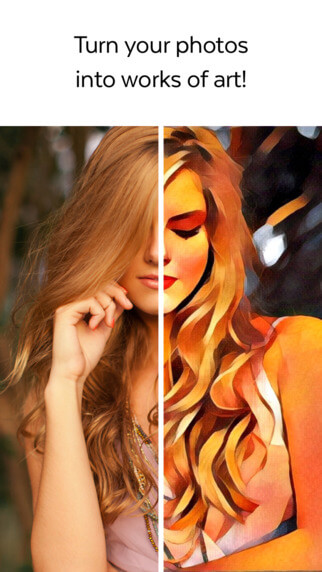 Prisma, the best photo editing app, is popular for turning smartphone photos into stylized artwork. However, it’s reverse process of transforming artwork into a picture is no less attractive. And, it is not far from becoming real, said researchers in the Netherlands.

According to the latest news from TechCrunch, Prisma Labs, the startup behind the style transfer craze, has a new AI-powered iOS application for retouching selfies. This Android version of the application that is known as Lensa is slated as coming in January.

As per another latest report from TechCrunch, this Moscow-based team behind Prisma has raised a $6 million Series A that led by early stage artificial intelligence focused VC firm named Haxus.

Researchers at Radboud University have accomplished to do something unique and interesting. They have used thousands of photographs and trained a deep neural network to take a hand-drawn sketch and make a photorealistic portrait from it. The team has reversed the process by using a new method called Convolutional Sketch Inversion in popular picture apps, whereby faces are changed into sketches.

The team said that the innovation could have important implications for forensics by turning sketches based on eyewitness accounts into roughly a photo-recognition tool could use. The Radboud team starts with a dataset of 200,000 faces taken from the internet. They have converted these images to grayscale sketches, line drawings, color sketches by using standard image-processing algorithms.

This thing creates a substantial training data set to teach a deep convolutional neural network with 11-layers to perform the activity in reverse that means it turns a sketch into a photorealistic color photograph of a face. The team then place it thru its pace by using another data set, as they have trained the net. This task is for neural networks to begin with the sketch and create a photorealistic image. The results are impressive, especially when the neural network began with line drawings.

The team said, “We found that the line model performed impressively in terms of matching the hair and skin color of the individuals even when the line sketches did not contain any color information.”

The reason seems strong. “This may indicate that along with taking advantage of the luminance differences in the sketches to infer coloring, the model was able to learn color properties often associated with high-level face features of different ethnicities.”

Scientists said applications, having neutral network functionality could include fine arts for tuning self-portraits into something similar to a photo. However, for turning sketches based on eyewitness accounts into something a photo-recognition tool could use in forensics.

“We were inspired by the recent work on neural-style transfer, an algorithm to reimagine photos in the style of artworks,” Yağmur Güçlütürk, 29 and Umut Güçlü, 30, the two PhD students in cognitive neuroscience who developed the study together with Marcel van Gerven and Rob van Lier.

Yağmur and Umut describe a technique to reimagine a photo of the city of Tübingen, Germany, in the style of The Starry Night, the oil-based canvas painting by Vincent van Gogh. “This example got us thinking about its inverse problem. That is, what the artworks of Vincent van Gogh would look like as photos,” Güçlütürk and Güçlü wrote.

Read how Güçlütürk and Güçlü describe how their software that uses artificial neural network works:

“Let’s say that I, scientist, want to teach you, artificial neural network, how to convert sketches (inputs) to photos (outputs). First, I construct a very large dataset composed of sketch and photo pairs. I give you the sketches and ask you to convert them to photos. Randomly, you choose a strategy and give it a go. At first, your photos would not look like the photos in my dataset. I compare your photos with the photos in my dataset and point out your mistakes. Based on my feedback, you adjust your strategy and give it another go. Gradually, the quality of your photos would improve.” 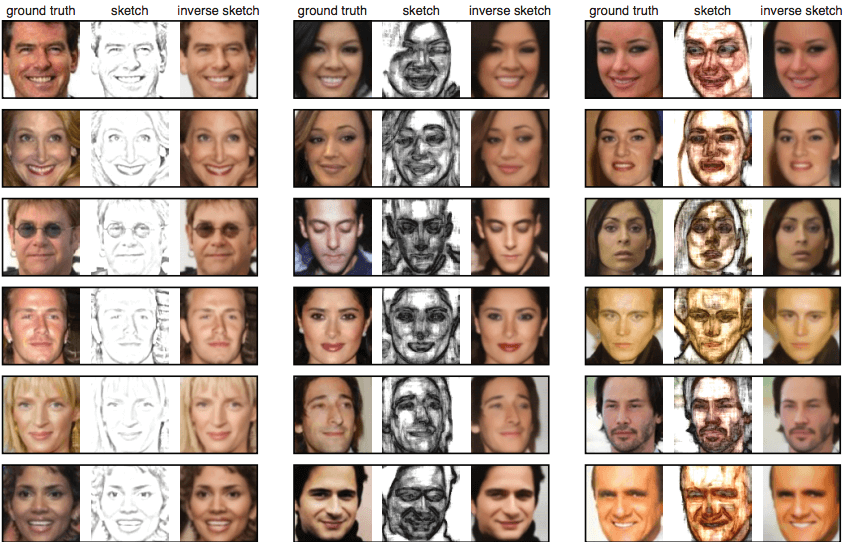 Repetition played an important role in teaching how to match sketches and photos. Güçlütürk and Güçlü wrote: “We repeat the last two steps over and over again. Finally, your photos would look like the photos in my dataset. If everything goes well, you can use your newly learned skill to convert not only the sketches you have already seen but also the sketches you have not previously seen high-quality photos.”

Now, Güçlütürk and Güçlü are looking forward to checking how they can bring their work to market. They are thinking to develop a camera app with neural network functionality for monetizing their work.

Prisma converts photos into artworks by using the styles of well-known artists: Picasso, Munk and the world’s famous ornaments and patterns. Prisma application is the unique combination of neural networks and artificial intelligence that help to turn memorable moments into enduring art.

We also create the reverse of it by using neural networks. In addition, we can also add a lot of editing options like filters like an Instagram app, crop and add text option as we have added in our slideshow maker application. As most of the photo manipulations are pixel-based, so we are accessing the pixels of a picture to develop a photo editing app with better features like

→Upload photos from the gallery of the device or take a photo with your camera
→Edit photos with a unique set of tools
→Save photos
→Registration
→In-app Purchases (stickers, effects, stickers, frames, overlays)
→Advertisement

If any client has a different idea and a different approach to implementing the photo editor, they can use their creativity and beat their competitors. It’s always a good idea to make a proper strategy before proceeding with app development.

Searching for a Mobile App Development Company who can build an app like Prisma – Art Photo Editor?

Space-O Technologies is a leading mobile app development companies, developing different categories of apps for Android and iOS with access to its built-in components. We have more than 40 app developers, who have already developed many photo editor apps.

We have developed a photo app, Smart Splash with a special smart brush that allows a user to reveal one color at a time in black & white photos. We have also integrated more tones and colors options to make an app more attractive.

Do you want to add listed unique features in your next photo and video application? Contact us and Let’s work together to turn your idea into a reality today with our quality and cost-effective solution.