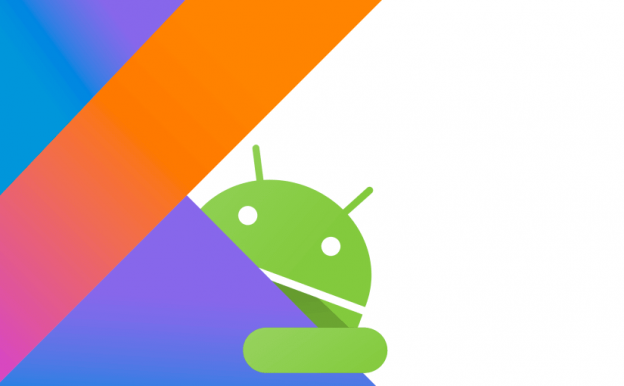 Furthermore, since Google, I/O 2017, the growth rate of Kotlin has jumped dramatically all over the globe. This is what you can see in the below image.

A programming language, Kotlin is developed from JetBrains (the developers behind the Android Studio), and maker of the world’s best IDEs (Integrated Development Environment). Undoubtedly, the Kotlin community is constantly growing, and everyone is talking about it. So, we’ll briefly know about Kotlin, and also discuss how this programming language is different from Java.

An Overview of Kotlin (Programming Language for Android Development)

How Kotlin is Different From Java

Kotlin also works with Java at the same time. It means that you can add the Kotlin code to the existing project whether it is based on Java language. Due to Kotlin’s bi-directional use, Android developers are able to call into Java language from Kotlin or vice-versa. That’s why Kotlin is quite different from other languages.

Now, moving ahead! In the year 2011, JetBrains had started working on Kotlin, a statically typed programming language, which runs on a Java virtual machine (JVM). Also, it is worth to mention that JetBrains has done a remarkable job by fusing the Kotlin language in the IDE (Android Studio) that is based on the IntelliJ platform.

The search engine giant, Google has announced that it is making Kotlin, a new Android programming language for writing or to develop android apps. So, keeping all things in mind, we have prepared the top five reasons on why Kotlin has become the official programming language for android application development. If you are planning to create an Android app, then these reasons will help you to choose Kotlin during Android apps development.

One of the main reasons why Kotlin has become the first-class language in Android is because it runs smoothly on JVM (Java Virtual Machine). JetBrains developed Kotlin as a JVM programming language, making it 100% interoperable with Java programming language. Therefore, Android developers can use several Java libraries whilst writing code using Kotlin for Android apps. In addition, developers can generate Java code from Kotlin using the converters provided by JetBrains.

One of the most common drawbacks in many programming languages or Android coding language, including Java is that accessing a member of a null reference will result in a null reference exception. However, in Java, it would be the equivalent of a NullPointerException or NPE for short Kotlin’s type system is aimed to eradicate NullPointerException’s from code. In Kotlin, there is less a chance of crashing the mobile applications as compared to Java.

Now, let’s talk about performance. When it comes to speed, Kotlin does not outperform Java. But, the programming language, Kotlin increases the execution speed of lambda functions by supporting inline functions.

The class written in Kotlin is more concise and compact as compared to class written in Java language. It means that less coding is required in Kotlin. In addition, Kotlin has reduced the boilerplate codes as compared to Java. So that the code, which is written in Kotlin is quite compact. Less coding is directly proportional to less development time, fewer bugs, and eventually reduce costs. This is also one of the main reasons behind the Kotlin popularity in a short span of time. And this modern Android language has become popular among Android developers due to its conciseness and compact in the coding part.

While developing Android apps with Kotlin, Android developers can take advantage of robust IDEs. As the IDE has full tooling support from Android Studio. It is designed with complete tooling support for Kotlin.

The developers can write code for Android apps in Kotlin more efficiently using the development tools provided by Kotlin team. As they can also use Kotlin Android Extensions to eradicate the findViewById() function. Kotlin Android Extension is a computer extension, which allows developers to get rid of findViewById() calls in the code, and to replace them with the synthetic computer-generated properties.

These extensions enable programmers to replace the findViewById() function with the synthetic compiler-generated properties. Also, they can use a library such as Anko (Kotlin Library) in order to faster the process of android mobile app development. All these components help developers to keep the application code more readable and clean.

After going through aforesaid reasons, now, there is no room for doubt in that Kotlin is the future of Android Development and it has become quickly popular among developers in a short span of time, and become the official Android language for Android development. And, aforementioned top five reasons, which are shared by one of our Android app developers, who have researched and already started working on Kotlin.

Still, if you have any doubt or query related to Kotlin vs Java, what programming language does Google use internally, Android development with Kotlin language or regarding the Kotlin android development cost, how long does it take to create an Android app, mobile programming languages, Android apps development, Indian app developers cost or looking to design and develop a mobile app in Kotlin, then you can consult an android application development company like us by filling up the below-given form and we will right back to you as soon as possible The consultation is completely free of cost.

Why Do You Need to Choose MVP Over MVC Android Architectural Pattern?