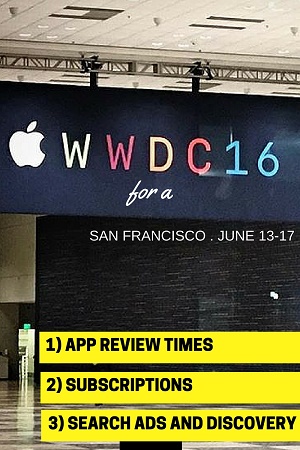 Apple is changing some MASSIVE things with the App Store and it will totally affect iOS developers.

These changes and improvements to the App Store — or App Stores, if you prefer, because they all apply to iOS (and thus WatchOS), Mac OS X, and tvOS — are no little things. These changes fundamentally change the App Store, for users and especially for developers.

Apple holds an annual Worldwide Developers Conference every year at the Moscone West convention center in San Francisco, California to provide an opportunity to thousands of developers around the globe to meet with Apple engineers and participate in workshops and software sessions.

Generally, Apple started with a keynote on the first day, where the company broadcast upcoming products and services. This is the first time, Apple will hold its keynote events and other first-day sessions at the Bill Graham Civic Auditorium, which is a mile away from Moscone West.

As per App Annie, iOS is still leading when it comes to the App Store revenue with approximately twice as much cash flowing through it than Google Play. 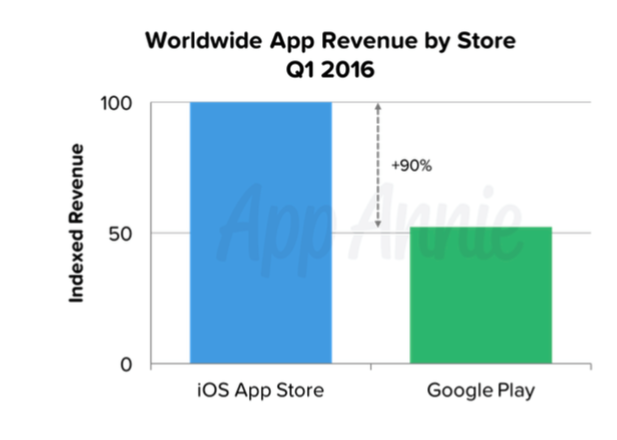 Moreover, the company’s 30% deduction, known as the ‘Apple Tax’ will drop to 15% on the subscriptions renewed after 12 months. That is important, as Apple doesn’t let iOS apps sell subscriptions outside of its own payment system. This could be helpful for news and media services business.

However, the company could make some apps costly for consumers. Additionally, it is unclear that developers will sell upgraded apps on the subscription basis or not. Apple also said that it has drastically sped up app-review times. It is a great news for developers and users similar, as the wait to have Apple approve even bug-fix releases has sometimes left glitch code that stays on iPhones and iPads.

Finally, you will see ads in the App Store, however, Apple says that they will see only when you find an app and will matter to strict privacy controls.

Get Your iPhone App Approved in 24 hours

App reviews supposed to take at least five working days. They often take far longer, especially the bust weeks or months before Apple ships new versions of iOS. It is a constant source of friction between the community and Apple.

Apple has a goal of having 50% of apps approved in 24 hours and 90% approved in 48 hours. Moreover, Apple has removed the chart that shows developers what review times to expect from its site entirely.

Apple has also increased its staff, changed policies and enhanced procedures and tools that used to evaluate app to make those times happen. Changing in review times means that developers can think what kinds of features to roll out, updates and bugs to fix on a far different time scale.

Now, it could take as little as a single day to roll out a bug fix or a major update to your application from the minute you had it protected inside. This feature could have a significant impact on how often apps get updated and repeated as review times are getting a lot less play than other changes.

Although independent developers, may not able to release a major new version every month, can have more alternatives.

Apple will also try to address the app discovery issue. Discovery issues have plagued the App Store for years, as per the developers, who complain that users find a problem to search their app. Apple will change its “Featured” section on the App Store to fix this, so it won’t recommend any of the apps you already installed. It only allows installing new apps.

In addition, Apple also brings the Categories Tab back in the App Store for users to navigate easily. It is also rolling out a 3D Touch-enabled means that share apps with friends. That means, if you are pressing on an application on your iOS device’s Home Screen, you will be able to share it with friends through social networks.

Instead of just on Thursdays, the App Store is also refreshing content more often with new content. Apple is also introducing App Store ads in search. It means when you are searching for an app by keywords or name, developers can bid on an advertising slot at the top of the search results list – just like Google search works.

These days, one of the difficult ways is to search the apps, as 1.5 million apps on the App Store are available. More than 65% of apps downloaded on the Store from a search query, according to the Apple.

Apple also said there will be only one ad per search and it will be clearly labeled with an “Ad” icon and a blue background. The content is also same like the app’s App Store listing. Developers will also not get reports about users’ ad clicks data, but they will get a report. Search ads will manage through an auction system without minimums and exclusives to make it accessible to the smaller developers as well.

The ad will release into beta in the US before introducing around the globe this fall. The change will not only apply to iOS, but also to all apps stores.

Subscription Pricing for all apps, after 1 year Apple gets only 15%

Apple is also introducing a new business model for developers, who use subscriptions to generate app revenue. The traditional 70/30 split is used by Apple that was introduced back when developers were largely monetizing through app sales. However, the time has changed now.

Those applications, who are using subscriptions, will still see the 70/30 split in year one, however, this will become an 85/15 split in subsequent years. The subscriptions will be available to apps across all categories like games, streaming media, news, cloud services and dating services.

According to the Apple, subscription-based apps will require offer content, which is updated or delivered on the regular basis, or they can deliver paid access to an ongoing service in an application like massive multiplayer online games (MMOGs) and cloud storage.

All the current subscriptions are eligible. The 85/15 split starts instantly if developers have subscribers and they have taken for over a year. Developers also able to set territory-specific pricing and they will be able to increase cost for new subscribers while keeping loyal customers by charging a lower price. Subscription management for consumers comes with an enhanced way to access, upgrade and downgrade or change subscriptions accordingly.

These changes give a huge impact to the iPhone app development company. Moreover, Apple also has announced some of the biggest App Store related changes, so it is good for iPhone developers to work accordingly.

These changes give a huge impact to the iPhone app development. Moreover, Apple also has announced some of the biggest App Store related changes, so it is good for iPhone developers to work accordingly.

Overall, we will have shorter review times, and also have been exploring a subscription / SAAS model in businesses. The PPC move was really inevitable, it was just a matter of when it was going to happen.

Start looking at your business like a real business and not a one hit wonder. Pay attention to what keywords make you the most amount of money and start thinking of a budget for bidding on that keyword. Like with any major change, we have a massive advantage in the beginning before everyone else catches on.

How an iOS Contractor Can Save 35% of the Costs on Your Next iPhone App Development Project?