There are thousands of iPad application development companies and publishers across the globe who work on 1000s of iPad app development concepts, of which only few make a mark. Now why would a handful of them succeed and others don’t?

No offense but probably because most of them are similar and add little to no value for users which is why they are not as hit as their counterparts.

Now it would be unfair if we just declare that being different is the key. Hence we back our point of view with valid reasons which are as follows:

Being different and delivering value, demands: 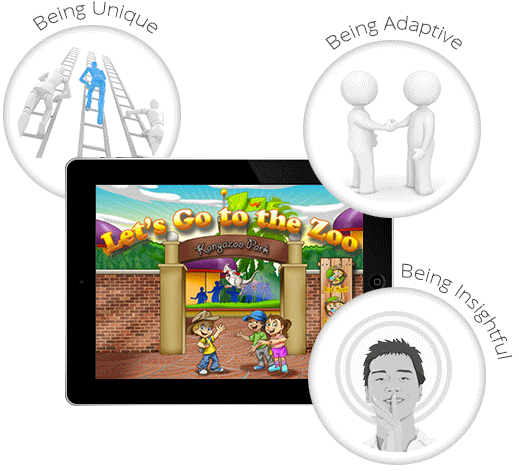 Imagine there are dozens of apps that offer the same thing that your does. Why would someone be interested to choose your app unless there is something unique about it? Remember, when we say unique it doesn’t necessarily mean that there should always be a fresh new idea and not the one that is already present in the market. Instead we are talking about the how can be present the idea in a different way.

For example, Paper by Fifty Three’s rewind function – They came with the idea of adding a unique gesture where one has hold two fingers to the screen and then move them in anti clockwise direction to reverse what occurred, unlike undo function in many other similar apps.

Have one such unique idea? Convert it into App with our iPad App Development Services.

When we embrace the latest technology first, it is quite likely that we may gain the much needed publicity without even asking or requesting for it, which is eventually good. Passbook in Apple’s latest version of operating system is a great example to talk about. The company and several other blogs talked about apps which started using such feature first.

There are app analytics like Flurry and others that lend the insight about the users’ interaction with apps. You can use always such free or paid tools to measure the audience reach and engagement; and accordingly optimize your existing app to add value or enhanced functionality to the advanced level which may help to improve conversions or enhance the app experience.

While there are no silver bullets, we, as an iPad App Development Company with hundreds of iPad Apps to our credit, feel that above insights would potentially make you successful in your iPad Application Development projects.

Tell us what you think. If you need help with queries or questions related to iPad application development, feel free to contact us.

How to Integrate the Dual Camera Video Recording Feature in your iOS App?

iOS Tutorial: How To Make A Photo Editing App Like Retrica [Part 1]

Want to Build the Next Instagram? A Guide to Developing Billion Dollar Photo App