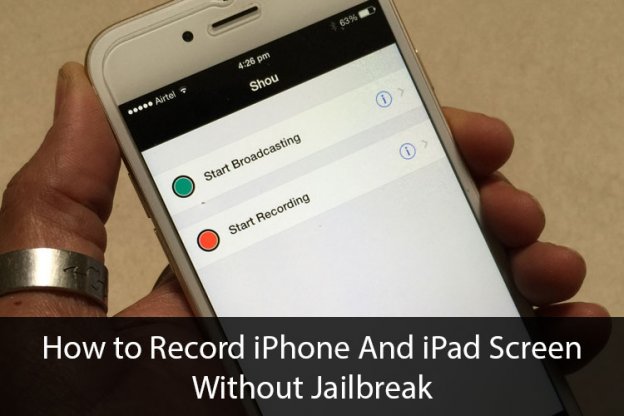 So if you have an iPhone, iPad, or iPod Touch, you can now record a screen video of your device with following applications.

The QuickTime Player was introduced with iOS 8, and it is the most recommended option for recording screen videos.

Here are the steps to use it.

Connect your iPhone to your Mac via the lightning cable. 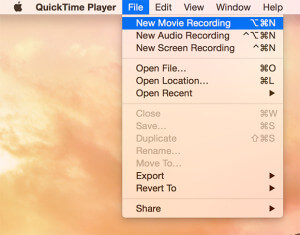 A recording window will appear once you select New Movie Recording.

Now click on the down arrow of drop down menu, and select your iPhone.

Now click on the record button to record iOS screen.

ScreenFlow is another good option that provides a similar way to record iOS screen video. However, the bonus in this option is you can also edit your video using ScreenFlow tool.

To get started for recording screen video in ScreenFlow, simply plug in your iOS device with a lightning cable and open the ScreenFlow tool.

The tool will automatically detect your iOS device and give you an option to record a screen video.

While doing so, be sure that Record Screen Box is checked and the device is selected. Now once you hit on record button, it will start recording your screen video.

Apowersoft iOS screen recorder is another good option to record your iPhone screen. It features recording, screenshot taking, and iOS screen mirroring without jailbreaking your device.

To use this tool, set your iOS device and Mac under the same network, and you’ll be able to successfully connect and mirror iOS screen. This tool supports all the option such as with audio from your phone, microphone or both. The user can select the desirable audio input for screen capturing.

These are the best solutions for recording iOS device screens. All these come with various features of their own. So identify your requirements, discover which tool meets best of your expectations, and give it a go. And if you’re trying to add iOS screen recorder feature in your app, hire iPhone app developer in case you need technical assistance to do it the right way.

Want to Develop iOS App From Scratch? Contact Us Now

How-To Guide Helps The Submission Of An iPhone App