Top Features of iOS 13: How These 10 Features Will Make a Difference in Mobile App Development Industry 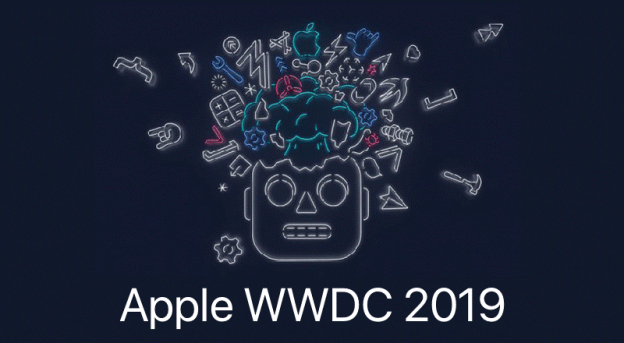 The most exciting time for iPhone users and developers is here. Just like every year, Apple held its annual Worldwide Developers Conference (WWDC) in San Jose on Monday and launched a lot of new stuff, including a Mac Pro and Pro Display XDR, and iOS 13 with a range of features which will disrupt iOS app development industry.

iOS 13 brings one of the most demanded features of all time. If you also share your device with others, there’s no need to remain tensed until the device returns to you. The newly launched iOS 13 also allows you to create multiple accounts on a single device so that every user can protect their space of usage effectively.

Another highly demanded feature from iPhone users is Dark Mode. As per the report by Bloomberg, Apple has launched the most awaited feature, Dark Mode in the iOS 13. The company unveiled this feature for iPhone and iPad at the WWDC event. iPhone users can enjoy a darker color theme, easier nighttime viewing and can also save battery consumption.

Earlier, there were rumors that Apple is planning to merge iOS and MacOS to release some cross-platform features. And it’s true, the developers can work on providing a consistent experience on both the platforms and easily scale the app between iOS and macOS.

If you are a developer, you should remember that merging iOS and MacOS doesn’t mean you can create a single app for both the platforms. It just means you are allowed to build apps with the same user experience on both platforms.

In the current version, Apple improved the appearance of the Siri and introduced some shortcuts. Apple’s iOS 13 allows users to accept or reject the call in a quite personalized way. If a user declines a call, Siri will automatically send a personalized text message to the user explaining the reason why the call is being declined.

5. Availability of Your Contacts

This is one of the most innovative and useful features Apple has launched. The company has already filed a patent to provide users with the option to check the availability status of their contacts. This feature helps users see where their contacts are, the operating status of their iPhone and whether they are available communication. All of this information will be available in the Contact app.

Apple Health did not get any major overhaul, but it gets a few helpful new features. In iOS 13, Health will display new metrics like how loud you listen to music and offer better support for menstrual cycle tracking.

Smart WiFi comes with a lot of useful features such as prioritization of stronger WiFi connections and turning on and off the WiFi connection as per the location. It also remembers the location of known networks and activates them. Smart WiFi also turns off the network to save some battery when the user leaves the area.

Thus, it helps users to find Internet connectivity with better speed. Apple has launched this feature with the iOS 13.

Emojis have always been a topic of discussion among iOS users. They are complaining about it for a long time. As of now, if you enter fork and knife in the search bar, you won’t find the emoji you are looking for even though it is already there. The reason is, the name of emoji is dinner. Apple worked on this issue and launched a smart emoji search functionality in the new version.

With the proper use of machine learning, photos are collecting the whole library in order to highlight images that are best. It automatically hides clutter and similar photos to show important events from the past day, month, and year. Both photos and videos are organized, making it easier for users to browse, discover and relive their favorite memories with autoplay videos.

Talking about the new tools, it becomes much easier for users to apply, adjust, review at one glance. With a single swipe, users can increase or decrease effects and create the perfect look, allowing professional photographers to get more creative options to control their images.

As we already know that Apple’s Maps allow millions of people across the world to navigate and explore the world with just a few clicks. This is easily possible without even affecting user privacy.

Apple is here to deliver a new map experience after driving 4 million miles to rebuild the base-map from scratch. With new iOS 13, the users can get new map experience with broader road coverage, precise address, pedestrian data, and detailed landcover. As of now, the new map is available in the selected cities and states, and it will be available across the US by the end of 2019 and to more countries in 2020.

Also Read: How to integrate multiple windows feature (introduced in iOS13) in iPadOS

Unlike the previous version that can only identify the Al game development, processes natural language and faces, the Core Machine Learning (2) will come with a lot of improvements. The new version is expected to be 30% faster and let the developers use the quantization for minimizing the size of trained machine learning models by 75%. Overall, it’s expected to open many new ways for developers.

2. Combination of AI and Siri

Apple’s AI assistant Siri has already gained a lot of traction since its release. The upcoming iOS 13 will allow developers to work with SiriKit which is none less than a blessing. SiriKit includes lots of advantages in the form of the lock screen, hands-free counting, visual codes, photo search, payment, VoIP calling and many more.

The upgraded SiriKit enables the app to remain the shortcut app section after the integration of iOS 13 with Siri. This will let users use the app’s features easily using Siri.

Apple Pay was launched in 2014, and since then, the total number of Apple Pay transactions is increasing every year.

According to a recent study, Apple pay is predicted to see the growth of almost 200% in the transactions by 2019. It also shows that transactions happening on Apple phones will become more secure in the near future. The iOS 13 app developers will be able to easily integrate Apple Pay into their apps to ensure the security of transactions.

Swift 5 has been released two months ago and said to be a major milestone in the evolution of the language. It introduces new capabilities that will become building blocks for future versions.

It brings enforcement of exclusive access to memory during runtime, including a reimplementation of string, support for dynamically callable types and some new data types. The most innovative feature of this language is Application Programming Interface (API) that is not only stable but also capable of making the language modifications smaller.

With iOS 13, just like Swift 4, the new Swift 5 will be also compatible with the Linux OS. The trend of this Swift is also expected to increase due to its easy to learn characteristics.

Apple is already known for providing the best security in its operating system and apps. But in order to improve the security even further and make the system future-ready, the company will be making the inclusion of App Transport Security compulsory for all the new apps published for iOS 13.

Moreover, there will only be a single channel in every app for interaction with other users. Apart from that, the in-built features of Swift app Development also get updated on a regular basis.

Apple watch is one of the most selling smartwatches available on the market. The company has already set a record of selling millions of units is just a quarter. Considering its popularity, many businesses have started building their apps using the latest WatchOS 5 for boosting their business revenues.

This app development trend is expected to boost with iOS 13 in 2019. Talking about the features, you can expect customized controls, Siri shortcuts, background audio app and more.

Due to superior data storage and better functionality access, the cloud-based apps have now become the number one choice among the businesses.

Cloud integration is offering a variety of advantages such as quicker operations, reduced hosting price and better storage. Cloud-based apps have made accessing and monitoring of data quite simpler using the dashboard. Due to all these reasons, they are expected to be in great demand in 2019 too.

There are strong rumors that iOS 13 will be one of the most preferred platforms for enterprises. It will bring a better CRM functionality along with enhanced user experience with improved data security and stability. Thus, we can expect that enterprise apps will become more secure in the upcoming version of iOS, and ultimately help business owners to efficiently manage their operations.

With the release of Apple’s iOS 13, a lot of iPhone app developers are excited to try their hands on this newly launched operating system. Whether you already have an iPhone app for your business that you want to upgrade or planning to develop one from scratch on iOS 13 platform, we are a leading mobile app development company and have a dedicated iOS app development team which has years of experience in the industry.

In case, if you still have any query related to iOS 13 features, iOS app development on iOS 13, Indian app developer cost, or how to hire iOS app developer for developing an app, then you can get in touch with us through our contact us form. One of our sales representatives will get back to you shortly. The consultation is free of cost.

Time spent in apps grew JUST 6% in 2017. Ask These 5 Questions to Yourself Before Developing Any Mobile App in 2018

Travel Planner App: Here are 4 of the Best Features to Include While Developing a Trip Planning App