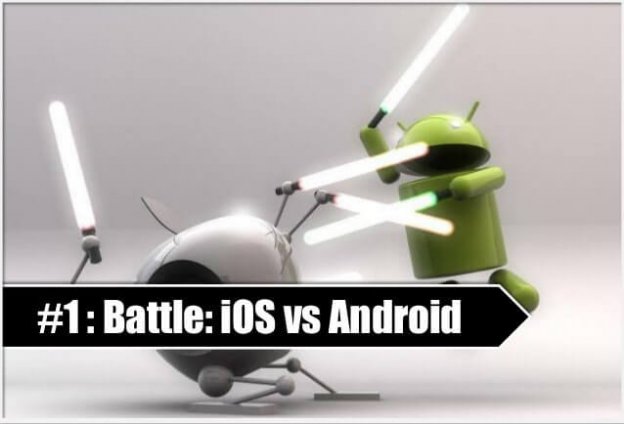 Below mentioned are the important data to help you in your mobile strategy for iOS and Android App Development. Take a keen look at how mobile app markets had been and will be for the both the platforms in 2013.

Further following ABI Research predictions
Apps to generate Revenues of $25 billion in 2013 of which 65 percent will be from Apple’s iOS ecosystem, 27 percent from Google’s Android, and the remaining 8 percent from the other mobile platforms.

The research also indicates “Smartphone App Downloads” will reach 56 billion this year in which Google Android’s will have a lion’s share of 58 percent, a way more than 33 percent of Apple iOS; 4 percent of Microsoft Windows Phone; 3 percent of BlackBerry (and presuming remaining 2 percent by others).

While there will be about 14 billion “Tablet App Downloads” in 2013 wherein iOS tablets will lead the charts with a major share of 75 percent against 21 percent of Android (comprising 4 percent of Amazon Kindle Fire), 2 percent of Windows (and presuming remaining 2 percent by others). 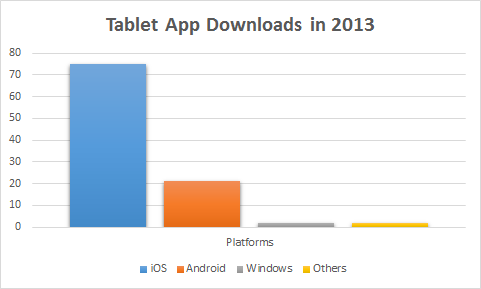 As of July 2013, the availability of the both the app stores (Google Play and iTunes) in various countries is as follows: 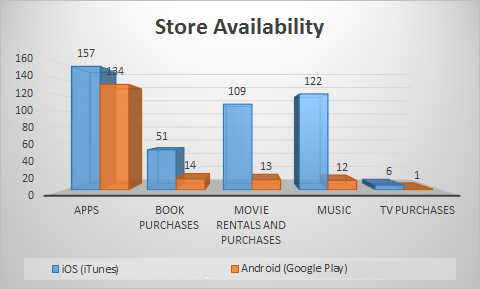 The Pros & Cons of Native and Hybrid Apps