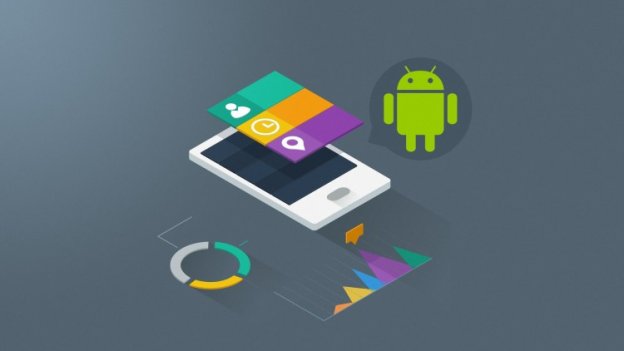 Today, most of the online businesses are investing in Android app development and there are many reasons you should invest too.

We’re living in a digital era where people have gone mobile. This means, if your online business does not have a mobile app, then it means you’re lagging behind your competitors.

In fact, you could be missing out a big opportunity to attract potential clients, no matter where they are.

Now, you may have already thought of creating a mobile app for your business but you didn’t. May be because you weren’t convinced enough with the idea of mobile app development or maybe you weren’t sure if your app could get listed on the App Store home pages due to immerse competition.

But, we’ve good news for you.

Now, there is a way to directly get listed on Google Play homepage or any Play Store app listing page.

App owners can now advertise on the Google Play homepage and app listing pages. These ads are an expansion of Google’s previously announced “Universal Ad Campaigns” which are designed to simplify the process of advertising across Google’s products including Google Play Store, Youtube, Search, the AdMob in-app network, and the millions of sites on the Google Display Network.

These new Google ads will only be available through Universal Ad Campaigns to help app owners reach customers while they’re browsing through Play Store looking for something new to install and try.

In fact, this new ad placements will also allow app owners to reach a wider audience, adding that Google Play is available in more than 190 countries around the world with 2 billion active devices every month.

Thanks to developers and our partners around the world, there are now more than 2 billion monthly active Android devices. #io17 pic.twitter.com/tMH6aHsAIP

This means, by investing in Android app development to create your business app, you could directly bypass your competition and get on the front page.

Once you get your app on Google Play homepage, your business could benefit in many different ways.

Developing a mobile app for Android requires less investment in comparison to the iOS platform. In iOS platform, you’ll have to invest an amount of $99 for the developers account while in Android platform, you only have to pay $25 as a lifetime registration fee for any number of applications.

However, if you want to get it done by own development team, then you’ll have to hire in-house developers, which could be costly. On top of that, you’ll also be paying for the office and other necessary utilities.

Therefore, if you’re developing apps for android or planning to invest in Android mobile app development for your business, it’s best to hire Android app developer and outsource your business app project.

Also Read: Kotlin vs Java – Which is better for Android app development?

Android is Great at Customization

When you choose Android as the platform to develop your business app, you’ve limitless ways to customize not only app but the OS itself. In fact, the Android platform provides the best of the supports to the apps that require customer support and settings-alteration to perform their functioning.

Not only this but if you need to customize the OS for internal computing requirements or for launching your own device, Android platform lets you do that too.

Android platform has the ability to adapt to rapidly changing market trends. It allows you to update your Android app within an hour, while the iOS platform has a lengthy process for the same thing.

In Android, you can submit your app multiple times on Google Play Store but on Apple’s App Store, you will have to wait at least a week to launch the updates to your app.

Apart from this, Google Play Store also offers Alpha and Beta releases which can be accessed by a set of numbers testing your application. These testers provide important feedback from which you can rectify your app and make necessary enhancements.

Android is profitable as well. Android apps can generate revenue with suitable revenue generation models. Below are the three most common method used by Android app owners.

App Sales: This is the obvious one. You build an android app and sell it on Google Play. People buy your app, Google deduct its bit and you get the rest. The fact why most people don’t shell out money for app unless it’s extremely useful and well-designed means the app owners don’t make much money off their paid apps.

Advertisements: You build a free app that is either useful or entertaining. For example, you create a free game. People download your game, you place advertisements in the game and make money from the ad impressions.

In-App Purchases: As the name suggests, building a mobile app that sells digital products or services through your app. It could be an on-demand service wherein people pay real-money for on-demand services.

While it’s a fact that iOS apps are still more profitable, but Google Play has been improving steadily. And, with the Android market thriving like this, it’s worthwhile for any business to invest in Android app development.

In case if you still have any query or confusion regarding mobile app concept development, looking for an app developer, how long does it take to make an app or how much does it cost to develop an app in Android or Android app development, then you can get in touch with us through our contact us form. The consulation is absolutely free of cost.

Have an Idea for Android App? Let's Discuss!

How These 4 Features Make ‘Genius’ Stand Out from the Other Music Apps on The App Store?

How to Implement Custom Font in The Notification Title (RemoteViews)?