The most dreadful thing an HR could image would be getting new stuff to the floor in order to keep the employees refreshed, so that they skip the monotonous work of 9-5 job.

It’s very common to see several activities that are conducted by the HR in every office, but what makes Space-O stands apart is the approach that they take every time makes them unique.

The Delivery Head along with HR took the initiative to lead the Sport activity to encourage all the team members in the bay to actively participate in the Carrom Tournament which was held on Dec 6th 2014.

From CTO to Delivery Head to PM who are constantly busy in trying to make a deal with a client or trying to pick up the business or to talk with clients to deliver their product, who don’t set their watches from 9-5 but far apart from that, were seen competing with their team members, trying to fetch scores to beat their counter partner in the Carrom tournament. 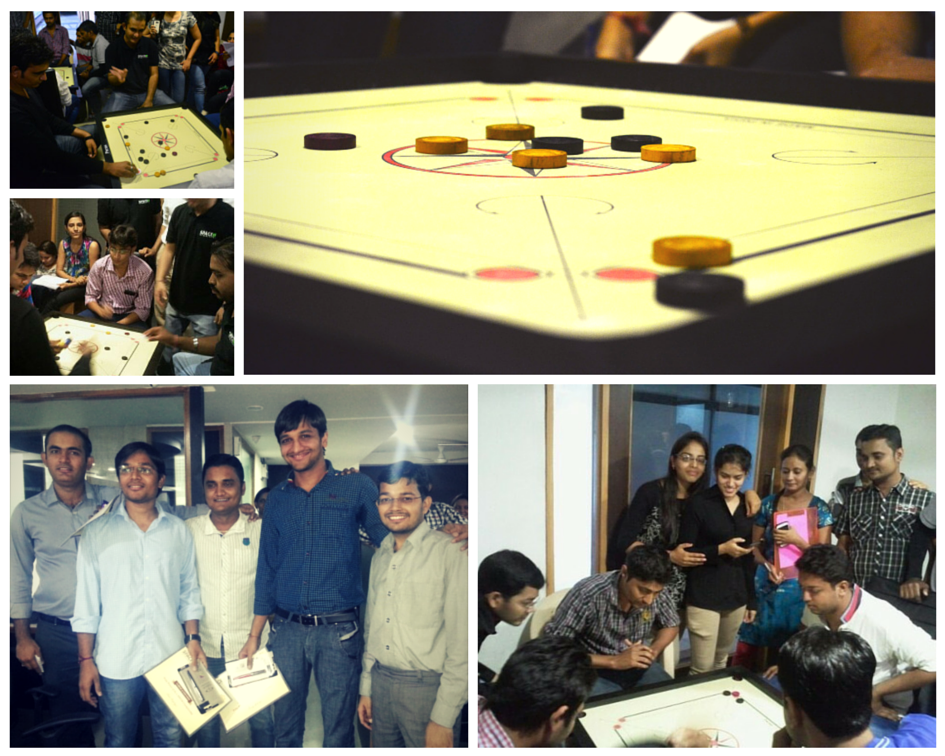 The game started with full gear on 6th December around 4 in the evening. The team was divided into Group A and Group B. It was one of the thrilling moment in the history of Space-O, where everyone got to watch the most awaited enthusiastic game.

The beauty was, there was so much of happiness in the air that was reflected upon every team members on the floor, it was filled with excitement, fun, laughter, arguments, negative points, positive points in the game, Some were busy arguing to gain points with Delivery head, where as some QA participants in the game were trying to show their perfectionism even in the game with the PM or AVP. Some of the team members shared that they had one of the happiest moments working at Space-O, as they felt very proud to play with CTO directly.

The most awaited part was the snacks in-between the play and finally the hour long match, which had started at 4 pm, ended at 9 pm with Amit Patodi & Parag Ghetiya from the white horse side winning the game and the dark horse side- Gaurang Bhatt and Parth Bhatt were the runner up.

All said and done, Space-O who believes in motto – ‘work when there is work’ & indulge in fun activities when it is time to have fun not only proved that the CEO, Delivery Head, PM take efforts in building the empire, but care about their roots – the team members – the essence of any organization, their leadership once again boosted every team member morale.