Be Proud of Your Roots! 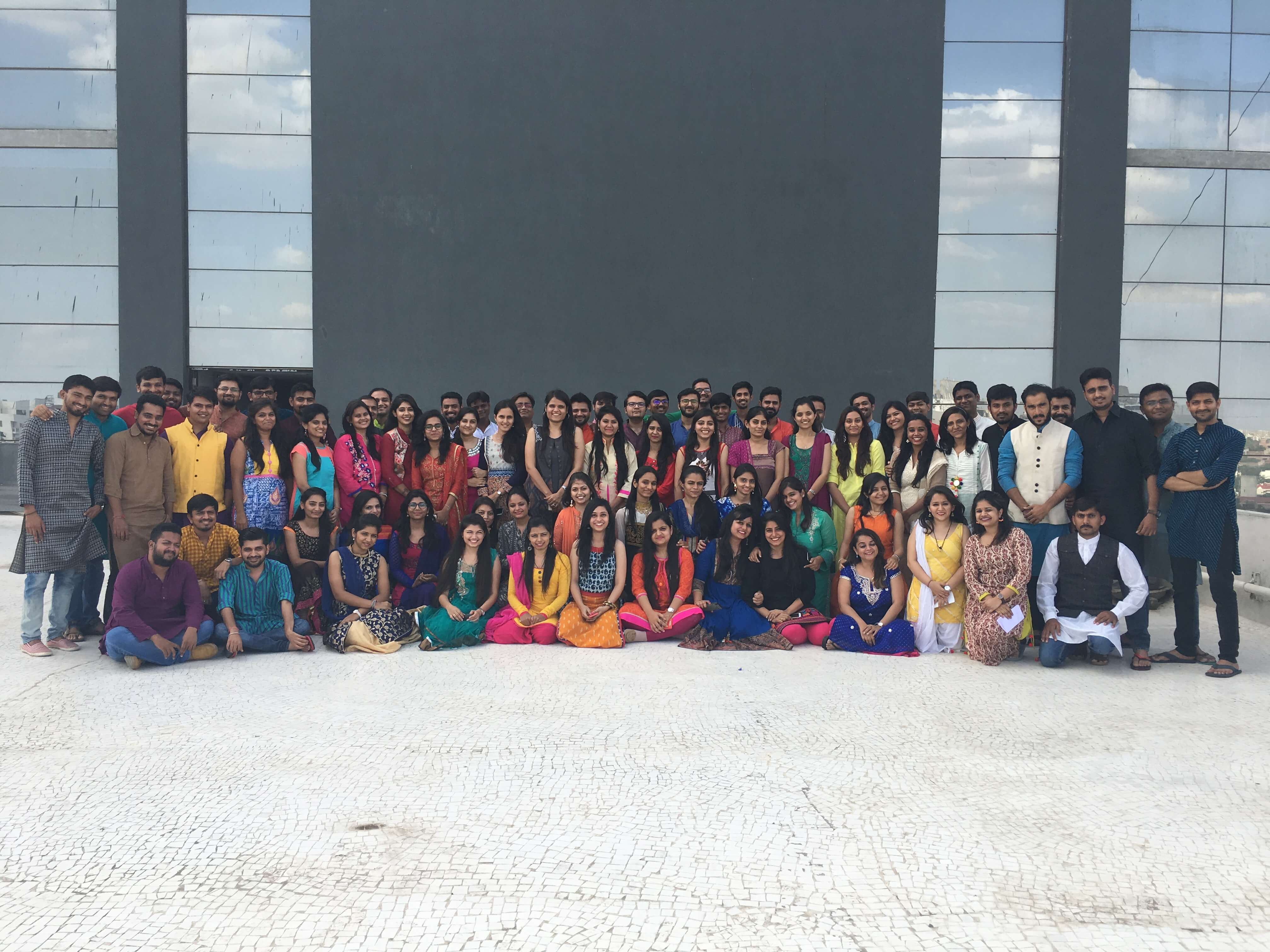 By wearing ethnic clothes that represent a culture we belong to, we proudly celebrated this day with lots of fun. All the employees of the company wore different colorful ethnic dresses as it was the day to celebrate the cultural diversity that one can see in Space-O Technologies.

An entire day, there was energy among employees as they all were in their cultural outfits. The celebration didn’t end here, our HR team, including Nehal Jani, HR Manager and Khyati Shah, Sr. HR) conducted “Pick of the Month” event.

We conduct “Pick of the Month” app event every one or two months, where different teams of mobile app developers participate and register their applications to the HR of the company. Then, our seniors select top three applications on the following basis:

Considering these criteria in mind, this month our seniors selected top four applications, including:

And, the fourth one is under NDA, and, above all, we respect our client’s privacy. These selected apps were exceptional in terms of features, uniqueness and solving real-time problems.

Then, the Pick of the Month app event started at 5 PM by our HR team. Everyone gathered on the floor in their ethnic dresses and settle down on their seats. All the Space-O members were excited to see the presentations of selected applications.

Even, our Jury members,

were also excited to see the presentation of the applications that represented by the team members, who were working on it.

Hitesh Trivedi, a Sr. iOS developer of this project, started giving a presentation on this app along with his team members. They chose to represent their application with a real life example of how we can use this application. 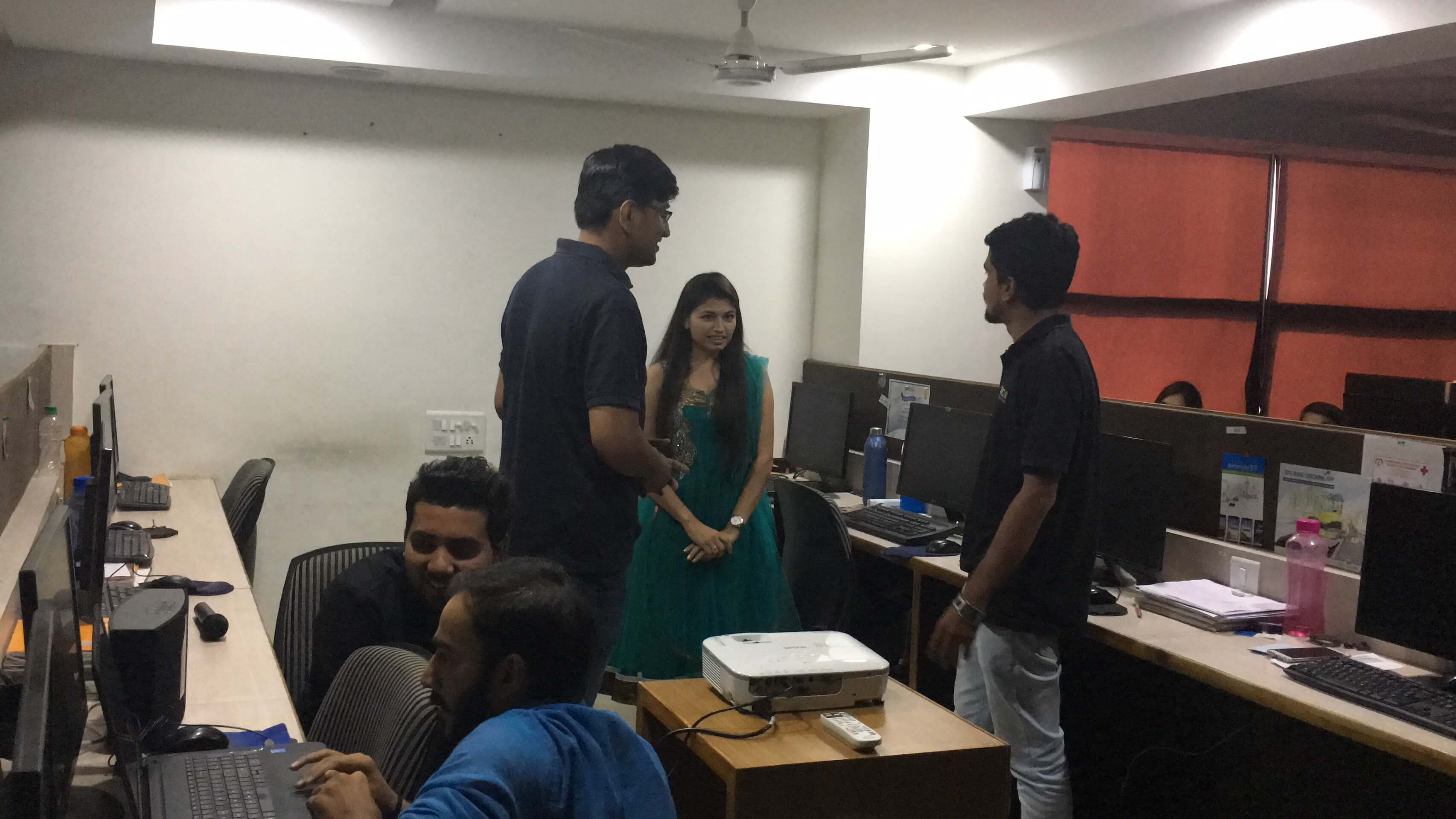 Sawerly is the best platform for professional photographers/videographers and customers, who are searching for the best photographers. With this application, photographers can list themselves and showcase their portfolio and services that offered by them. While customers can post their photo shoot request, mentioning their requirements and budget.

Unique Features of the App 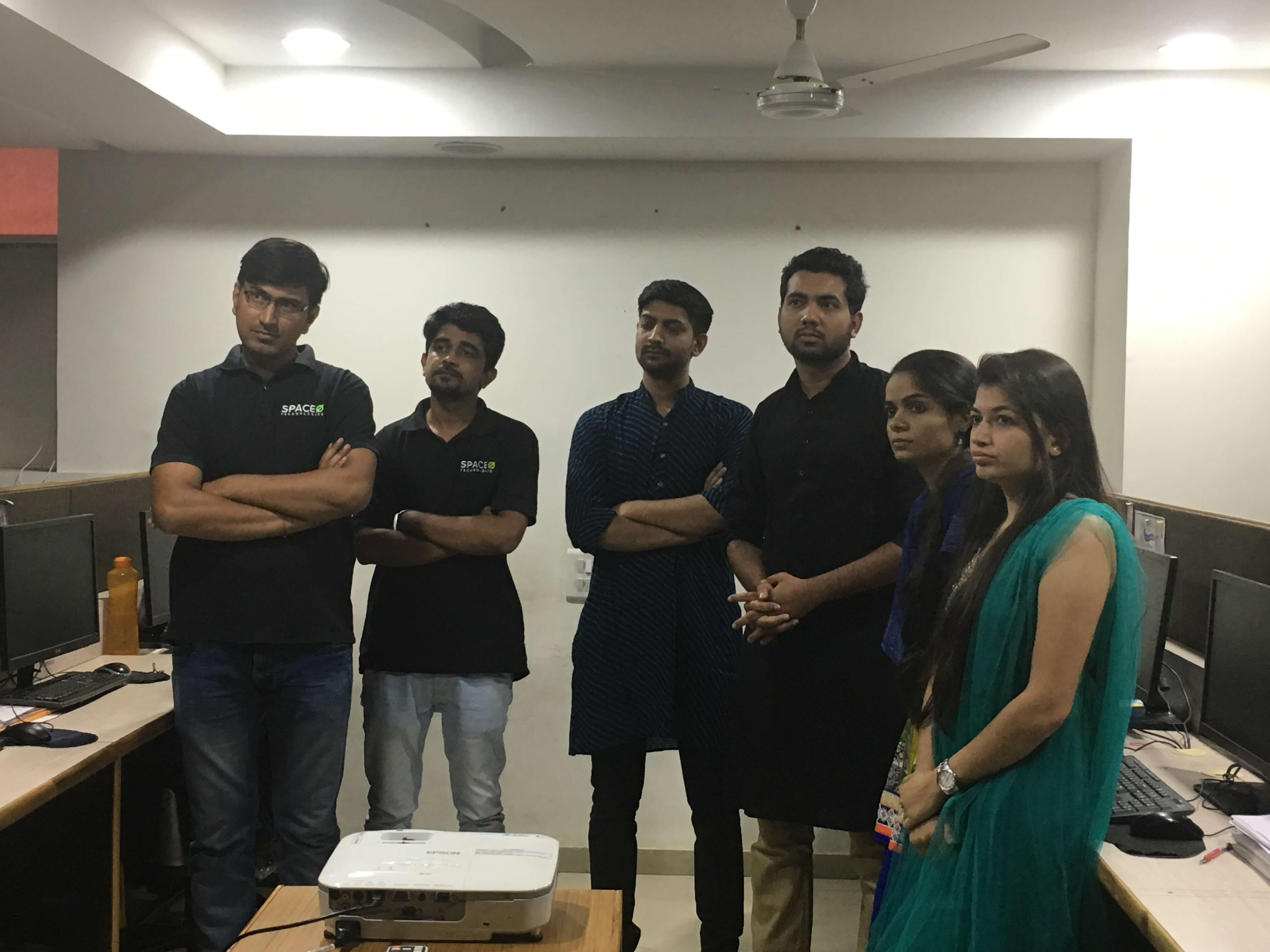 In the above-image, you can see the entire team of the Sawerly application.

Once, they finished the presentation, our HR called another team to showcase their developed application named ‘Game Set Stat’.

Amrit Trivedi started the presentation on this application, explaining its all features, benefits, and uses.

Game Set Stat application is designed for both iPhone and Apple Watch to capture your and your opponent’s Tennis match stats and scores in real time while you are playing. 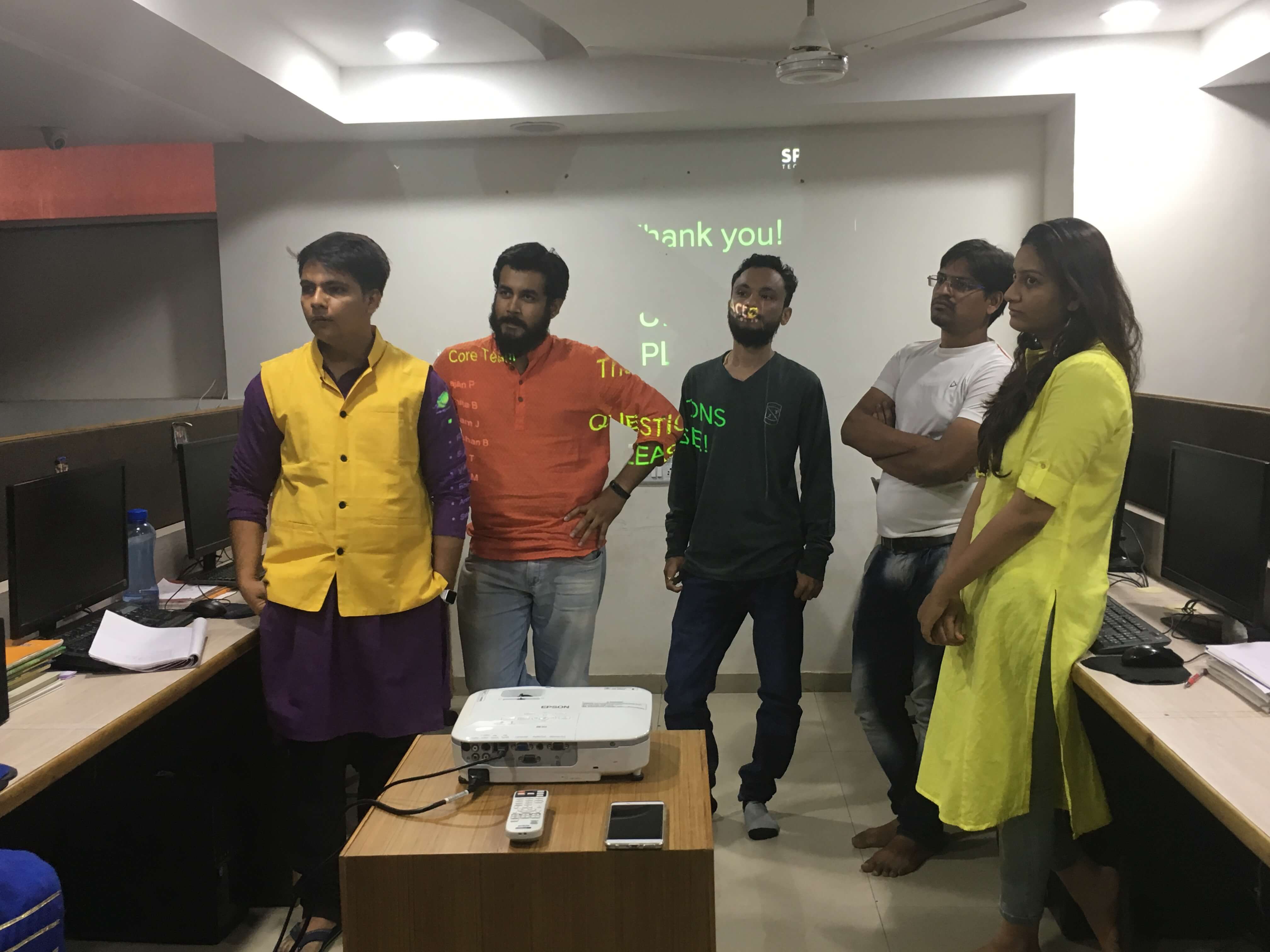 Then, the third team of Gallery Guardian App was all ready to give the presentation. Kunal Mehta started giving a presentation on the Application, explaining about the app, its features and uses.

Gallery Guardian is specially developed for parents to keep their children safe on their mobile devices. With this app, parents can be alerted if their child creates or receives inappropriate images.

This app contains a systematic software that scans your child’s gallery and detects nudity or partial nudity in their photo gallery, sending an alert to parents, so the appropriate action could be taken. 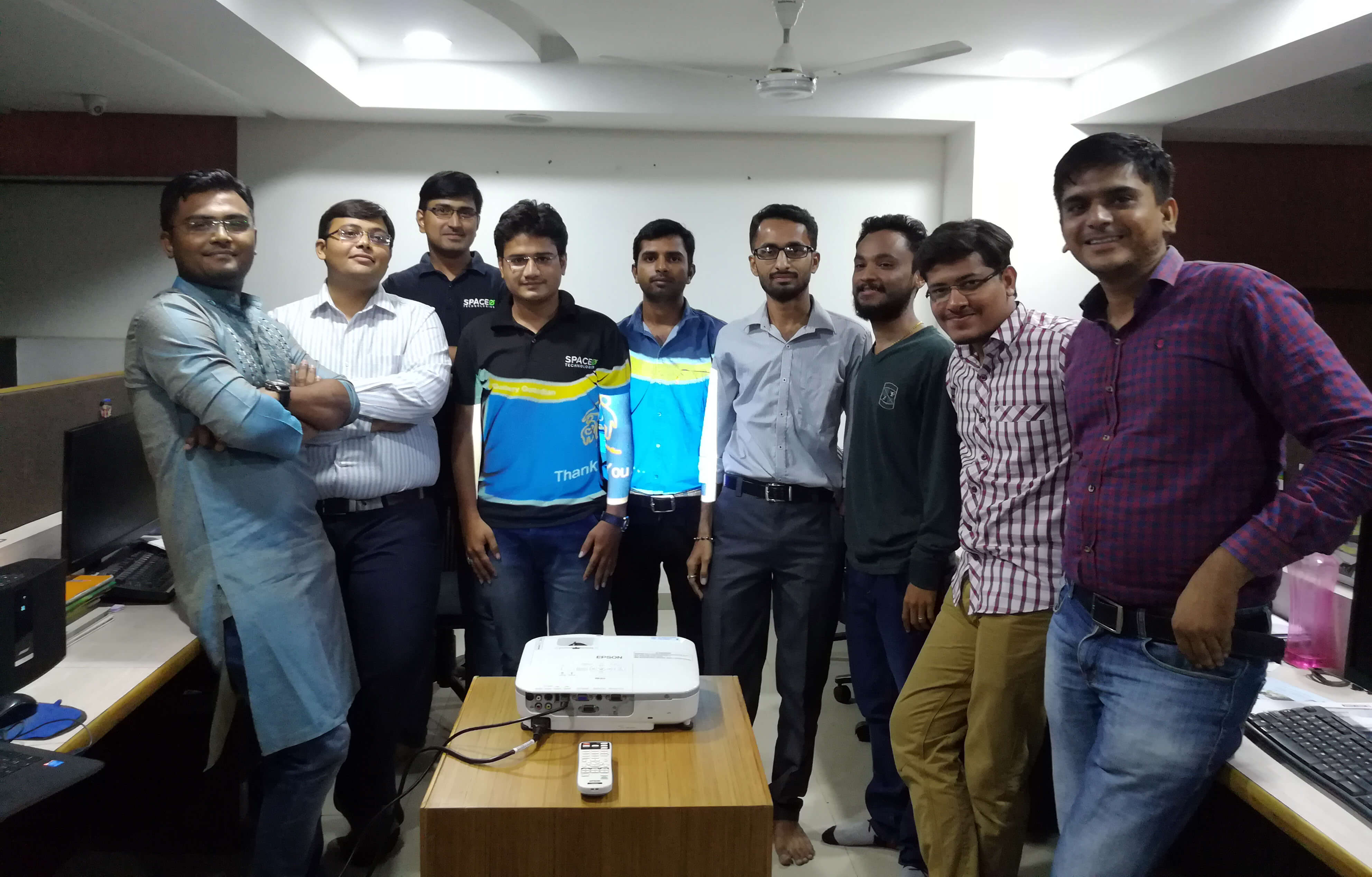 Once the team completed the presentation, everyone was eagerly waiting for the results. The participated teams crossed their fingers and eager to know that which team won the first prize.

Without any delay, our HR invited judges (Mr. Atit Purani, Mr. Bhaval Patel and Mr. Narendra Purohit) to come forward and declare the winners of the event.

Finally, Mr. Atit Purani declared the winners and it was a tie between two applications. Gallery Guardian and another one that is under NDA (we can’t mention a name to maintain client’s privacy) were the winners of the event. 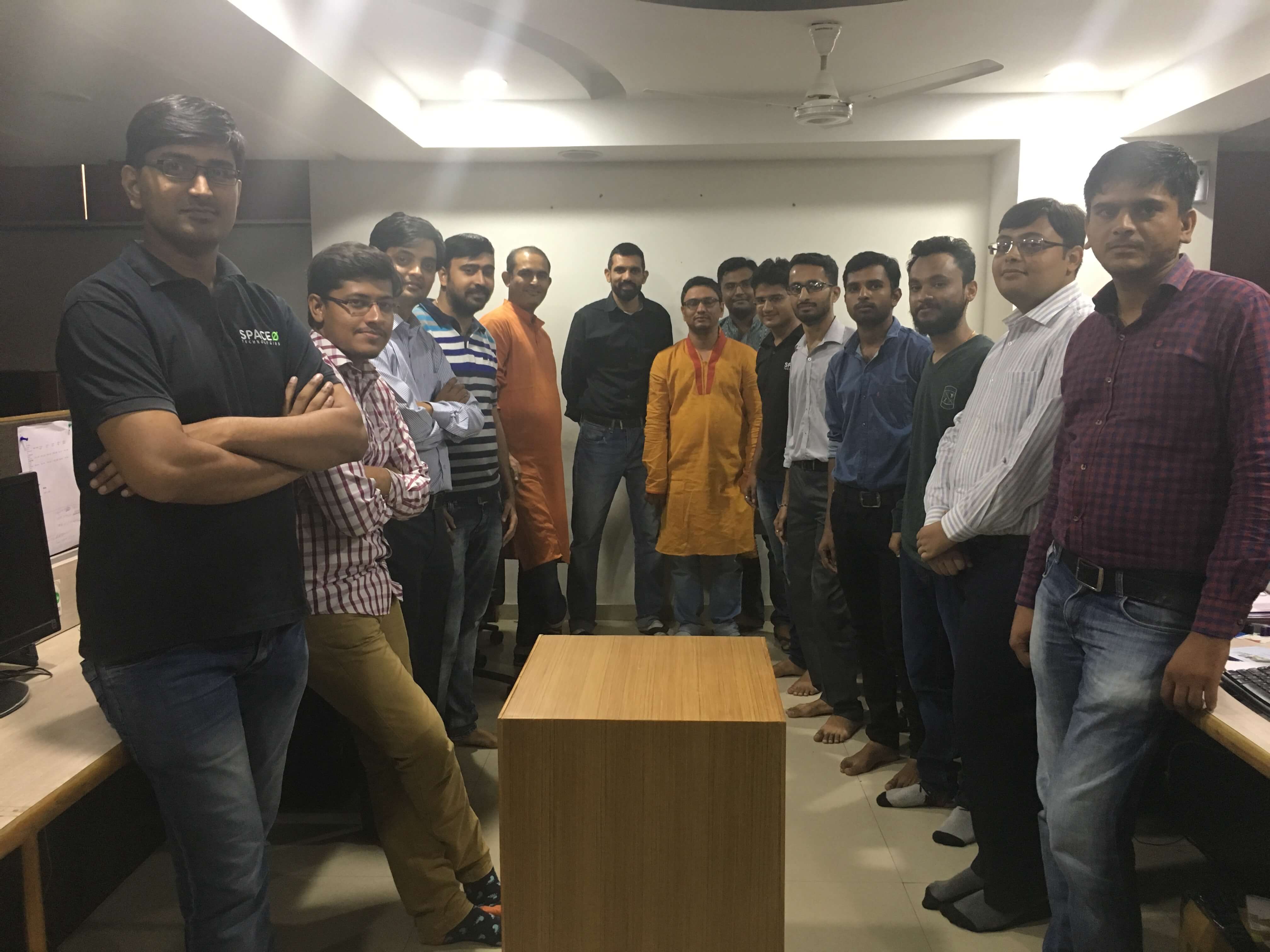 Speaking to Space-O members, the CTO and co-founder of the company Mr. Atit Purani said, “Presentation is one of the most important elements and it plays a vital role when you are explaining people. You need to present what you know, but the concept and technical things also need to be considered”.

Last but not the least, the winning teams got a surprised party, where they enjoyed more and had a great time.