Keeping up with the IPL Fever, Space-O Presents Q1 RnR 2015

A pat on the back always feels good and motivates you to do something more. You explore your capabilities best when you feel motivated. We enunciated this with great perfection through our quarterly employee awards.

Rewards & Recognition 2015, with each quarter, has managed to applaud the efforts made by the employees and reward them in the best possible manner.

Themed to match the IPL fervor, this year’s R&R was quite an enjoyable event for both the host and attendees.

This idea came from Space-O project managers, who observed that after talks about projects, IPL chitchats are the most heard of at the Space-O India development center. Taking this seriously; Project Managers, the HR department, Delivery Heads and a few people from sales & marketing department made a team and planned the event as we all believed in making this event a success.

How did this event start, you wonder?

It started with the much-loved IPL music, to establish an atmosphere.

With a Dhamakedar entry of Jay Paaji (Mr. Chintan Modani aka CPM, who was recently promoted as Sr. Project Manager) and Veeru Paji (Aka Vishal Jariwala.) Then there was a downpour of questions, from the both of them for the audience, about IPL and cricket in general, as it had been decided that each winner of this quarter gets a name of cricketer and that the names would be given by matching skills/habits. 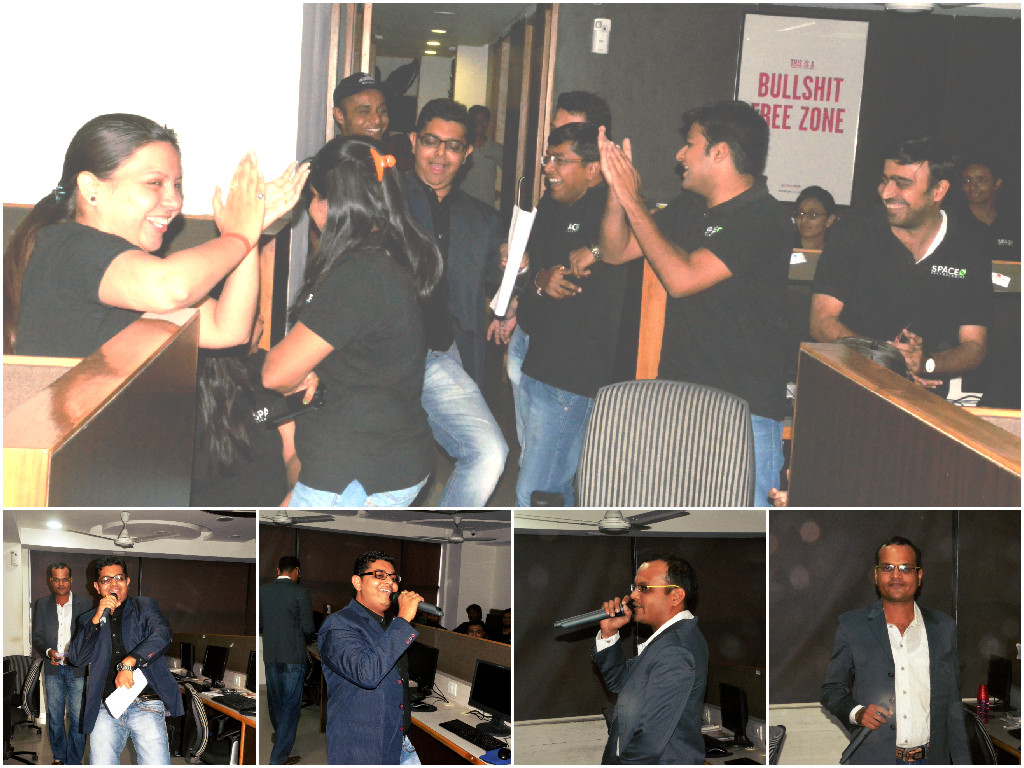 The awards were given out in Navjot Singh Sidhu style.

Well, every award was accompanied by a Shayari that was specifically designed for the person who was at the receiving end. the shayari was delivered in Sidhu style and with Sidhu actions as well. Hats off to the Master of ceremony for pulling that off.:)

The award of Q1 RnR 2015 with IPL style now commenced:

He is Martin Guptill of team Space-O. Awarded for being a technically sound player, he is the calmest and composed person of the team. He is also responsible for pulling the team to the top position. 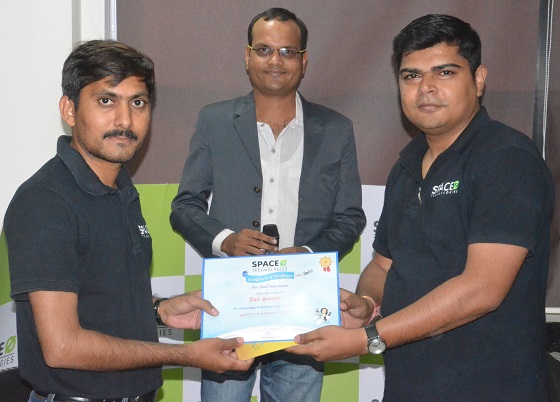 He is Deepak Hooda of team Space-O. He received the award for “Emerging player”. He is one of the motivated players who has played his card on every available opportunity and has always given his 100%. 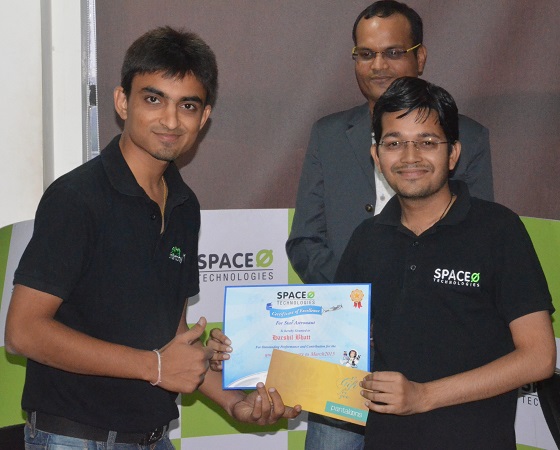 She is Mithali Raj for team Space-O. She received this award for team building and for her performance in QA. The products released by Space-O have been successful owing to her efforts. 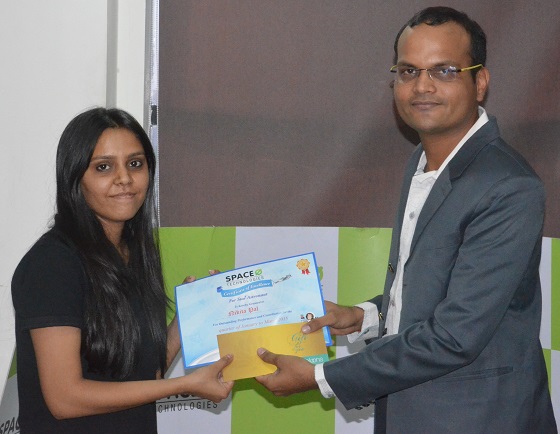 He was given this award for being an amazing team player and for his excellence in client servicing. He played the role of a tough leader, ensuring that his team stayed motivated and could deal with any kind of situation. 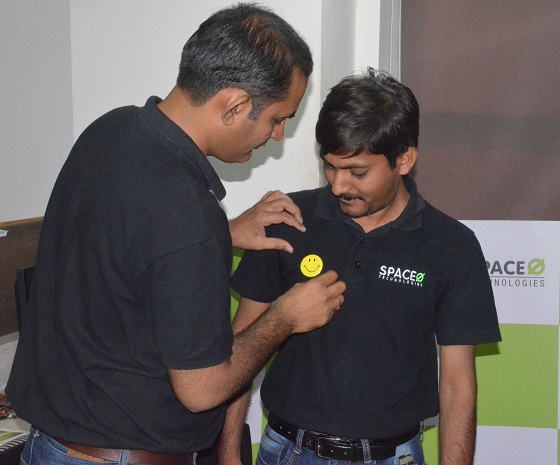 His accomplishments for Space-O are synonymous with that Rahul Dravid’s in cricket. He was awarded for being an excellent solution provider and his consistent performance in the field of technology. His consistency has determined great many successes for the organization. 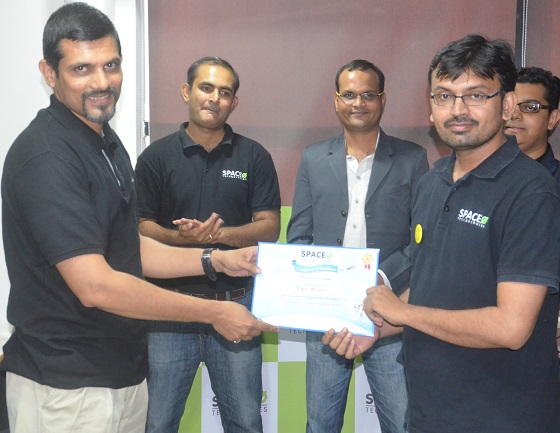 He is the Chris Gayle of team Space-O. His brilliant contribution to the smart city 311 project, as well as the brilliance displayed by him in the form of art, has enabled him to receive this award. It is his artwork that has enabled the product to stand out amidst competition. 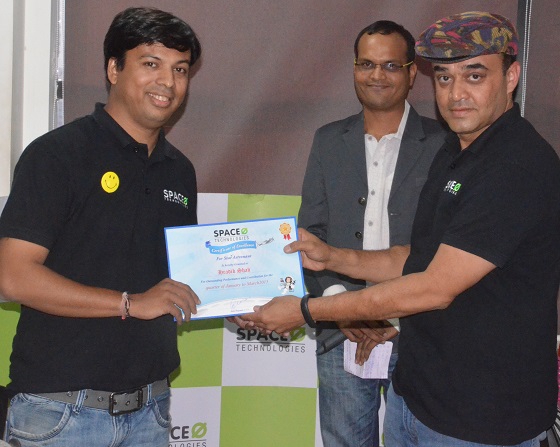 McCullum for team Space-O, he has led his team towards solutions. His contribution towards Smartcity 311 project and his immense love for coding and providing solutions is the reason he received this award. 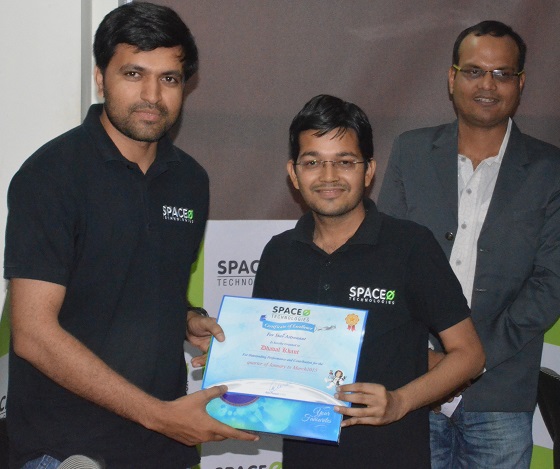 He is one of those who remain calm under pressure. No wonder he has been compared with M S Dhoni! He is responsible for excellent products especially the client app which was enlisted as one of the top 30 apps on iStore. 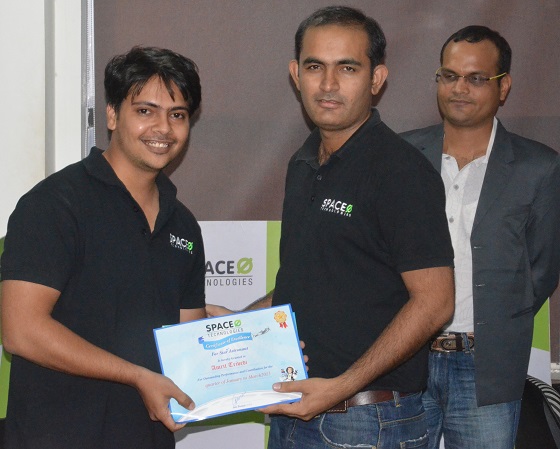 He is Ajinkya Rahane for team Space-O. He is indeed an all rounder and walks out with astonishing results in every work that’s assigned to him. 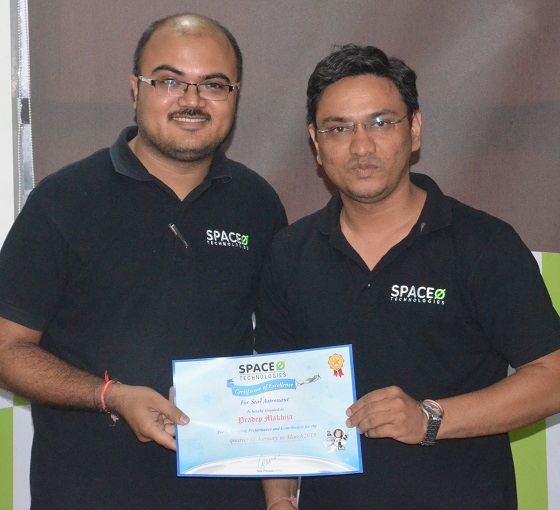 Now its twist time for this R&R Q1- 2015, we honored new & noteworthy astronauts who working very hard for their work, the names are Vikita, Gaurav, Dipika, Mayuri, Paras, Shubham, Khyati, and NIlax.

But, It’s Not the End

That was all about R&R awards but then we began announcing awards for the best teams, who dedicated themselves towards their projects. The first prize went to the team of Smart city 311 project, which was mentored by non-other than Mr. Rakesh Patel (CEO of Space-O Technologies). 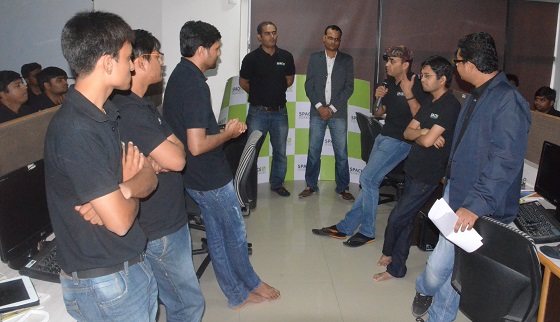 “I have done some great things in my past that is the reason I have this great team. It has been a new experience and learning from Smart City project, where I have to work with Government entities and its tough but because of my team and my DNA, I love to take tough challenges and win them.” – Rakesh Patel

The 2nd team is ‘Space-O Website Revamp’ team, who works very hard to give the best user experience to their visitors and gives a new look to all the web pages of the Space-O website.

Last & Third team, nope it’s not particularly a team, but the fellows who never consider time as their limit and attend the swift training early in the morning, learn new things and are ready to go to any extreme to learn new languages with no change on their project deliveries. This is all because of Our technical head Mr. Jigar Mistry, who inspired them to learn.

He believes in coding standards and applying the same with a training session. Coding standards are great – but how do you decide which standards to apply or how will they be defined?, he covered this all in his sessions and create a process-oriented technical solution.

Whether it is a technical or a non-technical, He is solution architect, Mr. Atit Purani, CTO, emphasizes on training & development and strong technical depth.

‘Organizations can grow randomly and up to some extent horizontally but in a longer run without strong pillar, it can not stand out amongst others. Technical depth is one of the backbones which enables organizations to grow vertically. 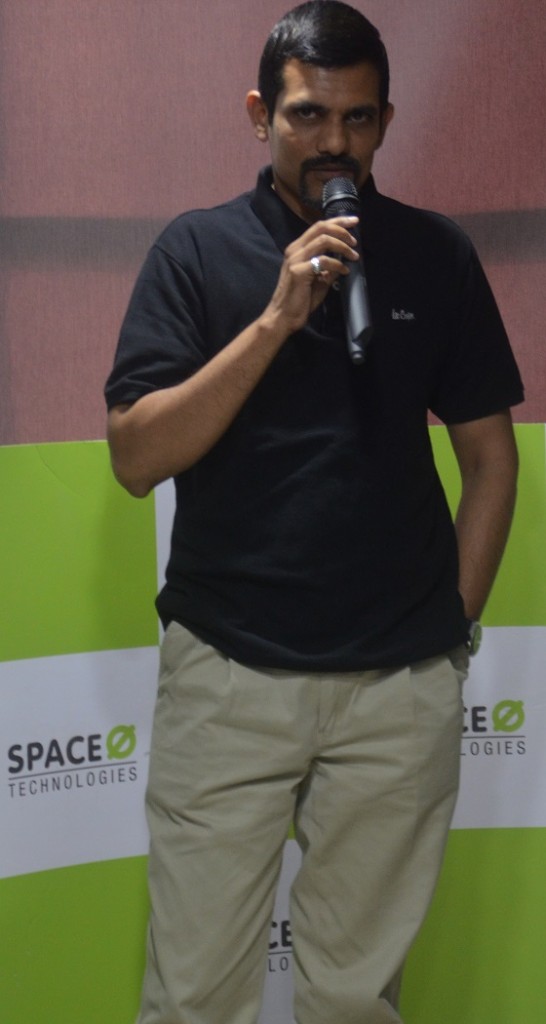 So coding structure and training are the most important part for the organization.

At last, our Delivery head Mr. Narendra Purohit, who always walk with positive vibes and talk small to big matters to encourage a team to improve the projects deliveries. In this R&R, he stated, which he generally mean when he plays Carrom in Space-O Game zone:

“When we are playing something we will play very hard to win and when we are working don’t miss any, give the same dedication and work on”.

No IPL, whether it is a theme for an awards ceremony or the actual one, can end without the famous Sidhu Shayari. So, it happened that Vishal ended the beautiful event with one class Shayari.

With such events, Space-O tries to nurture an empowered entrepreneur in every employee. 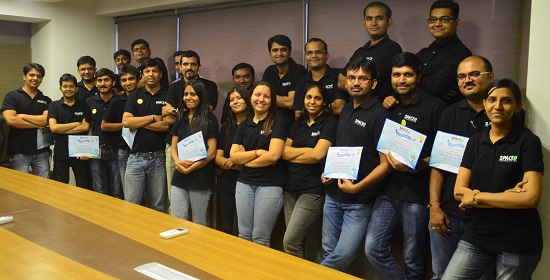 Space-O believes and understands the need to keep the employees motivated. It believes in working as a team; be it an employee or a client or a vendor, Space-O treats them all with the same spirit. You cannot succeed alone, and these are the values instilled in Space-O.