App ratings play a huge role in where your app ranks on Apple’s top chart lists, and it influences new users who’re considering downloading your app.

Although, it’s quite tough to get users to rate your app, because without reminding them and making it easy, they’re less likely to rate your app. The only exception to this is the user who only wants to criticize an app or who is die hard fan of an app.

To overcome this, iRate feature is used. It is a really helpful library to promote your iOS app by reminding users to leave a rating for you in the Apple App Store.

In fact, this is a strategy recommended by Apple on their App Store “tips” page, and doing so will more likely to increase the number of positive ratings and reviews of your app.

Today, in this iOS app tutorial, we’ll see how to add the iRate feature to increase your App ratings. 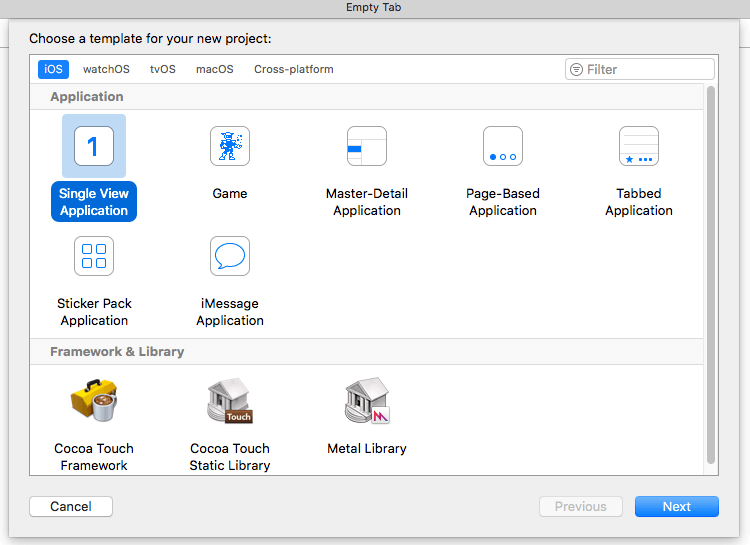 In the next tab, write project name, select appropriate team for which you’re creating the app, and select Swift as language. 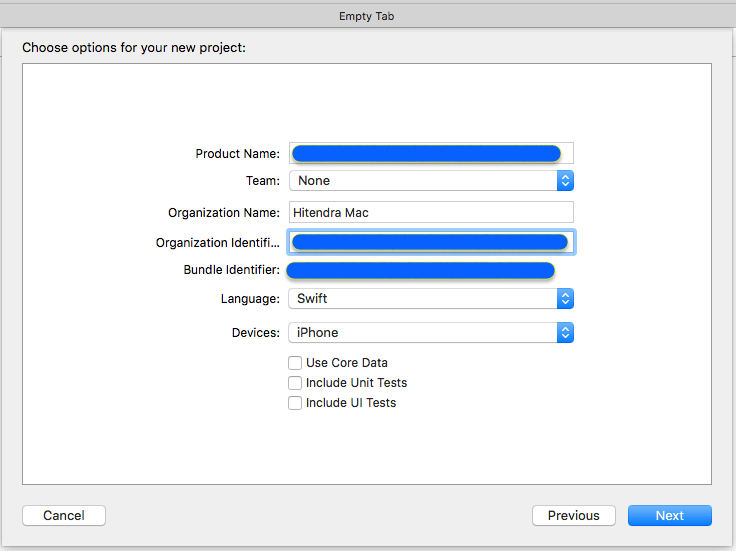 Now, downlaod the iRate library from the github by clicking here.

Unzip the downloaded .zip file and find the iRate library inside the iRate-master directory.

drag and drop the iRate directory to the Xcode project navigator.

Here, the downloaded file is in Objective-C language. So, you need to create a bridging header file to use the Objective-C code into Swift language code.

follow the Apple official documentation to create a bridging file.

Add below code of basic setup of iRate in the app delegate.

Add below code in the control event of your button.

This will force the iRate to show the prompt. 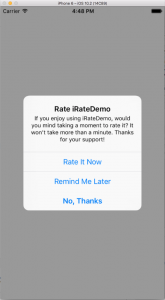 Note: Tap on the “Rate It Now” button of the alert, it will automatically redirect you to the App store page of your app in the real device if your app is live on the store. If you run the app in the simulator, It will not do anything because app store is not available on the simulator.

Once you successfully implement this code, you can easily make add “Rate This App” feature in your iPhone app. Though, if you’re planning for your business mobile app, you should hire iPhone app developer to add this feature in your app.

Get a free copy of Rate This App Demo from Github.

Have an Idea for iPhone App? Let's Discuss!

How We Developed Our First Swift-based Mobile Application

How to Create a Simple Timer in Swift Using NSTimer?