Ignoring Mobile App Media Can Have A Big Impact in 2016

App Media! Might be a surprising word for you, isn’t it?

You know that apps are driving the maximum media consumption activity. It is reported that 7 out of every 8 minutes of media consumption is through mobile devices. Additionally, smartphone app activity is higher as compared to the tablet. App media consumption means an individual or groups are taking information through an application. Let’s understand through a graph. 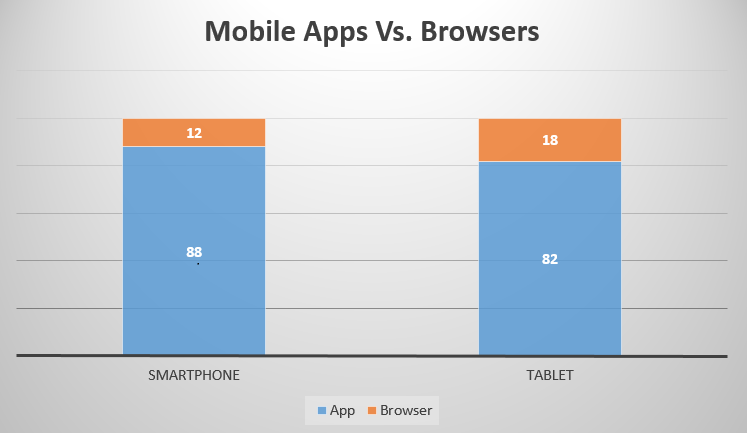 The graphs say that most of the people are consuming app media through smartphones or tablets rather than browsers. Moreover, people are spending more time in consuming media with news app, social networking, weather, etc.

Talking about smartphones with Android, it will hit 1.53 billion up from 1.2 billion in 2015 although its market share will remain static at about 79%.

Who have snatched Apple’s lost share during this period?

Definitely, not Android. It’s Windows Phone operating system, who have picked Apple’s lost share during the period of with shipments increasing 34.1% this year.

According to the IDC, the number of the smart devices, who are using this operating system will more than double to 103.5 million between now and it is expected that in 2019, the market share inching a few points up to 2.2%.

There are many popular mobile properties are accessed through mobile application rather than of mobile browsers. One of the most popular examples of mobile social networking properties is Facebook that has 727 million monthly active mobile-only users.

Like Facebook, we have a social application, that users mostly accessed through mobile, MobStar application is for our future superstar to record 15 second videos and show their talent. MobStar becomes so popular among users and now valued at $60 million after a successful Round A.

What else than Social App that Grows in the Mobile Market?

It’s mobile retail via shopping apps, and gaming application and other possibilities of app monetization. Apart from mobile messenger application like WhatsApp also have more than million monthly active users, as it is one of the cheapest alternatives to SMS. Apart from, other chap application features that liked by users are group chats and multimedia messages like a photo and video messages.

Not similar to every messaging application, Space-O has developed Tuloko, a social-cum-business application, connects people to their local community through messenger service to chat on businesses, events and news targeted to the black community. 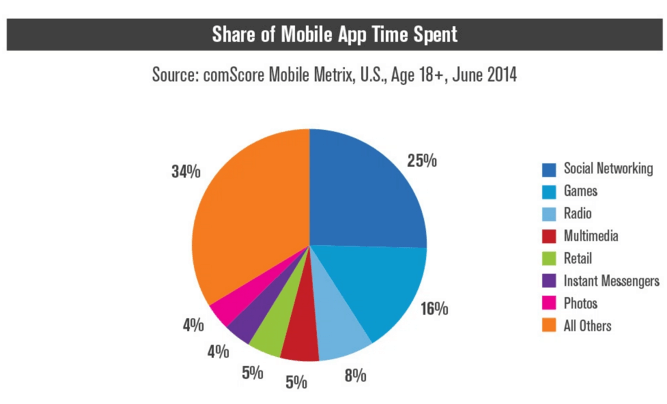 Concerning this graph, we can come to know that people are more interested in using social media application in their smartphone rather than laptops.

Do you know how advertisers responds to the changing trend in the mobile media time? Conducting some survey, we come to know that digital media time is not significantly higher at 51% as compared to desktop, which is 42%. Let’s understand better with below chart. 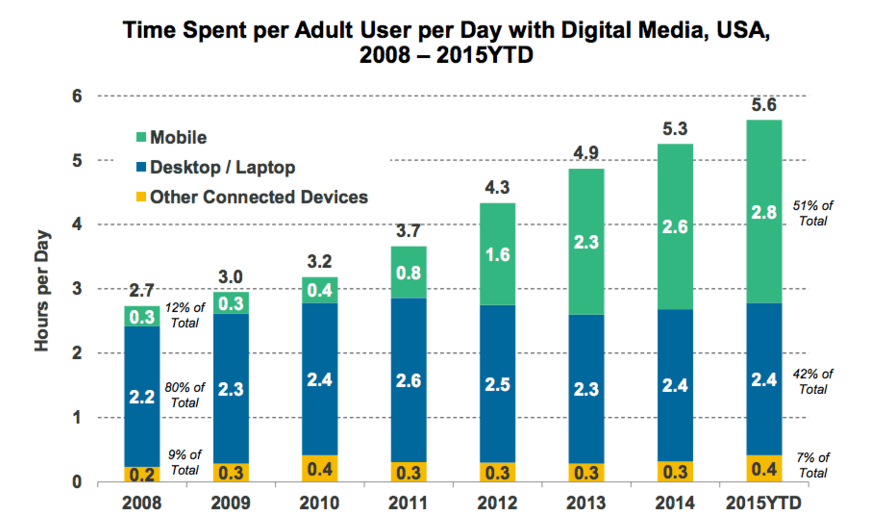 Here, the allegations are clear- if you are unable to reach to your audience through mobile search or display, you don’t get a satisfactory mobile experience. In fact, you will miss an opportunity that your competitors are enjoying.

According to the study by eMarketer, mobile ad budgets shows a different view. In 2015, the mobile ad spending accounts for 49% of digital ad spending, which lacks behind the trends of how users are using the smart devices. With below-given chart, we have projected future growth and come to know that mobile is future and with 3 years, it will rule digital ad spending. 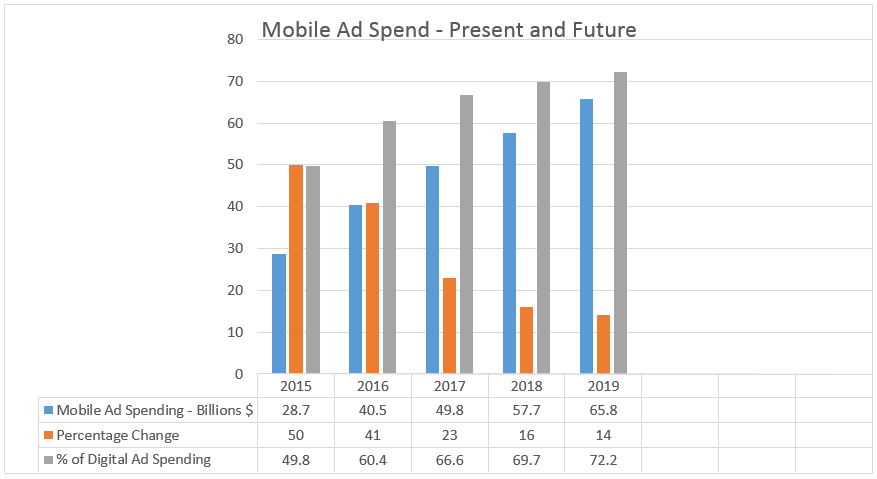 Is It this the sign of ‘mobile app’ trend?

Of course, this compilation of statistics about mobile app usage and effectiveness say that so. Not only mobile applications, Internet of Things (IoT) like Google Glass, iWatch and other wearable techs are all set to take app development to the next stage.

According to Cisco, “IoE (Internet of Everything) Creates $19 Trillions of Value at Stake for Companies and Industries.” So, don’t make a mistake of taking back in Internet of Things in your app development strategy, just due to Google Glass have failed to fulfill expectations. The reality is wearable smart devices will remain persistent.

Apple has also put a major challenge for WatchKit developers with the launch of watchOS 2. Moreover, Apple also is also moving towards Swift app development and it’s high time to brace yourself to create the ultimate mobile experiences for your users.

Not only to swift app development, tvOS apps will double-up to 10,000 in early 2016. It is estimated by appFigures, on average 447 new apps are added every week with total now beyond 2500 apps at the end of 2015. Analyzing the growth, the company estimates will increase similar to iPhone’s iOS App Store performed Games and Entertainment category apps are on the top.

Additionally, Apple TV and its new tvOS could bring much larger opportunity for Apple and such things should really be interesting for Apple in 2016.

Looking to the growth and importance of apps for different devices, we come to know that ignoring mobile app media can have a big influence in coming years. What do you think?

When Does A Mobile First Strategy Actually Work?

Developing mCommerce Retail Apps? Know About the Most Desired Features