How to Select Your Mobile App Development Platform Well? 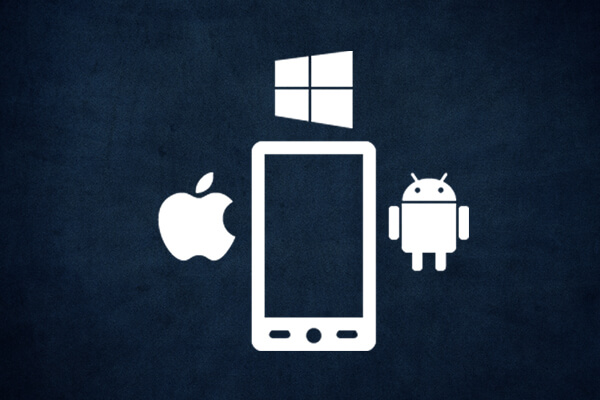 Making mobile apps is an awesome decision. Making an app that reflects your company, its products and services, an even better one. But which platform will you choose to make that perfect app?

“Well.. haven’t decided yet let’s see… May be Android or iOS… wait may be windows! I am not too clear really. But that isn’t a very important decision is it?”

This is where most of the app makers go wrong. It is actually as important as the decision of making an app itself and their startup apps go down immediately.

(1) Target the Target Audience:
It is important that you keep in mind the target audience that you are making this app for. Accordingly, after doing extensive research, you should choose the platform that will actually be beneficial for you and your product.

(2) Cross Platform App or Native App Development:
Already this is a confusion that has been discussed before. However, now there is a need to look at your priority. Do you want to make an app only for iOS, Android or Windows or for all three or may be for two of them, is something you need to think about and decide beforehand and based on that comes the choice between making a build specifically for one platform (native) or to make a common app for all.

Developing apps using Cross Platform Tools or developing a Native apps have their own pros and cons. There’s no one size fits all solution.

(3) Ease in Making an App:
Well certain OS have the capacity to be an open to all coding language apps making system. Like iOS supports apps made in Xcode and Xcode supports C, C++, Objective-C++, Java, AppleScript, Python, Ruby, Rez and Swift source code.

While on the other hand Android supports Eclipse and Android studio and studio supports C++, CBOL, Python, Ruby on Rails.

These are a few dynamics that need to be kept in mind before taking the final call.

(4) Piracy Rates:
This is a major concern for the mobile app developers. And as reported Android has more piracy issue as compared to iOS apps. This is because unofficial Android apps can be easily created and shared as apk files.

On the other hand iOS apps, whether free or paid, requires to be validated by Apple before being downloaded from App Store.

As a result, developers who aim to monetize their apps, prefer using ads in their apps as an alternative way of revenue generation.

(5) Weight lifting- Heavy Load:
There are certain OS that can bear as many as possible workload that an app can lay on it. However, in some platforms you can’t run more than a few features and it crashes. While making an app and deciding what all will this app do, you must sit with your team of developers to decide how heavily your app may weigh and therefore which OS is the best for you.

(6) ROI:
What is the purpose with which you are making this app? Is it only to market your product and/or services? Or is it to earn some money? If it is the latter then, iOS is a better choice for you.

(7) Reliability:
Your app is a sure shot solution to making your company well-known and your products famous. But if these apps do not support or cannot support you then? While the app is launched and is being used by the user and it suddenly crashes! Then you basically end up losing whatever reputation you have build from the start till now. Reliability is thus very important and should be checked upon while making an app.

Give it your best and take help from the best too. Space-O, with its expertise and perseverance, will help you in making a mind blowing app. Talk to Space-O now and we’ll help you choosing your app development platform.

Want to Develop a Marijuana Delivery App? 3 Lessons That You Need to Consider for Your Online Medical Marijuana Dispensary