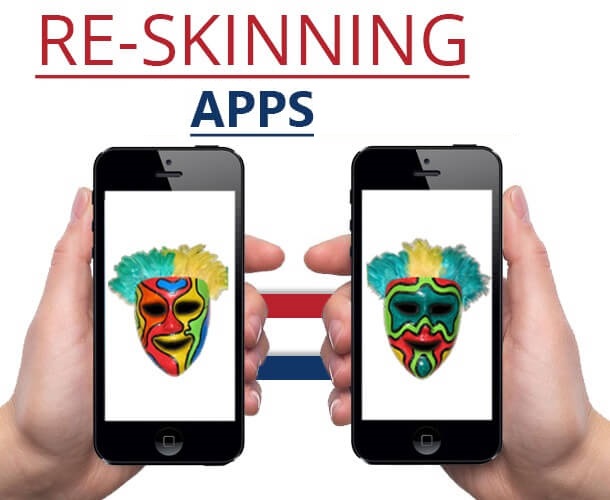 The story of Flappy Bird is no less than filmy. However, it has indeed taken the world of iPhone application development, and mobile application development per se by storm. So, if you are mulling over this phenomenon of re-skinning the app especially when all developers are keen to re-skin Flappy Bird, do look at Space-O’s experience and expertise at re-skinning the app.

When you want to hire iPhone app developer, you need to understand how exactly re-skinning can earn you lots of green bucks. Let us see the advantages of re-skinning app and importance of hiring iPhone application developers who can create such apps.

Focusing on your core idea

When you want to re-skin the app, what basically you do is cashing in on the taste of the consumers with a bit different idea. While you are at re-skinning the app, you do not have to build the framework from the scratch and write the code from zero. This makes your iPhone app programmers in a much controlling condition as they only have to focus on what the app wants to convey or offer to the consumer. Brain exhausting energies on how to develop a framework and write the code are saved and an app can be developed faster, and sold even faster. Why not then hire iPhone app developer who exactly knows the secret magic of re-skinning and make lots of money?

Re-skinning is not illegal, though one needs to know how to obtain legal permission and related matters. When you are set to hire iPhone app developer, you need to ask her what she understands by re-skinning and obtaining pertinent framework for the same. It is indeed illegal if you want to build an app with other’s framework and source code without that person’s permission. It is very important to procure that person’s permission before you start re-skinning the app.

Since, re-skinning is the new rage in the industry, you can access the markets specially created to obtain original framework and source code. At times, the framework or source code may appear expensive, but in that case if you do your analysis correctly and weigh your options of developing the framework and code from the scratch, you can arrive at the right and well-
informed decision. Having procured the necessary source code, your iPhone app developer needs to know the following things about re-skinning the app:

Re-skinning is indeed a current tool to sell the app and make lots of money. Considerations of originality and innovation have been redefined by this trend, and every developer or appreneur is keen to make the most of it.

If you are too keen to hire iPhone application developer who knows exactly what this re-skinning of an app is all about, contact Space-O right now.

5 Reasons Why iPhone App Owners Need to Upgrade Apps For iOS 11 As Soon As Possible!