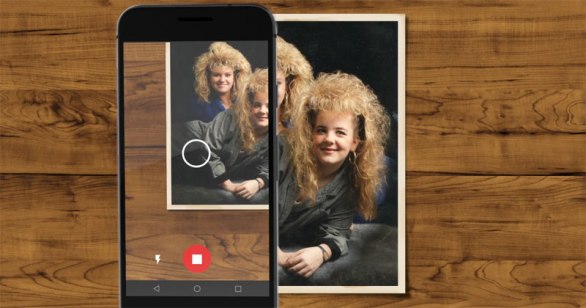 Pictures of the past now meets scanner from the future.

Google photos, since its launch, is been home for users’ photos and videos, but what about the past memories?

Before smartphones were introduced, people took real photos and printed them on an actual paper to keep the memories of siblings, grandparents, childhood friends, etc. And it’s a good thing if we can store those precious memories safely, rather than putting them in a dusty old box.

All of you might have those old albums, but it’s hard to digitalize those precious memories. And even if you try to capture it on your mobile phone, it might end up with glare and look like this: 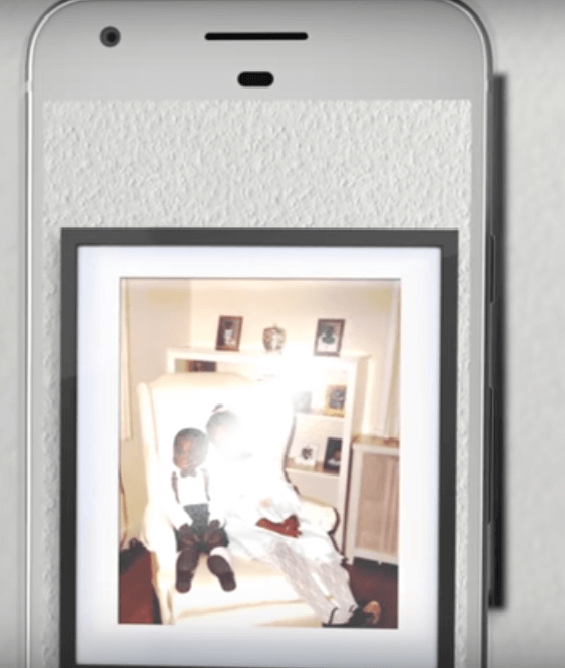 The team behind Google Photos released a new app that helps to turn old photo prints into digital photos and save them on cloud with just a single tap. Photo scan app, which was released on November 15th, 2016 on Android and iOS platforms allow to scan photos quickly.

The interface of this scanner app is quite simple, and doesn’t need login. The photoscan app directly opens to a camera and asks you to position your photo within given frame. When you position your old print, four dots will appear over your photo. To scan, you just have to move your phone on each dot and hold it until the circle is filled one by one and ta-da! The photo is scanned.

Simple enough, right? Well that was the idea. There are dozens of simple idea that crosses our minds each day, but we hardly give them attention and that’s the problem. Most of us wants to create something unique, something innovative, but what most people don’t realize is that we don’t have to always innovate. If you try, you can still be successful by solving such small real life problems.

Understanding the example of Google’s photoscan app, you agree, right?

They found a problem. The old photo prints were at risk. And they wanted to digitalize them before we lose them, but in the most easy and efficient way. And that’s how they came up with Photoscan app idea.

“The idea was to persuade people to digitalize their old photo prints before they lose them. They are at risk when you move. They are at risk of flood, theft, and fire. And after each day they fade away a bit”, said David Lieb, product development lead for Google Photos.

After identifying this problem, they finally came up with an idea and converted it into a brand new app. And this is the whole point. If you also have an idea that solves even a smallest problem and helps to make people’s life easier, then prepare a plan, hire dedicated developer, and start working on it. Because who knows, our next blog post might be about your app success.

You should also take a look at our most popular article: What Does it Take To Make An Instagram Clone App Go Gangnam Style?

this might also help you about building a new startup app from scratch.

Want to Develop a Successful Startup App? Contact Us Now