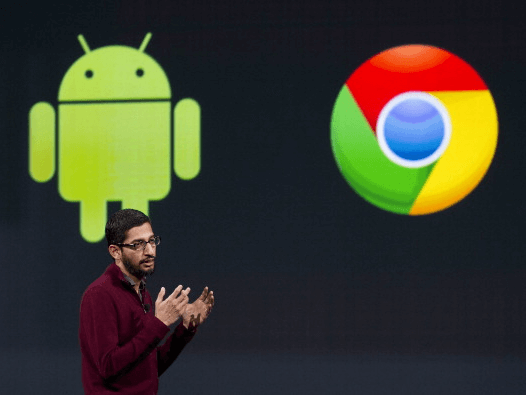 One more experiment launched from the Google Moonshot project. “App Streaming” is a whole new way to make the mobile search more useful.

What is Google’s App Streaming Project?

Google has come up with another feature of its own, to surprise the Android user’s. The new feature, “Stream” allows the user to search for a few handful of apps using Google on mobile without having to download them.

Mobile Google search shows these apps’ content like a part of the search engine result. It can so happen that the web results shown are entirely based on the app and not on the Content from the nine apps that Google partnered with will now show up in mobile search results, even if it doesn’t exist on the company’s website, and users will be able to click a “stream” button to get the full app experience without installing anything. 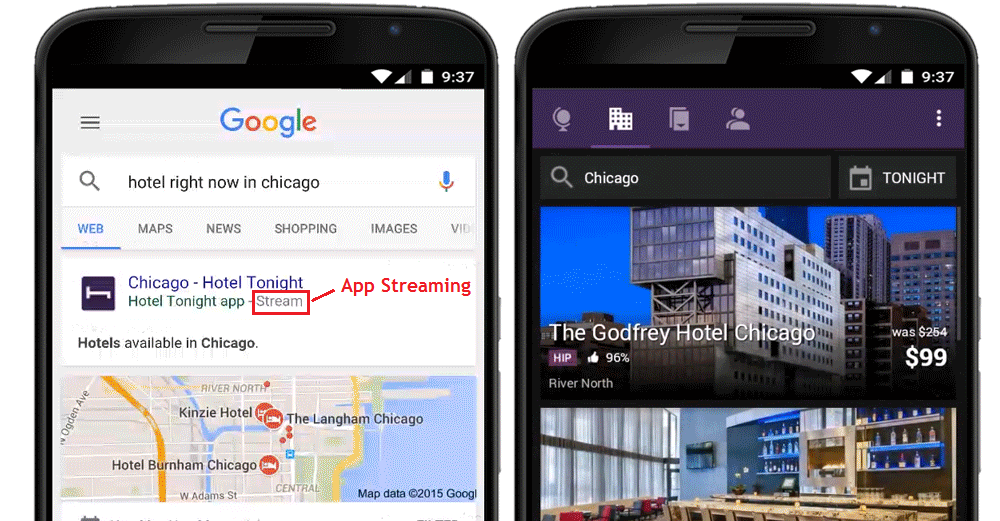 To take an example, if you search “Hotels in Chicago” Google will now pull up the ‘app-only’ content from the app Hotel Tonight, to let you find a hotel of your choice and to book it without downloading the app.

This is made possible by Google, by letting the apps run remotely on virtual machines through its Cloud platform (you’ll need to be connected to wi-fi for the process to work).

The new move in the chain of efforts that Google has made to convince the app makers to “index” their content so as to allow it to be searchable by its algorithms in a process known as ‘Deep Linking.’

The latest feature added to it plays a trump card for Google. Now, when any relevant content is searched in Google, it only shows the content of the app even if that isn’t a part of the actual website. And all this, without having to download the app perse, in the device. This is the move that, according to Google, will help it’s search engine remain the main way for users to access to information.

While Google’s other moonshots have been much sexier than this recent release, like driverless cars or internet-bearing balloons, but this moonshot will have a deeper impact of Google and the user’s themselves.

#2. More exposure for developers
Even though this sounds very controversial, as with this sort of a technology, the app downloads will get lesser in comparison, the developers will actually get a lot of exposures and newer experience.

Looking at it that way, the developers will have the chance to learn newer things and become experts in them. Two such techniques that these developers will learn a new area, app indexing and deep linking in every app.

Google is trying to make the mobile platform a basis from where most of its searches happen. In doing this, Google is not only trying to increase its own importance as a search engine for smartphones but is also trying to allow a platform for the developers to explore and learn more.

So, if your app content is not indexed for making it searchable and you are not using deep linking for your mobile apps, it’s time you get it done.

Want your Android apps to be benefited by the app streaming feature? Reach us now!

How to Implement Android Relativelayout For Designing Attractive User Interface

How to Integrate and Use Google Firebase Android Analytics?

How to Integrate and Embrace The Power of Android Camera API