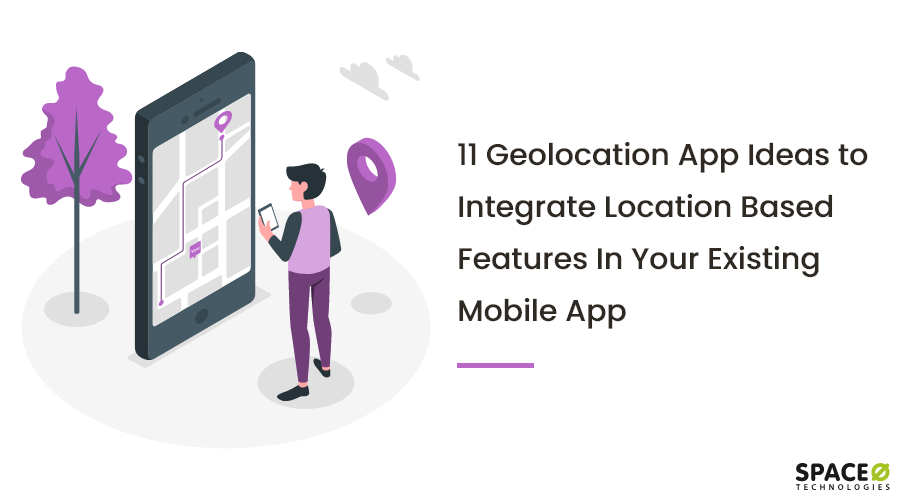 how to create a location based app

The trend of location-based services apps has already been well-established in the mobile app market. Geolocation feature in mobile apps have opened new doors for new location-based applications startup ideas and also established businesses which weren’t possible without this technology.

But do you know the best part?

The best part is that people are going nuts about location-based mobile apps nowadays.

To answer this question, people need a GPS based smartphone with a geolocation app in it.

Geolocation is the trend that is escalating through almost all social media channels. People from all over the world are widely using geolocation apps for updating their present position on social media and for many other purposes.

Not only that, but the stunning success of mobile apps like Instagram, Uber, and even Pokemon Go is enough to convince us to integrate geolocation features in mobile apps.

However, if you’re still not sure whether to integrate this feature or not, just take a look at this: 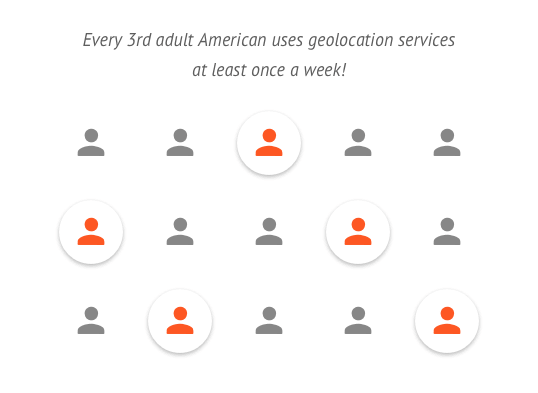 According to one of the latest surveys, every 3rd American adult uses geolocation services at least once a week.

Where are my friends right now?

Where can I eat the best pizza?

How can I get to that place?

People expect their smartphones to answer such questions and you can make it possible for them.

We’ve researched the best uses of geolocation features in mobile apps and created a list of 11 geolocation app ideas that you can use it for either raising your business, and it will also give you insights on what you should not miss in your first mobile app which includes location-based features.

Have a Geolocation App Idea?

Want to validate it for free and get a free consultation?

Most people, when hearing the word Geolocation, think about Google Maps. But, what most people don’t know is that it’s just a tip of the iceberg.

There are many ways to integrate location-based services in an existing mobile app. Here are the proven and most popular geo-location based services that you can implement.

Want To Make a Geolocation App?

How to Get Started With Geolocation App Development?

An app needs to start with strong web backend and interactive UI (user interface) along with specific features such as:

In fact, there are many more features that we would like to discuss with you in-person or on Skype call as our success with Bevy, Ninja, and 100 more apps have inspired many of our clients to use geolocation features in their mobile apps.

Our experience to use the global positioning system (GPS) or radio frequency identification (RFID) for defining geographical boundaries gives a new thought to the business owners, which has allowed them to interact with their customers more effectively through geolocation feature integration in their business apps.

First, it allows them to increase users’ app engagement and extend their lifetime with the app.

Make advertising relevant so that it does not negatively impact the in-app experience.

Prove to advertisers that you are the right hub to reach their target audience.

By bringing real-world insights into consumers’ behaviors and trends front and center, publishers can create better, personalized experiences for their end-users, and simultaneously give ad partners an accurate composition of their target audience.

Still, if you have any doubts regarding the complete process of how to create an app for geolocation, the cost of making an app for geolocation, want to know the cost of integrating geolocation features into an existing mobile app or location-based app builder or want to know how to make a GPS navigation app, then fill our contact us form with all your questions and we’ll be happy to answer on how to make a GPS tracking app.