Are You Planning to Develop Contraceptive App like Natural Cycles? Check Out These 3 Unique Features Before Developing a Successful Fertility App 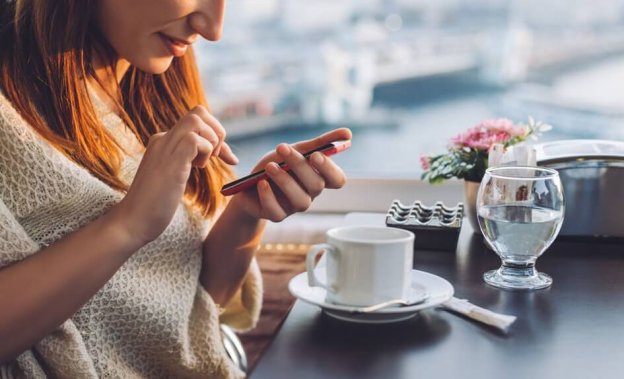 This blog is for startups & entrepreneurs, who want to create a contraceptive app like Natural Cycles. We’ve curated three unique features, which you can consider during fertility app development.

Millions of women are turning their smartphones to track their menstruation cycles and to know more about their bodies during their fertile or ovulation days. Well, there are a number of fertility apps or we can say, period and ovulation tracker apps like Flo, Ovia, Period Tracker, Conceivable, Clue & Kindara.

Talking about the craze of “fertility app”, the search term or keyword has been popular among searchers since 2008.

When it comes to talking about the interest by region-wise, then the search is high from the U.S. and the cities are Pennsylvania, New York, Texas, California, and Florida.

There is a revolutionary and high-tech fertility app named Natural Cycles, which has taken this sector to the next level. According to the company, the digital contraception app is the world’s only birth control app, which uses analytics rather than chemicals to plan or prevent pregnancies. According to the report from TechCrunch, “Natural Cycles is a form of birth control app, which is the FDA (Food and Drug Administration) approved.”

Well, this high-tech fertility app, Natural Cycles, has always been in the limelight due to its exceptional app features. The company also claims to meet its app users’ requirements. Let’s know more about the app. 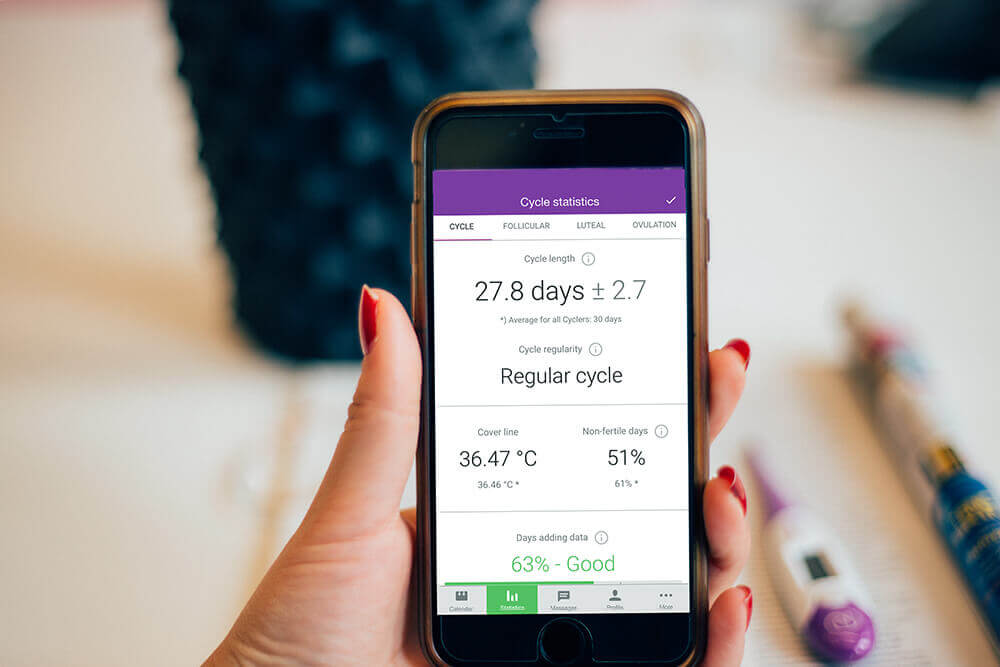 Founded back in June 2013, Natural Cycles is a Swedish-based startup, offering a contraceptive app, which uses a basal body temperature. Through an algorithm, it helps to calculate whether the user is fertile or not. In addition, it helps users to get aware of their bodies in menstruation cycles. According to the report from FDA, “The U.S. Food and Drug Administration (FDA) has permitted marketing of the first mobile app, Natural Cycles, which can be used as a method of contraception to prevent pregnancy.”

Well, one of the most worth mentioning things is that this high-tech fertility app, Natural Cycles, works on an algorithm, which is a unique part, making this fertility app stands apart from its rivals. Let’s know how does Natural Cycle app algorithm work?

How Does Natural Cycles, The Contraceptive App, Algorithm Work?

As we’ve already mentioned that the Natural Cycle app is based on the unique algorithm. This algorithm calculates the green and red days of registered app users. And, it helps users to predict the ovulation and fertile days of users.

The algorithm works by identifying the user’s fertile days. And, every female user has a different and unique cycle. So, it lets users know when the ovulation occurs. And, it shows as “red” fertile days in the contraceptive app, Natural Cycles, when the user once gets started. This is what you can see in the image of stats. 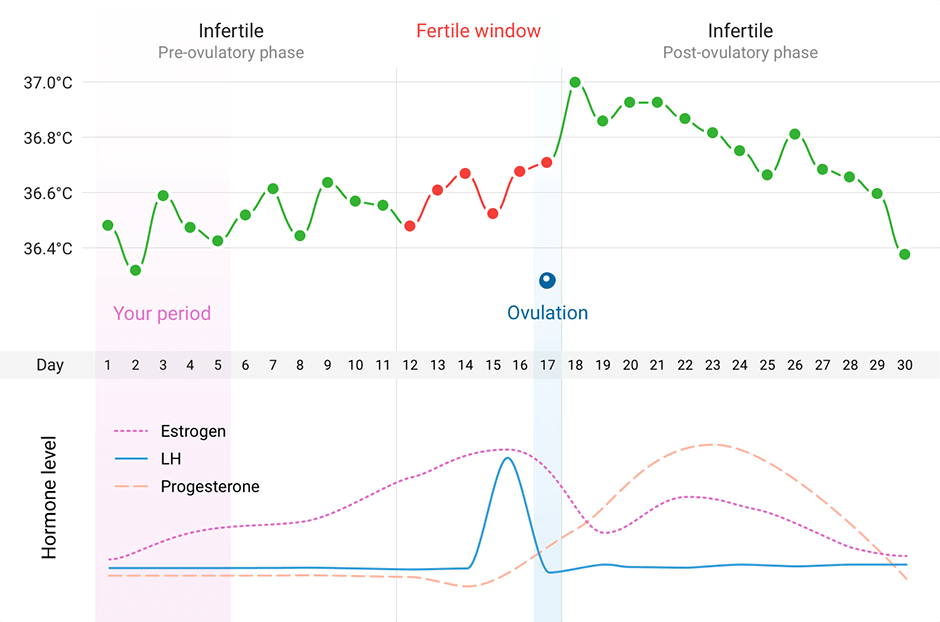 Additionally, the algorithm will also calculate predictions for upcoming months, depending on how regular menstruation cycles are.

Talking about the performance of Natural Cycles app, then according to the latest report from SimilarWeb, the Google Play rank is #421 and Usage rank is #541. This is what you can see in the image.

Now, herein we are breaking down the unique features, which can be considered before developing a fertility app or contraceptive app like Natural Cycles. 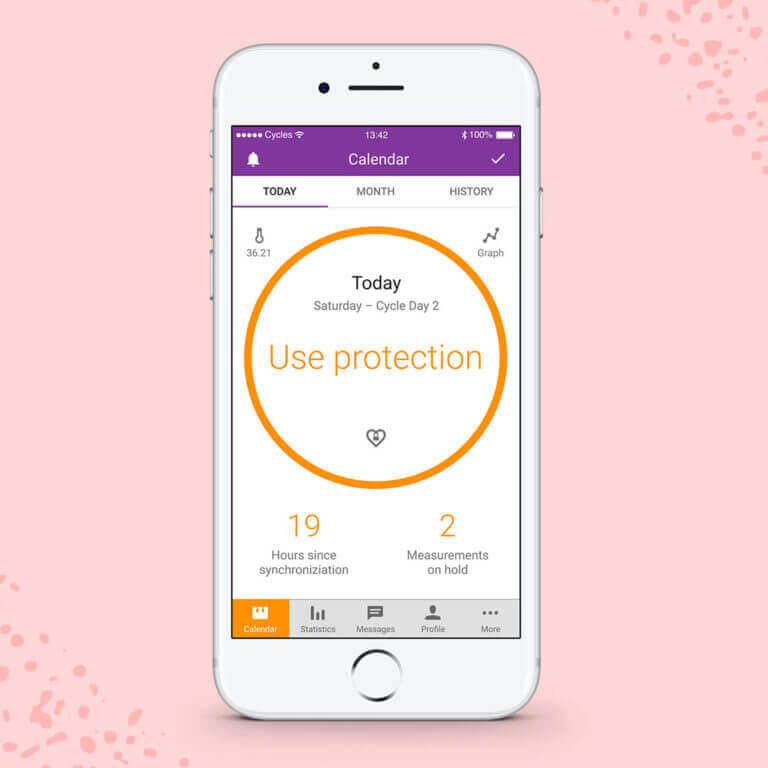 The fertility monitoring app allows users to know more about their menstruation cycles, periods and peak days of fertility. The app is based on the algorithm on data given by woman by using the app such as daily basal body temperature and monthly menstrual cycles. Then, it calculates the exact window of fertile days each month when woman is most fertile therefore likely to conceive.

Well, this app feature lets users know about the cycle with the graph, where it shows the green and red days of fertility. The important feature is that it can be accessed and add data offline. The app will store until the next time the user is connected. The offline mode feature will sync the new data with the algorithm and return updated fertility status. 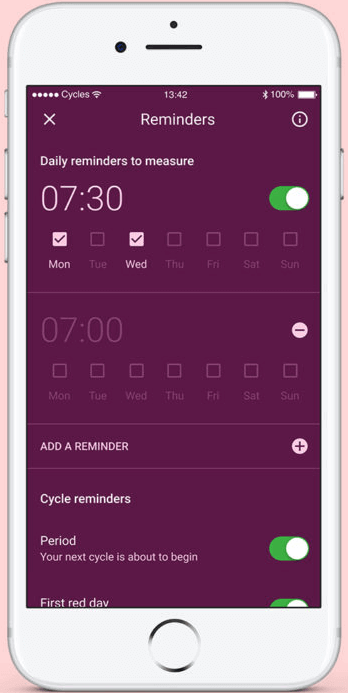 There is another important feature named as reminders, which is customized to receive reminders to measure. Being a startup, you can allow your app users to customize reminders as per their convenience.

2. Allow Users to Learn More About The Body in Real-time

The FDA approved birth control app, Natural Cycles, is based on the strong algorithm, and it works to know the basal body temperature of the female user to know about fertile or not. All you need to do as a startup that allows your app users to get easy solutions in terms of accurate results about their health conditions during their menstrual cycle and pregnancy.

As long as predictions are concerned, these will be varied while adding the data by users. In this way, users can see the data visually different from the past days and the current day. However, there is a green-colored smaller circle in the app that will show the predictions about fertility like not fertile, low fertility as per the user’s data. 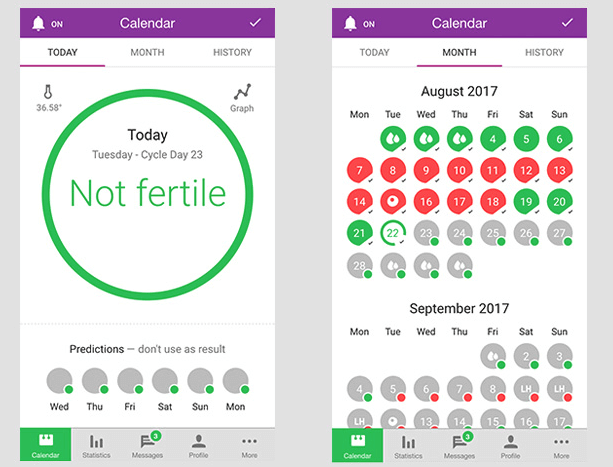 So, being a startup, if you are planning to create a contraceptive app like Natural Cycles or give solutions to prevent pregnancy to your users, then such feature is unique and worth to consider during fertility app development.

Are You Ready With Your Idea on Fertility App?

If you are having an idea on fertility app, then all you need to cross-verify your app idea with us as we are a leading mobile app development company and have already developed over 3500 mobile applications with top features and functionalities, including cross-platform compatibility, social media integration, image gallery, visual calendar, and multi-lingual support.

In case, if you still have any query or confusion regarding app development cost of fertility app and menstruation cycle app development, how to make money with an app idea, ovulation apps development, how long does it take to make an app for fertility, then you can get in touch with us through our contact us form to ask questions, get real answers from real people. One of our sales representatives will revert to you as soon as possible. The consultation is absolutely free of cost.

Should You Hire In-House Developer or Outsource App Development Work to Space-O?