Every year the intensity, integrity and viewpoint with which people look at the iPhone app development process changes. In 2015 however, the whole table has been turned upside down because of 4 factors all in all.

As the statistics go;

This shows exactly how much has the iPhone app development area changed over the past 6-7 months and how much can it change in the months to come. And as mentioned before there are three reasons, in specific, that are responsible for this change.

These four factors that influenced the iPhone app development are:

Wearables have been many, but Apple Watch and Google Glasses have given the concept of wearables a different look and design. Apple’s 2014 creation, the Apple Watch, got a new OS at WWDC, 2015. The Watch OS 2, brought with it a layer of freedom and liberation. How so? Well, using Watch OS 2, any developer can make an app specially for the Apple Watch without having a compatible app on iPhone.

According to an article by TechCrunch, “The Apple Watch just became a much more interesting development platform with the announcement of watch OS 2 and a true native app SDK at WWDC…”

Native app Software Development Kit makes it possible for developers and app makers to create Apple Watch apps without affiliating it with the same app on iPhone. This is like giving wings to the already free thinking and imaginative minds and it has had a long term effect on the iOS app development process.

According to Gartner, “75 Percent of Mobile Applications will Fail Basic Security Tests Through 2015.”

Why is this? Enterprise Mobility is increasing the chances of success day by day and with that more and more companies are getting affiliated with mobility. On the other hand, personally, most people rely and depend upon their smartphones to store their data and more. In both these cases the dependence, in terms of data security, is more on the device and apps used. But can your app provide the security that personal and entrepreneurial users expect?

This is where the big gap between expectations and the fulfillment of the expectations fall. However, another additional and important thing that WWDC, 2015 addressed with the iOS 9 is an attempt at successfully managing security over all the data that you feed in your phone. This data consists of images, documents, emails, messages and much more, whether it be personal or professional. Using this technology on your iPhone, will make it easier for you to access your data while making it difficult for other unauthorized personnel to do the same.

Here is how these security protocols have been made stricter:

(1) ‘HSTS’ for Apps
If you are developing iPhone apps, you should use HTTPS exclusively. Hence all the connections will go over HTTPS, ensuring secure communication.

(2) New 6-Digit Passcode Requirements
iOS 9 has the new default password format that is 6-digit passcodes. Up from 4-digits from previous iOS version. 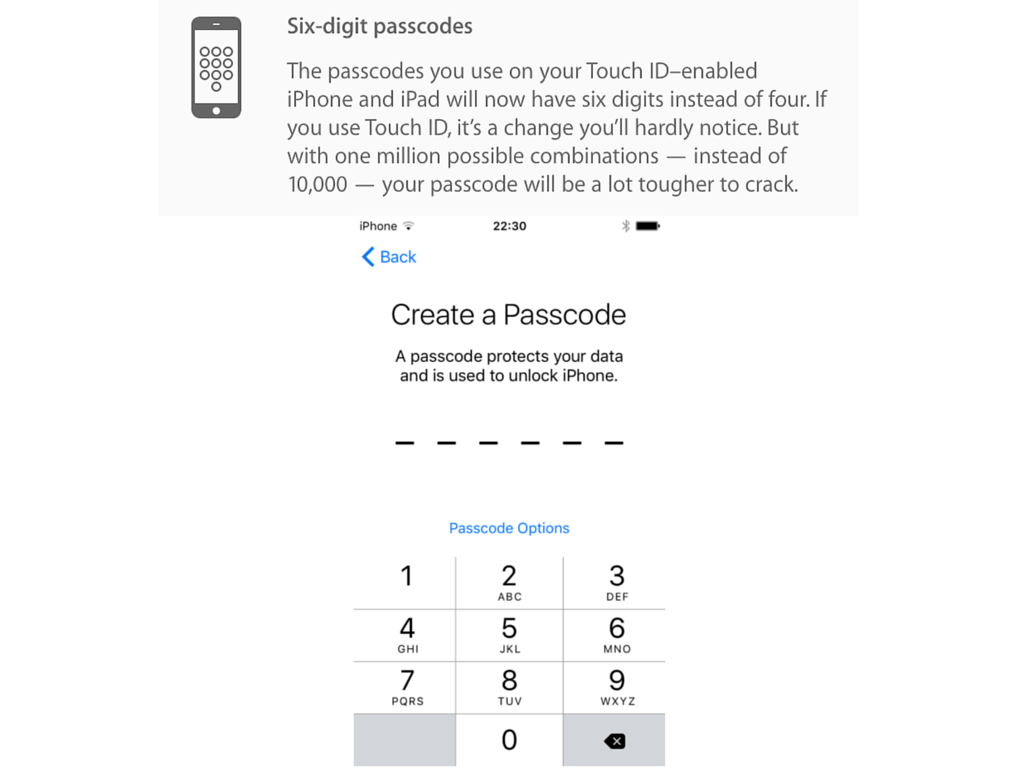 (3) TOR on iOS
Previously it wasn’t possible to proxy the traffic. iOS 9 now introduces several new network extension points, that allows tunneling the device traffic into a VPN or TOR. it prevent apps from the trackers and filter all the traffic going from the device.

This looks pretty good. The APIs to do system-torrifying on iOS9 are there. (also system-wide blocking of trackers!) pic.twitter.com/yeD4SfhvYZ

Being in the Tech news for one reason or another, IoT and apps has been shaping the world differently. Blurring the line between the real and the virtual, IoT is coming out strong with the agenda of connecting anything that is tangible. To an extent, wearables are also a part, a small one, of the Internet of things.

iBeacon on the other hand has also formed a part of the has also formed, and yet, like wearables, they come out strong and wide. iBeacons are external devices that help in giving static or dynamic messages, when a smartphone user who has downloaded and configured the related app, enters a related area or a shopping mall. It is only when an immediate and not pre-decided message has to be sent to the user’s that the internet needs to be used. It increases the location based services.

Other than that, iBeacon uses the Bluetooth to do the same. This helps you find your way around while also blurring the line between online and offline use of the app. The areas that benefit from this technology are;

Retail and Shopping: Whenever customers with an iBeacon compatible device arrives at the store or comes within the proximity range, the apps get alerted. It then can send the relevant messages through push notifications for special schemes, discounts and reminders to enhance the shopping experience.

Education: This is being considered as the most helpful medium in education driving young minds towards technology, logic, explore and unveil things.

Transportation: Information like flight delays, weather conditions, and other such alert messages can be made available to the public with iBeacons.

A new programming language for iOS and OS X that builds on the best of C and objective C. It adopts modern features, make programming easier, flexible and safe. Certain factors that infleunces app developers to move to Swift are, much loved Cocoa TOuch framework, memory management with Automatic Reference Counting (ARC), advanced compiler and debugger.

iPhone app development has always been in the limelight of those who were to make these apps or for those who were to use them. But never has any year proven so dynamic in terms of the changes that has instigated a change in the way people look at iPhone or iOS app development. This year, though, the world’s core is shifting to being something else. Already changes have been seen, but where will these changes end at the end of the year is a thing to see.

How to Create Enthralling PageViews Like ‘Angry Birds’ With UIPageViewController Storyboard