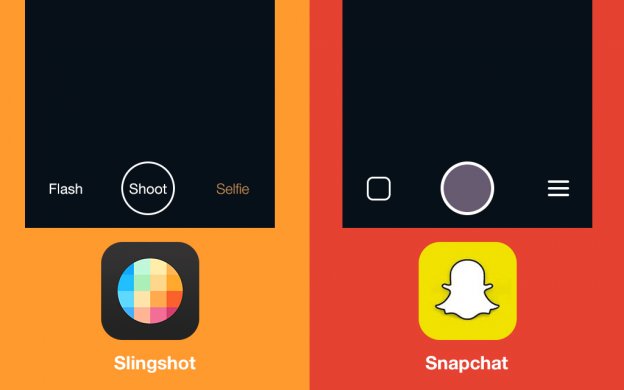 In order to compete with Snapchat, Facebook has launched Snapchat-like app called “Slingshot” that allows the users to trade ephemeral photo and video based messages. One of the amazing and interesting features of this new app is that the users cannot view an incoming message until he/she doesn’t respond with his/her photo or video. Snapchat clone script app, Slingshot would be forcing the users to trade photos and video clips just like the school kids exchange stickers or snacks. There can be no passive users on Slingshot.

It is believed that social media giant Facebook loves had been jealously watching Snapchat attract a greater share of the photos and hence, it cloned its competitor.

Some users may find it irritating and frustrating not to be able to view the photo immediately. Moreover, this app would not be useful for sharing urgent information. This new app would be available in the US on iPhone and android. The app is expected to roll out in the other countries in the near future.

Slingshot messages would not be saved. They disappear once the user responds to the messages or swipes them away. It’s Facebook’s new attempt to allow sharing between the users that is more expressive and spontaneous.

This new app also allows the users to send messages to multiple friends at once. A push notification would appear when the user sends you something, but you will only be able to see the image when you respond to it. It would surely be exciting and confusing to respond to the shot before you see it. Let’s wait to see if this new app incentivizes sharing among the users or not!

Eventually, It couldn’t compete against the SnapChat with its new features. If you’ve a unique feature in your mind, which needs to be integrated with an app like Snapchat, you can directly contact us.

D'you want to develop an app like SnapChat? Get in touch with us. Claim your FREE quote now.

How Travel App Can Help You to Increase Your Hotel Bookings?

How to Brand and Get Unstoppable Growth for Your Business Using SnapChat?

How to Develop an App like mCent and Ladoo?