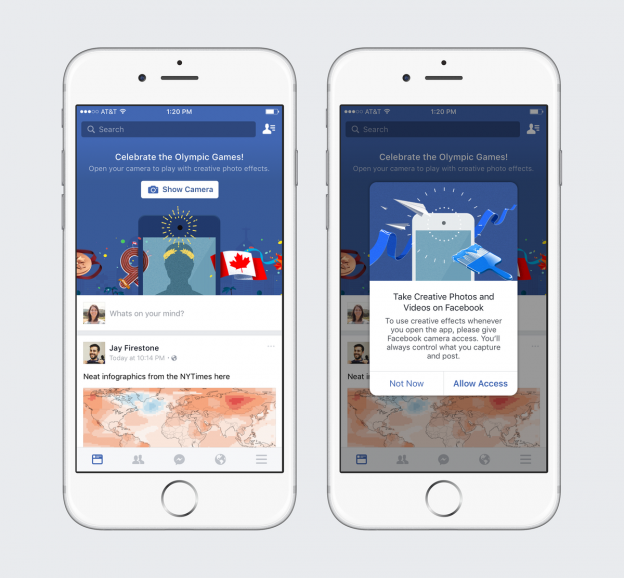 Finally, Facebook is putting its MSQRD achievement to good use by testing a new feature, CameraFeed at the top of News Feed. (See below Image). 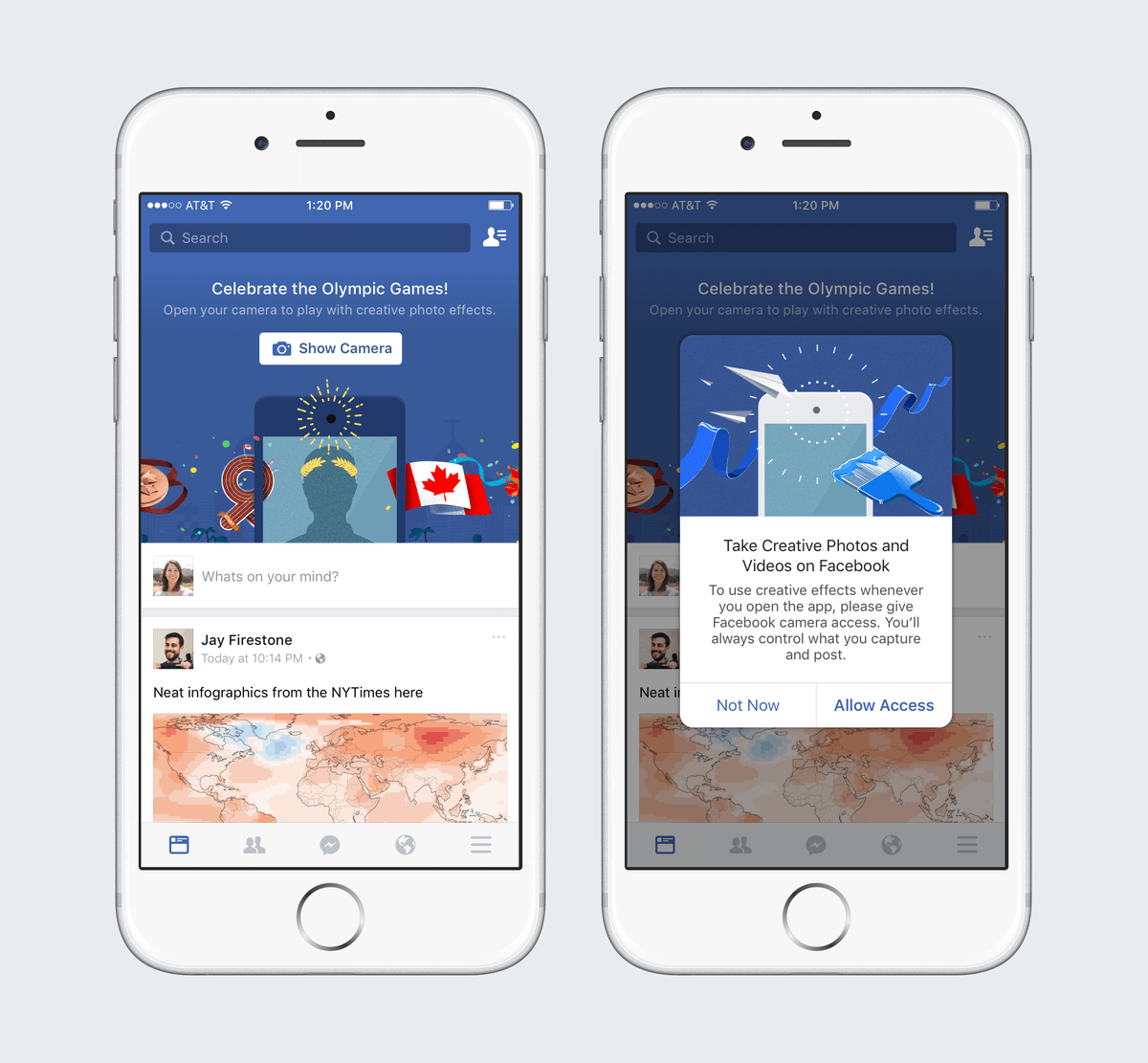 This camera feature enables users to add filters and animations to their selfies. Only users residing in Canada and Brazil can test this feature.

Facebook acquired Snapchat-like app(Powered by MSQRD) for video filters earlier this year. By using this camera feature, users who reside in Brazil and Canada will see a screen banner to “celebrate the Olympic Games”.

The CameraFeed feature allows users to add filters and masks to their photos that they can directly share on Facebook.

This feature is in its experiment phase. It is not yet decided that whether or not Facebook will expand in more countries. This test marks as MSQRD’s formal debut in a Facebook product.
It is not the first time the company (Facebook) integrates MSQRD into one of its services. Previously, it was integrated MSQRD’s filters with its live streaming platform.

Facebook faces difficulty to please its users who may be growing tired of the network’s repeated efforts of adopting Snapchat’s feature.

Previously,Facebook launched two standalone apps like SnapChat clone. It also made efforts to develop same features into its main apps, testing Quick Updates feature, which is just like a Snapchat.

It is also reported that Facebook is working on another standalone camera app to bring more users who share photos and videos.

Zuckerberg said on a conference call with investors last month:

“We are also working on new tools to help people express themselves and understand what’s going on with the people they care about. Ten years ago, most of what we shared and consumed online was text. Now it’s photos. And soon, most of it will be videos. We see the world that is video first, with video at the heart of all of our apps and services.”

At CameraFeed’s experimental stage, the camera will open in selfie-mode or rear-mode (the mode of camera is not defined by Facebook.) If any user switches from selfie-mode to rear mode, the preference will stick to a rear mode and become the default view from the next time.

For the first time, users need to permit the camera access. Once users have approved it, Facebook will detect it automatically.  Facebook is clearly going full-force at Snapchat by bringing the popular AR selfie filters, News Feed and Stories. However, it might not be able to leverage 150 million loyal daily users of Snapchat.

However, If you still have any unique feature in your mind which is unavailable on SnapChat, and want to create a SnapChat clone app, validate it with us now.

Contact us Now to Develop a SnapChat Clone App