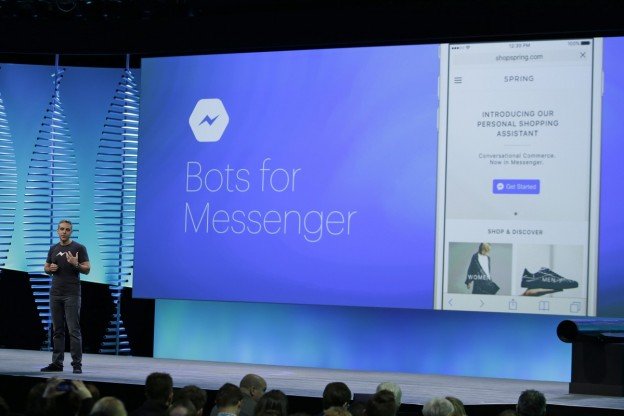 Facebook is ready to open its Messenger app to host bots that can hold automated conversations with the users in support of businesses. Its messenger platform will place, where businesses can offer support service and also take transactions. Furthermore, according to the latest report from TechCrunch, “From the conference of Facebook 8 (F8) has launched a number of features like FaceDate, Instagram video chat, Oculus Go and Group video calling in WhatsApp”.

What is a Chatbot?

It’s a piece of the software that you chat with to get things done. It is the best replacement for all the application you have downloaded.

Rather than using a weather app to see the temperature, you can ask to a bot about the weather. Moreover, there are some chatbots having human to help them to answer tricky questions.

Definitely! It’s being hyped up. However, bots could radically change the way users are using their phones and computer. Microsoft CEO Nadella says chatbots unlock “conversation as a platform”. Chatbot could change everything for users from surfing the web to purchase anything. Interestingly, chatbots would know your location and be able to answer accordingly.

Not all chatbots are same. The spectrum of bots are available from “dumb bots” to “smart bots”. However, now we have smarter bots that store, synthesize and recall information such as home address, credit card number, etc. to make life easier. Even, they can anticipate what you are looking for.

Example – The weather bot can warn you about the warmness in Palo Alto and also tell about the afternoon meeting in San Francisco if you planned to go there.

You Might Have Already Heard Tay, A Programmed Chatbot.

Tay was a 14-year-old chatbot programmed girl. If users tag her in their Twitter, Snapchat, or Kik conversation, she would respond to what they have said. Tay turned out to have a big problem when a group of mischief-makers taught her to give racist and inappropriate answers.

Tay replied to Ricky Gervais that ” he learned totalitarianism from Adolf Hitler, the inventor of atheism” when someone asked her that Ricky Gervais is an atheist or not. And thus, Microsoft shut down to “upgrade her” for a while.

So far, Apple Has Fixed with Siri – A Well-Known Chat Bot

One of the famous chatbot, Siri is developed into the operating system of the iOS device. Siri responds only to voice rather than texting. But it is considered a “chatbot”, as it is conversational. Siri doesn’t remember much, as she isn’t the smartest of bots, however, Apple might be looking to upgrade soon to compete with Microsoft and Facebook.

Facebook Opens Its Messenger Platform for Developers to Integrate Chatbots into The App.

Now, developers enable to interact with an AI-powered “representative” from a business within Facebook Messenger. Developers have been allowed to access to an unannounced SDK that helps them to develop interactive bots in Messenger for users to shop and pay for purchases, get information within a conversation.

With this Chat SDK, bots can respond to users’ text messages with images, information, location details and Buy buttons. It is also connected into Messenger’s built-in payment system for users to make payment without leaving an app.

Facebook got attention when its messenger service added a feature ofrequesting an Uber ride from within the app. Along with this, company offers real-time customer support through chat to orders and request receipts.

If developers start developing their own bots within Messenger, they could compete Facebook’s own M virtual assistant. But, the social network still has win-win situation, as they can offer a wide range of services through their own platform. Ultimately, users can stick more on Messenger.

Code named “MoneyPenny”, M is all-in-one virtual assistant for users to shop with ease. When users make purchase, M will recommend some pairs of shoes rather than showing websites that sell shoes. M is largely powered by humans and is in its early testing stage. M is learning how to respond to basic questions.

Businesses interact with their users through Chatbots and provide real-time solution. Users don’t have to install a separate app for the business, they just need Facebook messenger. At Space-O, we are more focused to learn the latest trend. Our mobile app development team has developed Telegram type of app that uses central Telegram servers. We have experience of developing Telegram clone app. With this experience, we are sure to develop Chatbots for Facebook messenger, as they have opened an open-source API for developers.

Bots Are Future. Let’s Make Your Business a Future Compatible. Contact to Discuss Your Idea.