What If We Tell You That You Could Establish a Million Dollar On Demand Startup? 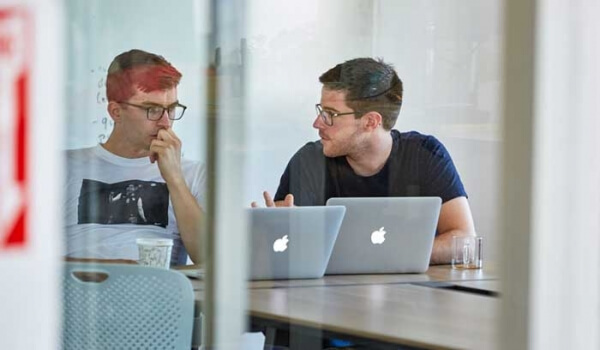 You heard it right!

Today, there are so many opportunities in on demand marketplace where not only enterprise businesses can increase their revenue, but startups as well as small businesses can also expand globally.

Moreover, the on demand economy has grown immensely since past decade. With the arrival of mobile apps, it’s a fact that everyone spends a considerable amount of time on mobile apps to search, scan, purchase, and book online services.

In fact, on demand model is changing the way business of all sizes and all industries use software. Based on new technologies, these changes are so significant that they’ve been dubbed as Disruptive Technology.

The benefits of on demand business model, for customers, are obvious and compelling. But, the cold hard truth is, most startups never reach $1 million in annual sales. Instead, they just struggle to survive.

A study from the Ewing Marion Kauffman Foundation found that of all businesses started in 2004, only 56 percent were still around in 2009.

Furthermore, U.S. Census data shows that more than three quarters of the country’s 6 million firms with employees made less than $1 million in revenue. And, most of the solopreneur businesses don’t earn anywhere near $1 million. According to IRS data, the average solo business brings in less than $60,000 in revenue.

Looking at these sobering numbers, reaching $1 million revenue is nothing short of extraordinary.

Though, it can be done.

And to get it done, or to establish a million dollar on demand startup in 2017, just remember the following secret strategies and tactics of the companies that hit big.

There was a guy named Gruno who was really overweight. But, after losing 40 pounds on his raw-food diet, he started making his own raw chips from beets, kale, and other vegetables.

He thought chips made a great business idea, but he just didn’t trusted his own instincts. So, he did an extensive market testing. In 2009, Gruno sold chips and offered samples at four different regional farmer’s markets.

The customer feedback was enthusiastic. In fact, he then adjusted his recipes and created new flavors and gained enough confidence to pitch his chips to local health-food stores. Soon enough, he started producing 17 different varieties of chips for more than 50 whole food stores.

Most Entrepreneurs suffer from premature scaling because they often hire too many people too early, before they know anything.

You must be willing to get out of building and test your idea before launching your company. It’s certainly a rare and valuable trait.

Some Entrepreneurs just love their beautiful, shiny product and spend all day on social channels instead of remembering that it doesn’t matter until you’ve closed the deal. You need to be able to manage a sales organization and have a procedure for getting your service/product out there.

Million-Dollar Secret #3: Listen to Your Customers

Shoes of Prey, a design-your-own-women’s-shoe online business was launched in late 2009 and reached $1 million revenue in 2010.

The founders made fast changes as they learned their customers’ problems.

Upon asking the secret of their success, Jodie Fox, co-founder of Shoes of Prey, said that “We quickly realized two important styles were missing: ballet flats and ankle boots. We also hadn’t named our color swatches, so people were having trouble understanding what color they were working with. They soon realized this and fixed the problems.”

Similarly, if you’ve launched your on demand startup in which you’re providing a service and received few or many negative reviews from customers, you need to take action towards them as quickly as possible.

Takeaway point – Understand what problems your customers are facing and try to solve them to their satisfaction. Because, it’s the only way you can earn the trust among them and build a long-lasting relationships.

Million-Dollar Secret #4: Learn From Others’ Failures

What did they learn?

Well, the Pets.com carried 15,000 products, mostly impulse purchase-type goods and few food products. And, their orders were often one-time rather than recurring.

PetFlow, just after first few months, earned their first $1 million in sales. And, by the end of year, their revenue boosted to $1 million per month.

What was their idea?

Zhrdannovsky says that they knew pet owners are the best kind of recurring customers. Their pets have to eat every month. And, this was a big opportunity for them which they perfectly grabbed.

The takeaway point is – Instead of directly start working on anything, do your research thoroughly. Find out about your competitors, know where they’re failing, and what you can do to fix those problems to satisfy customers.

Lastly, establishing a million dollar on demand startup isn’t easy, but it’s possible. Till now, famous on demand services startups such as Instacart, Airbnb, Doordash, and many others app startups did it and so can you.

Now, if you’ve questions, doubts, queries, or whatever, you don’t need to stop there. Ask questions where they arise, contact people who are expert in the field, consult with top mobile app development company if you need to.

Point is, stick to your mobile app idea even if it doesn’t hit the particular goal.

If one approach doesn’t work, another idea will automatically pop up in the brilliant mind of yours.

Just always ask yourself, what problem does you on-demand startup app idea is solving, and how you can solve it better than others.

Want to Develop a Mobile App For Your On Demand Startup? Contact Us Now!

Do You Know That Fintech Apps Are Creating a Revolution in the Finance Industry?