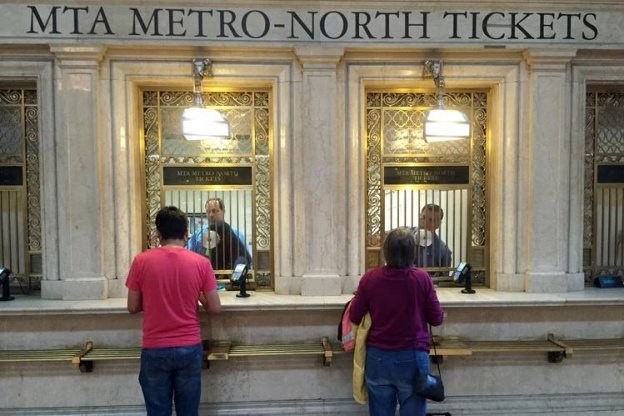 The first mobile ticketing app, MTA eTix has launched by the Metropolitan Transportation Authority. The MTA said that e-ticketing wouldn’t be available until the end of 2016 for its commuter rail lines. However, they have made an announcement for the current effort to upgrade and streamline the nation’s largest public transit system.

This is a good news for 86.1 million people, who are using Metro North and 87.6 million people who are riding LIRR every year. It won’t have much effect for the 1.76 billion people, who are riding the New York City subway system. That’s because the MTA is only searching for a contractor to install a mobile ticketing system for the subway. Once, the MTA says the contract will have a duration of 69 months that mean it won’t be up and running until 2021.

How to Use MTA eTix Mobile Ticketing App?

To use application, you have to download MTA eTix app and sign up for an account, choose the ticket you want to purchase, and enter credit/debit card information. After that, they will ride the train in three simple steps:

Purchase a ticket by adding information about origin and destination, and choosing the type of ticket (monthly, weekly, 10-trip, or one-way). Your booked ticket has been saved in an electronic “ticket wallet” feature in the app.

Before boarding the train, pull up the ticket from the ticket wallet and activate by clicking on the “activate ticket” button. When a conductor comes through the train for ticketing checking, just show the activated ticket displayed and show the smartphone screen to the conductor to validate the mobile ticket.

“Our administration remains committed to building a transit network that is responsive to the needs of travelers who rely on mass transportation, and the launch of the MTA eTix app is a major step forward in our efforts. This new app puts riders first by eliminating the ticket line and helping New Yorkers and visitors get where they need to go with more freedom and convenience than ever before. We will continue to create a 21st century transit system that embraces innovation to ensure that we are building a stronger, more competitive New York.”

After MTA eTix app launched, they follow a successful field test in which 150 customers, who ride the LIRR Port Washington Branch or Metro-North’s Hudson Line, are participated to test the application. The app’s performance is monitored by both conductors and participating customers, and reported any problems they met to the app development team.

There are many apps available for booking train tickets, one of them is Wanderu. This application compares and book bus and train travel deals to 2,000+ cities across North America. Hundreds of bus and train companies are searched by Wanderu to search the best travel deals. This train ticket booking app offers best deals on tickets from official partners such as Peter Pan Bus Lines, Adirondack Trailways of New York, Amtrak trains, Greyhound buses, Turimex Grupo Senda, Red Coach and many more.

Want to develop app like MTA eTix or Wanderu? We have experienced team of mobile app developers, who develop iOS and Android train ticket booking apps with flexible pricing packages. So, if you want to develop travel applications, contact with your requirements.

Fill This Form to Claim Your Free Initial Consultation

PhoneGap or Native App Development? Read On to Get The Answer