Prisma for Android has been officially launched 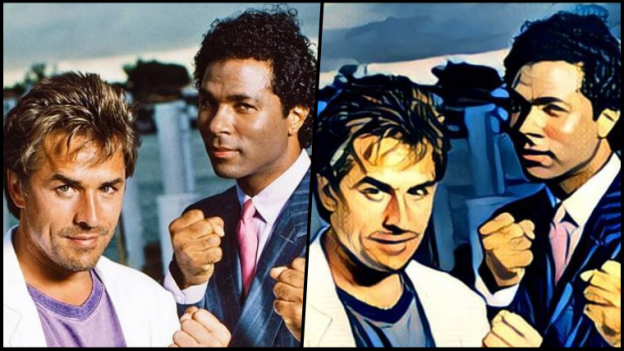 Released before five weeks for iOS platform, it is already the number one app in 40+ countries. It has been downloaded more than 7.5 million times that generate 1.5 million daily active users.

Prisma, Co-founder and CEO Alexey Moiseenkov, said that it has many features in the pipeline, like 360-degree Prisma images, Prisma Video feature, a long list of new ‘styles’ to renovate your chosen photos into eye-popping bits of digital art .

Prisma now has launched a closed beta version of its highly projected android app. That means you can’t able to download this photo and video editing application, but you can visit the app’s website and sign up to try the beta version.

Sign up for our Newsletter 💌 to be the first to know about the Android app release 🚀. ➡️ https://t.co/45st4w9ItL pic.twitter.com/uGpe6kL0mu

Prisma Labs claims its filters work in different ways than Instagram filters. It uses neural networks and AI to scan the image’s data and after that, re-style it to make an artwork like effect. This application also includes both a video and a virtual-reality kind of the app.

Check the screenshot of the Android Beta App: 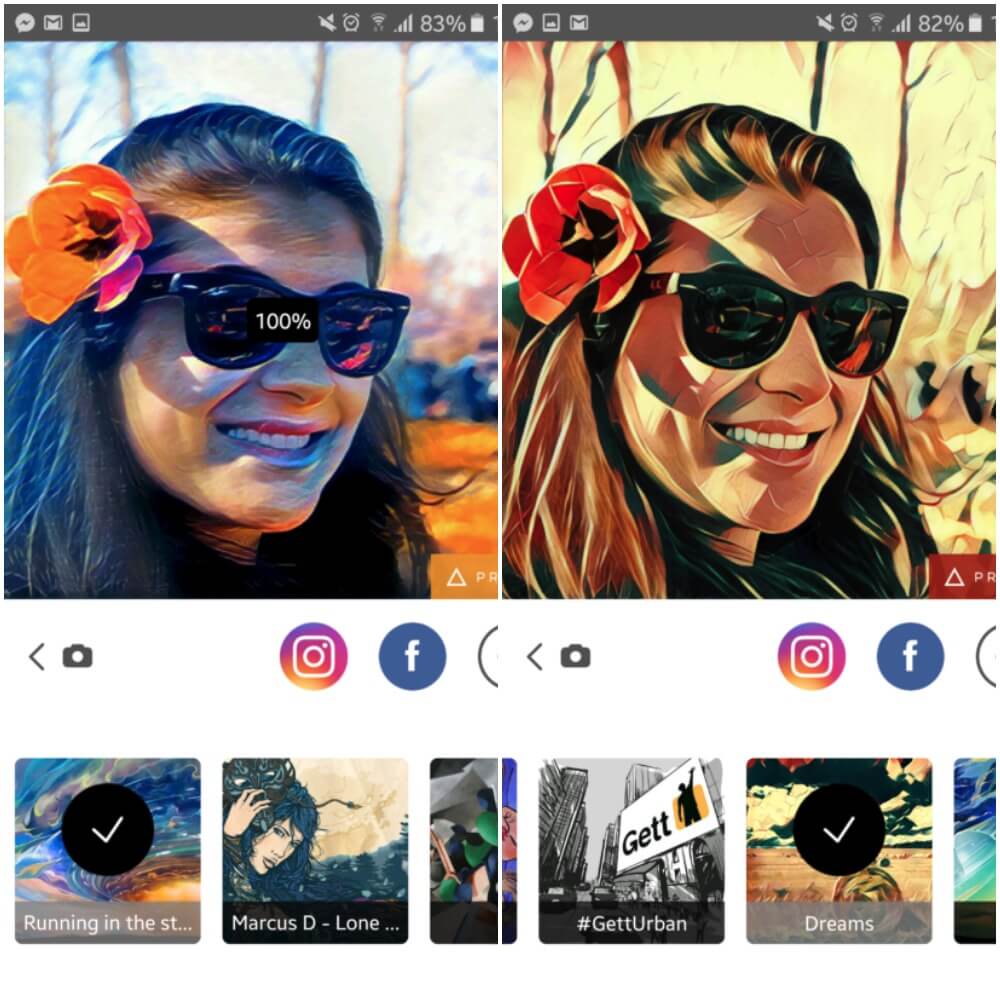 Last week, it is reported that Prisma had started registrations for the beta testers of the Android app. However finally, it has launched Prisma App for android. Now, Prisma will work on the smartphones running Android 4.1+. Additionally, this application is also uploaded on APKMirror.

After application launched for Android platform, the app makers have opened an Instagram account to upload pictures created by using this app. Commenting on the success of Prisma app, Prisma co-founder and CEO Alexey Moiseenkov said:

Till now, the app has over 10.6 million downloads on iOS with 1.55 million daily active users, who have ‘Prismed’ more than 400 million photos. And, Android has 127,372 downloads and numbers will just continue growing.

Prisma transforms pictures into fine art like Picasso or Mondrian and now, it came out in unofficial APK beta on Android. It is expected that Prisma might be acquired by Snapchat, Twitter, or Facebook/Instagram. When asked for co-founder and CEO of Prisma, he said “For now I can’t disclose all this information. By the end of the week, I think we can discuss more”, gesturing that some generous deal is pending.

Before some days, Facebook acquired MSQRD and when asked about Prisma acquisition, Facebook said, “We don’t comment on rumors and speculation.” Snapchat also acquired Looksery for $150 million and Bitmoji’s personalized avatar stickers for around $100 million.

Prisma has to concentrate on its product to get developed into one of the biggest social media applications. It also could minimize or cut down, three to ten seconds of wait for filters to load. Temporarily, its acquirer also got an advantage of getting more original content shared on their network.

Among all social networking sites, it is supposed that Facebook could integrate Prisma with Facebook Live for its users to make people less awkward about being on camera due to acne and bad lighting.

Prisma Ranked #10 US App Overall, and #3 Photo and Video App

According to the App Annie, Prisma has ranked the #3 Photo and Video app and the #10 US app overall. Due to its popularity, now, this photo editing app have put a watermark as “Prisma” on photos that can be turned off from the app’s settings. In addition, users can also easily share their edited photos to an app like Instagram and Facebook. 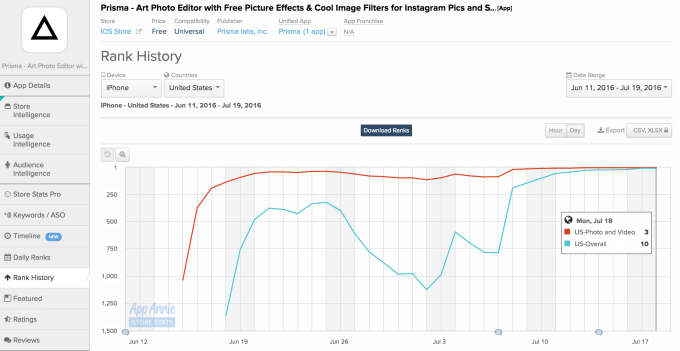 As Prisma application doesn’t have internal sharing feed, it is best to earn money by selling additional filters. This application has a strong head-start in the AI photo art space and Prisma could be cloned and hollowed if it tries to monetize.

Prisma would work best as an Instagram side-app like Boomerang for GIFs, and Hyperlapse for time lapses. Facebook could combine it with an app like MSQRD. Or, if anyone has better idea to combine it with Prisma, they can develop their own app like Prisma with a unique concept.

At Space-O, we have the expertise to develop a photo and video app like Instagram and Prisma. Have a look at our developed photo video apps portfolio If you want to develop your own photo and video editor app for android, contact us with your requirements.

Why You Should Not Create Your Own App Using DIY App Makers? (What’s Gonna Happen If You Use Them)

How to Develop a Mobile App like Chrooma Keyboard?