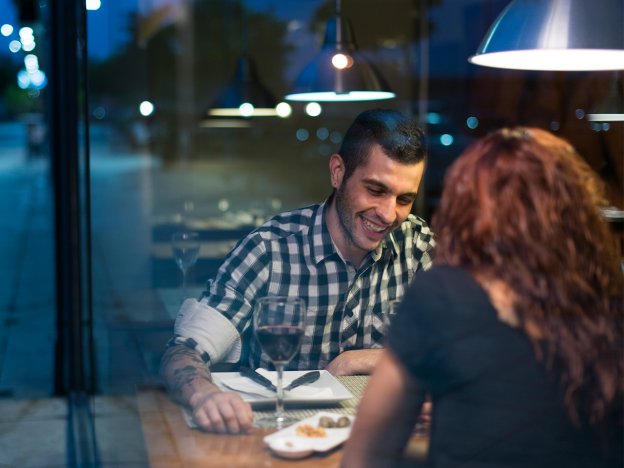 Today, the dating app marketing is constantly brimming. And the total revenue in the online dating segment amounts to $1,389m in 2017, according to statista.com. It is expected that the revenue will show an annual growth rate of 3.3% resulting in a market volume of $1,584m in 2021.

Recently, the Whim founder and CEO Eve Peters have launched a new dating app that called Tonight. It is one of the popular dating apps that has been added to the list of Tinder like apps. This mobile dating app preserves the most distinctive part of Whim – as soon as two people are showing interest in each other, the app tries to set them up on a date (same-day).

One of the major differences in this latest dating app is that you do not have to schedule those dates ahead of time. Instead, you can sign on whenever you get some time for a date.

Raising money through equity crowdfunding, Eve Peters has launched ‘Tonight’ application that is available for free now. Over a time, the all-new dating app will become more helpful with a range of features, including customizable venue, activity recommendations, and Lyft integration.

NearGroup is a speed dating application that currently has millions of users in the Philippines, India & Vietnam. With this app, you can showcase your talent to your close users. Just upload your content like thoughts, quotes, poems, songs, art, etc. and start chatting if you both like each other’s work.

Recently, the chatbot that connects like-minded people based on their location has raised $1.6 million in seed funding led by Finland-based early-stage venture capital firm OpenOcean.

The app has claimed to have 2m users with 2bn messages till date. Moreover, the team is aiming for 100m users within a year and will bring nearby business onto the platform.

This French dating app has raised a $14 million Series B round from Idinvest with participation from Alven Capital, DN Capital, Raine Ventures and business angels like David Wolfson, Fabrice Grinda and Gil Penchina. Earlier, the company had raised an $8 million Series A round.

Happn application makes use of your phone’s location to show you potential matches. Every time you cross someone’s path, the person’s profile will be added to the top of your feed.

It is completely free to browse, so you can install and make a connection and communication in English or your respective native languages. The application that matches Asian and Asian American singles in the U.S. has raised $1m in funding.

One of the best dating apps in Asia ‘Paktor’ is a perfect option for those, who are looking for new friends. Finding new friends and dates have never been this fun and easy. It is completely free of cost to swipe like you can chat about your mutual matches. You can easily meet people with the same interests in Group Chat Feature.

Recently, Paktor, a tinder-like application, has raised $32.5 million in its latest funding to expand its focus into new kinds of mobile entertainment. This latest round of the funding co-led by K2Global and MNC Media Group.

This four-year-old Paktor has claimed that currently, it has more than 20 million users across the world. Moreover, it has 110 staff and raised $22 million in financing to date.

How Do Dating Apps Make Money?

Do you know that people are spending tons of time on dating applications -approximately 90 minutes a day for the average user – it means there is a huge money in the dating app development.

Is the monetization potential really that huge? As the competition is insane, how do popular dating apps make money? How are best dating apps convincing people to pay? Let’s check out how do dating apps like Tinder, Tonight, Happn, etc. make money:

For developing a dating app like Tinder, it is not as easy as it sounds to make money, but utilizing monetizing models accurately can help you to monetize your app. With these monetization models, you might be thinking to develop your own dating application, but might be wondering about the cost of developing it.

The cost of developing a dating application varies according to features, functionalities, and the platform (Android & iOS) that you want to develop on.

But if you want to get an approximate cost of developing Tinder-like apps from any top mobile app development company, it can cost you up to $300,000.

Still, if you have any confusion regarding dating app development, how much does it cost to create chat and dating apps like Tinder, what’s the importance of creating an MVP (Minimum Viable Product) of group dating app/apps similar to Tinder, then you can get in touch with us through our contact us form and one of our experienced developers will get back to you with the right solution as soon as possible. The consultation is absolutely free of cost.

Uber for Flowers: 4 Factors That Startups Need to Keep an Eye on Before Creating an On-demand Delivery App

Want to Build a Successful Shopping App? Have Shopping App Idea? Here’s a Good News for You

Why Uber is Still Struggling to Become a Perfect On-Demand Taxi App?