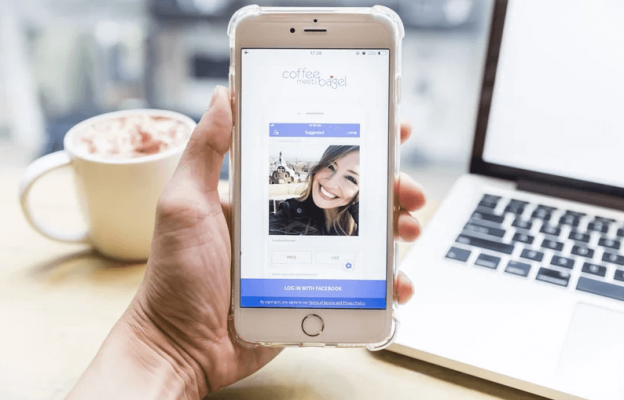 This blog includes information for tech startups & entrepreneurs. Rounded up four exciting features, which you can integrate during dating apps development.

With just a few clicks, dating apps enable love seekers and singles to search for their partners without putting any extra effort. You might have heard of some popular dating apps like Tinder, Bumble, Match, Zoosk, Badoo, PlentyOfFish that are performing extremely well in the market.

According to the report of U.S. consumer spending, the usage of dating apps has also been growing from the past 12 months.

The top 10 mobile dating apps in the United States have seen an estimated $679 million in gross consumer spending during the past year as per the report from Sensor Tower Store Intelligence. 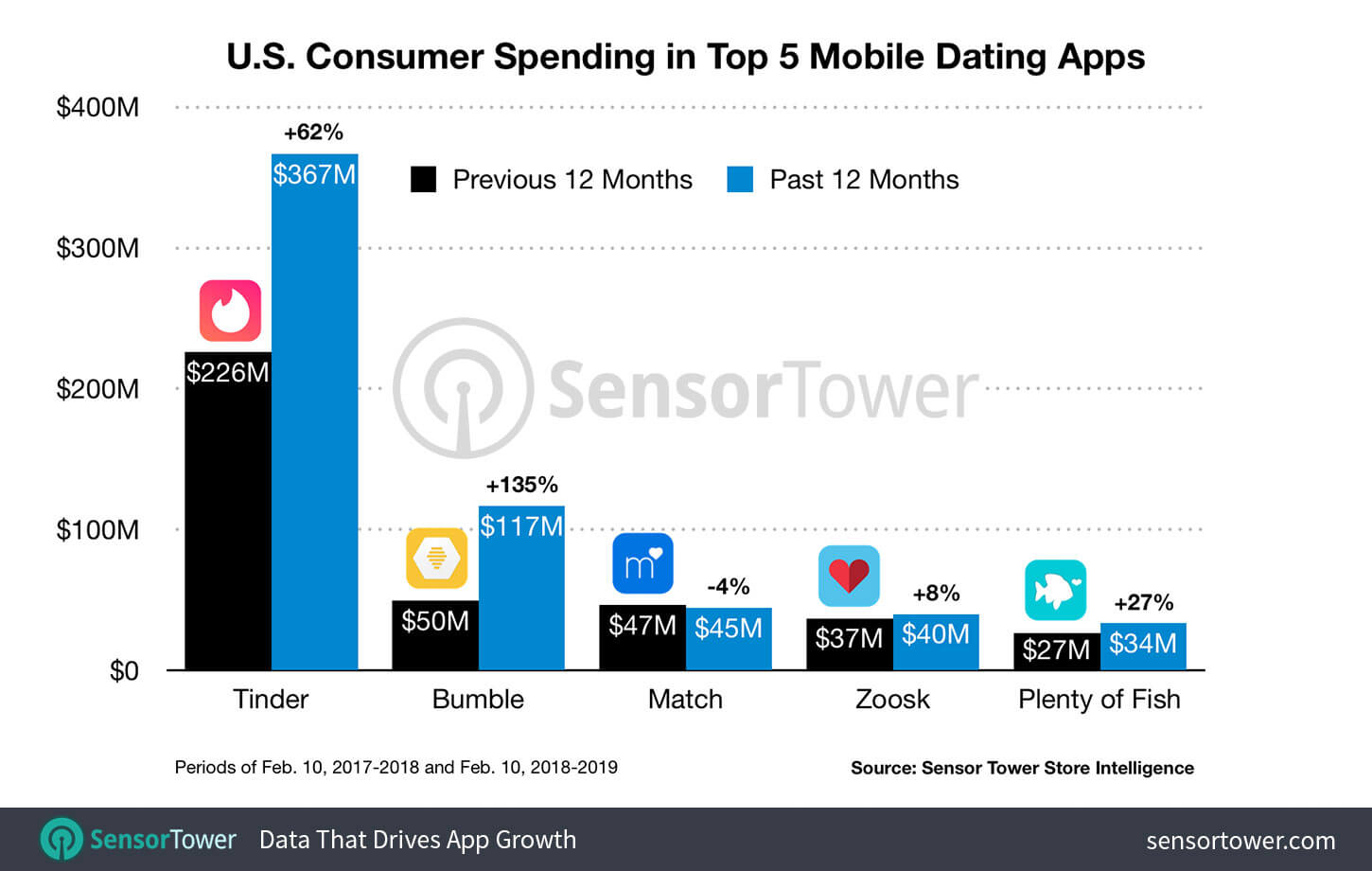 Extracts from The Report

Forging ahead, and let’s know about the dating app, Coffee Meets Bagel, which is ranked among the top-grossing dating apps in the U.S. for 2018.

Based in the San Francisco Bay Area, Coffee Meets Bagel, an online dating app, was launched back in 2011, and it connects individuals with a ‘friend-of-a-friend’ match every day. 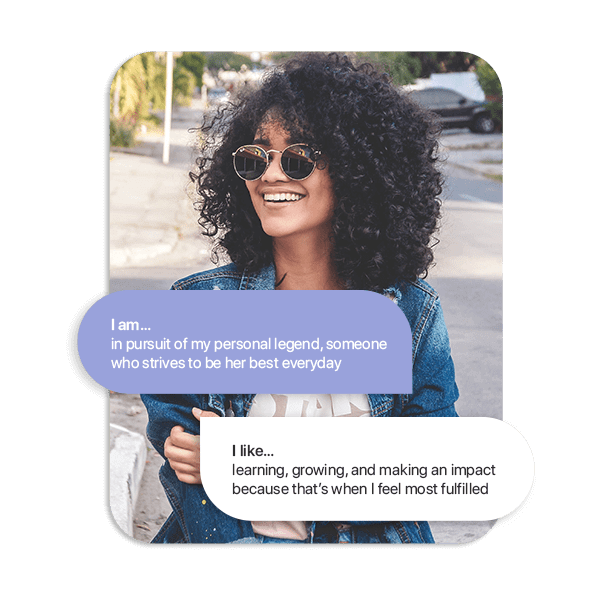 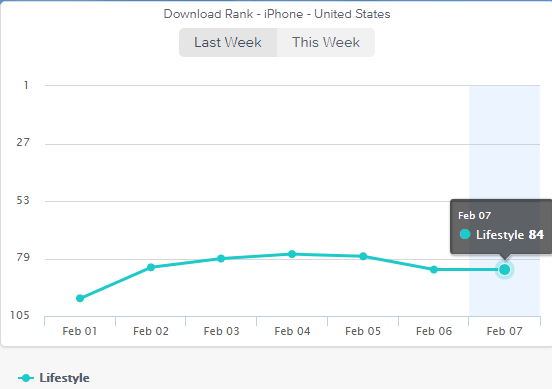 Being a startup, if you want to dive into the dating sector and planning to create popular dating apps like Tinder or Coffee Meets Bagel, especially this growing industry, take a look at a few exciting features, which you can consider during dating apps development.

One of the core features is to allow dating app users to identify potential matches according to users’ expectations. It is important to have a smart algorithm from which receives quality matches that are curated for users by the ever-evolving algorithm. 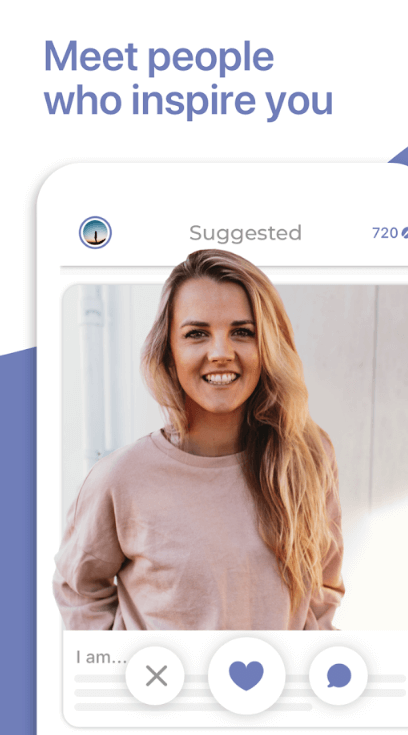 The potential matches feature must be safe. Either you can allow your users to choose from the Facebook friends of friends or people nearby. For instance, dating app like Coffee Meets Bagel works on the algorithm, which can provide better matches to love seekers.

There are a number of dating apps that use matchmaking technology in order to enable users to match their potential matches. If you are all set to create a dating app like Coffee Meets Bagel, then you need to go with the ‘potential matches’ feature during online dating app development.

This is one of the absolutely mandatory features, which is important to include when developing a dating app like Coffee Meets Bagel. While searching their perfect matches, your users must have a platform where they can immediately message to each other. 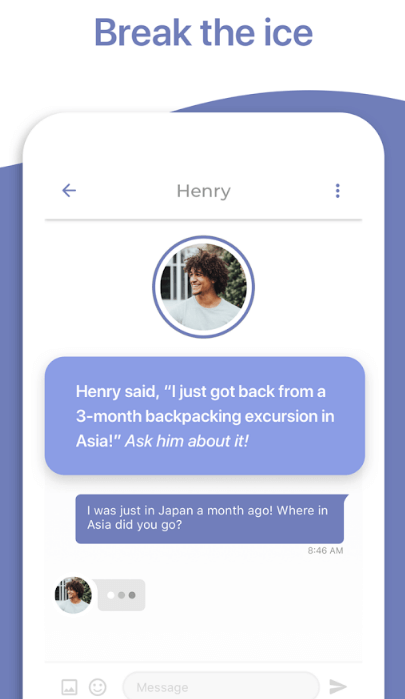 This is the powerful feature, which helps them to interact with matches as per their convenience. You can also make some rules for users in order to approach their potential matches via in-app messaging. To start a conversation, a real-time conversation is a must-have feature to consider during dating apps development.

An ideal dating app enables users to build meaningful relationships. So, the next powerful feature is all about to allow them to search for quality matches. Allowing users to access their activity reports on a daily or weekly basis can keep your users connected to the app. Also, they can access their activities in terms of previous chats, text messages, and estimated time of answering the chats. 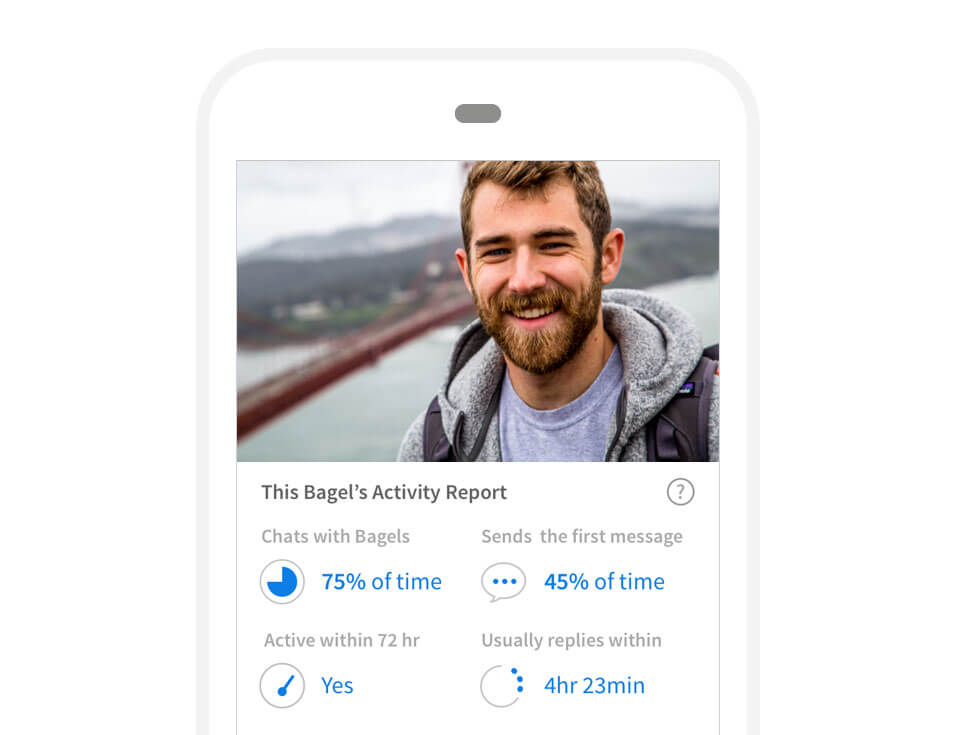 Moreover, in order to create dating app more exciting, you can provide the suggested feed to your users based on behaviors. This feature also requires behavioral matchmaking algorithm that only shows those app users in terms of suggestions who have the same interests.

Thus, if you are all set to make dating app like Coffee Meets Bagel, then such feature is a must to integrate.

In order to make your users connected with the app, then ‘push notifications’ feature is must to consider whilst developing an app for dating. Well, this is one of the most essential functionalities of the dating app. 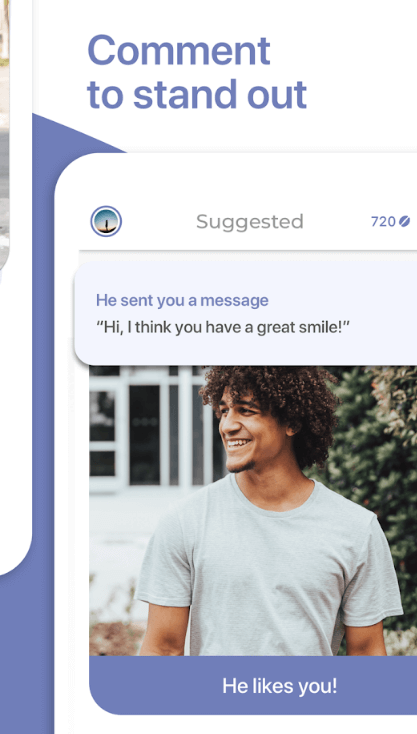 Furthermore, if you want to keep them connected to your service, then this feature can do miracles for your dating app. Push notifications can work in terms of letting your users know about the new updates and any other matches if they have missed them.

Before creating the online dating app like Tinder or Bumble, you need to check the following important statistics. According to the report from Statista:

It is safe to say that online dating is one of the flourishing industries. So, if you are having an idea based on the location-based or chat-based to develop Android app, then you can cross-verify it with us. We are a leading mobile app development company and have already developed over 50 dating apps like Tinder along with unique features and functionalities like geolocation, in-app messaging, multi-lingual support, cross-platform ability, social media integration, and in-app payments.

In case, if you still have any query like

Then, you can get in touch with us through our contact us form. One of our sales representatives will revert to you as soon as possible. The consultation is absolutely free of cost.

Weekly Roundup: A Quick View on Top Mobile App Ideas, News and Updates That We Covered in Our Blogs

Tinder for Moms: 3 Lessons to Learn From Peanut App That Revolutionized the Social Networking App Genre