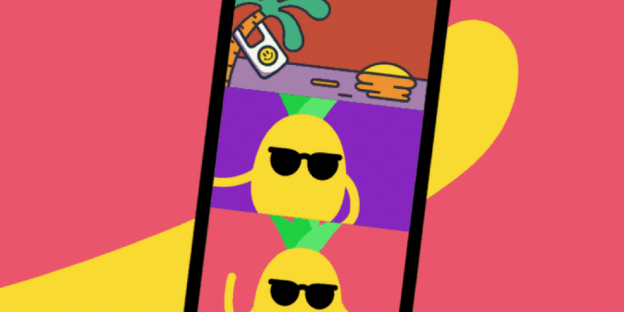 Can you imagine your life without communication?

Without hearing from your childhood friends and old acquaintances?

Without sharing your emotions and feelings?

These are rhetorical kind of questions since human is a social creature whose life is based on information exchange and social connections.

At any moment of your life, we usually seek advice from another person, be it an intention of buying a new car or travel to California for a vacation.

You would like to know what others think about it, or you would want to get information from the people who’ve visited the place to make sure that your decision is right.

After telecommunications introduced in 1876, people became closer to each other and the telephone has been considered the most popular means of communication.

With its arrival, people no longer need to wait for the reply of their letter as everything is done now in real-time.

Today, distance is no longer a critical issue for choosing a circle of contacts. It doesn’t really matter which part of world you’re at, because you’re now always connected with people you need.

In fact, with smartphones in everyone’s pockets, getting in touch with a person is just a moment of few taps.

Messengers are much used in this regard.

There are a lot of them.

Facetime, Google Duo, Skype, Hangouts, and a bunch of others.

However, if you think about it, all these video messaging apps are almost same, providing the same features.

Tumblr did it by launching its own new video chat app – Cabana.

Cabana is a video chatting app which allows a group of friends to video chat and watch video together, in real-time.

This co-viewing experience is broadly part of the appeal of the new live-streaming video services, like those from Facebook live and Twitter’s Periscope.

So now, you may wonder if this co-watching is going to be a thing or not.

But, the real question is:

Who will win this thing if this is a thing that is to be won?

Since it’s a newly introduced concept and is already a thing, there is no doubt that this concept will be liked by majority people.

So, if you’re thinking about creating your own video chat app, you must not miss including this feature.

Although, you already know that competition is high. And users only tend to stick to using an app which is easiest to use, offer great features, and is fun.

Therefore, before proceeding towards building a video chat app, it’s vital that you know how your competitors’ apps work. Which is their best feature and how many people use the app for that best feature.

Now, since Cabana is the latest thing which is getting viral slowly and steadily, you should start with the Cabana app itself.

In this video chat app, up to six friends can hang out in a room in the app, where they can share videos from youtube to watch together, in real-time and in-sync. Though, a user can participate in only one room at a time, but user is allowed to leave and rejoin room freely.

In Cabana, you can add friends either by username or by uploading your address book from your phone to find your friends, then you can create your own room to invite friends to hang out, or join an existing one.

These room can be public or private. And once you’re in a room, you can find tools to lock the room, flip the camera around, add friends, mute your device mic, in addition to search for youtube videos and share them within the room.

Furthermore, a user can also exit the room to browse the phone while the conversation continues, putting the user on “pause” mode.

Guess in how much time Cabana was built?

Polyvore Labs is an internal incubator inside Yahoo – the company that acquired both Tumblr and the fashion site Polyvore in years past. (Yahoo is also in the process of being acquired by Verizon, which owns TechCrunch’s parent company, AOL.)

However, to be clear, Youtube videos in are available in Caban through an API integration, not with an official partnership.

Although, since this concept is fresh, it’s possible to build video chat app like Cabana that includes videos from other social sources. For instance, you can hire dedicated developer to add one platform to invite brand advertisers.

The idea is to build the next home for brand ads and a fun video chat app to hang out together. With such different idea, there are great chances that your video chatting app stands out from the overly crowded video chatting app market that have the video call feature.

Want to Create a Video Chat App? We Can Help!

How to Make an App Like Uber? (Features +Estimate Time + Cost + Uber for X Businesses)