Cloud Computing Prediction 2015 – How Secure are Our Data? 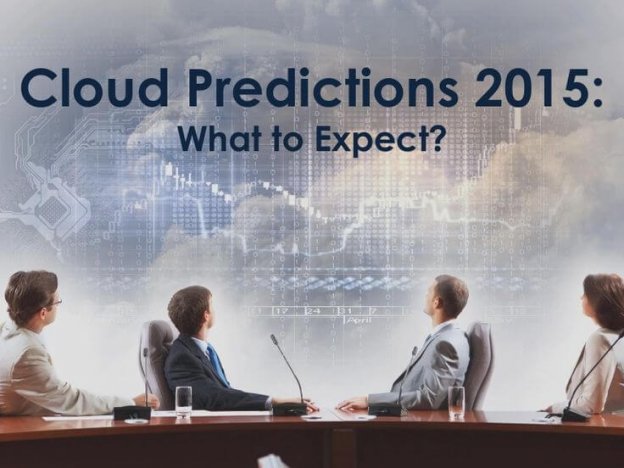 The storing and accessing of the data and programs over the internet instead of one’s computer hard drive has become so easy with cloud computing. With the number of companies using it in a good way, more companies have taken forward to come under the cloud, but some of the companies are still skeptical about migrating to the cloud.

Most of the enterprise organizations have reaped a lot of efficiency and economic value over few years through the services of cloud. In fact it was a fascinating 2014 for the cloud, some of the forte technologies are hitting the mainstream over the data protection and governance, hence it is a clear indication that the cloud will shoot high in 2015, gaining much more attention than ever before.

The next question that arise is how secure are our data?

With recent celebrities’ iCloud account being hacked, the new questions about the safety of storing sensitive information on the cloud arises. But the recent intuit predicts that nearly 78% of small businesses will use the cloud by 2020, a clear prediction which we have started seeing with many small size businesses turning more to cloud-based services, whether it is a Dropbox, Google Drive or Microsoft’s office 365, as Cloud computing solutions provides a clout to manage an enormous data, however big or small on cloud is highly accessible even through a smartphones.

Also maintaining a huge data becomes very expensive, but having data analytics that are cloud based the problem of storage and scalability of the data minimizes, hence leaving many to access both their analytical tool and data including the results.

Recently the CEO of IT for GE in an interview stated that the company which is working with a lot of huge data that it sells from Jet engines to power plants to pumps is making complete use of the cloud computing solutions by moving much of its data towards public cloud.

With all said, it is known that Hybrid Cloud will make its headlines in 2015, it will be all about.

With many companies turning to cloud computing solutions, cloud computing is no longer an IT trend, it is becoming an integral part of the overall business strategy for many organizations, with Hybrid cloud being the winner which has been declared victorious over the public cloud. The hybrid cloud rules and has is known for its enterprise-friendly vision of the cloud, as it allows the public cloud to integrate seamlessly with the data center. Hybrid cloud being expensive to build, due to the vast gulf of manual processes requires re-architect existing data center apps into the cloud.

With Microsoft and VMware being the best fenced offerings make it difficult for the customers to change, through combinations of product, pricing and cloud migration process.

Whether it is Public, Private, or Hybrid, Cloud is here and occupies a significant share of IT spending, by 2016 it is expected to grow to nearly to 27 percent from the current 23% growth and Private cloud will be the most prevalent cloud deployment.

Get in touch with us to know more about Cloud Computing solutions, we are a leading App developers with rich experience in building mobile apps for iOS and Android.

Discover Why Entrepreneurs are still Investing in the Dating Apps?