How Song Recognition Shazam App Stands Out From Other Apps 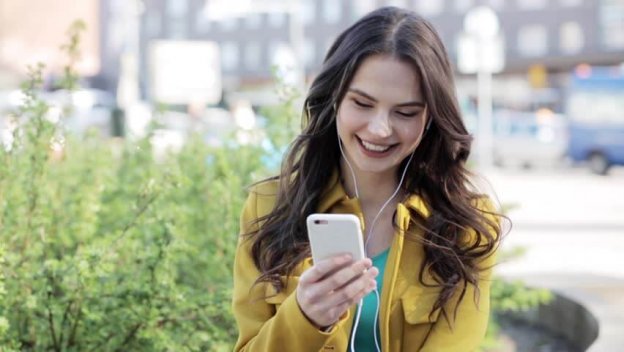 This blog will reveal the information regarding Shazam – the best music recognition app. All you need to check out the nitty-gritty features, which are required to create a successful app like Shazam. Let’s have a look!

Literally, music helps to soothe our mind. But, what if you are stuck with the song, which is in the backside of your mind, and you’re not able to recognize it properly? Anyway, things will not be in that way from now onwards.

An easy, handy, and user-friendly song recognition app – Shazam is here. The London-based company, Shazam was acquired by Apple in December 2017 according to the report by TechCrunch.

Apple Music and Shazam are both significant and well-known players in the digital music industries. According to the report, “The European Union (EU) has been eyeing Apple’s plans to buy Shazam”. In addition, Apple Music has become the second largest music service in the EU. And, the commission is concerned that the company will continue that growth by directing users to the service via songs that identify on Shazam.

Founded in 2002, Shazam was used in the tag under ‘2580 service’. The 2580 service was the phone number, which was dialled by the people in order to recognize the music. It was only accessed by a call that was lasted for 30 seconds only. However, with the launch of App Stores, Shazam has been rapidly acquiring a number of app users until now. You can check this in below image. 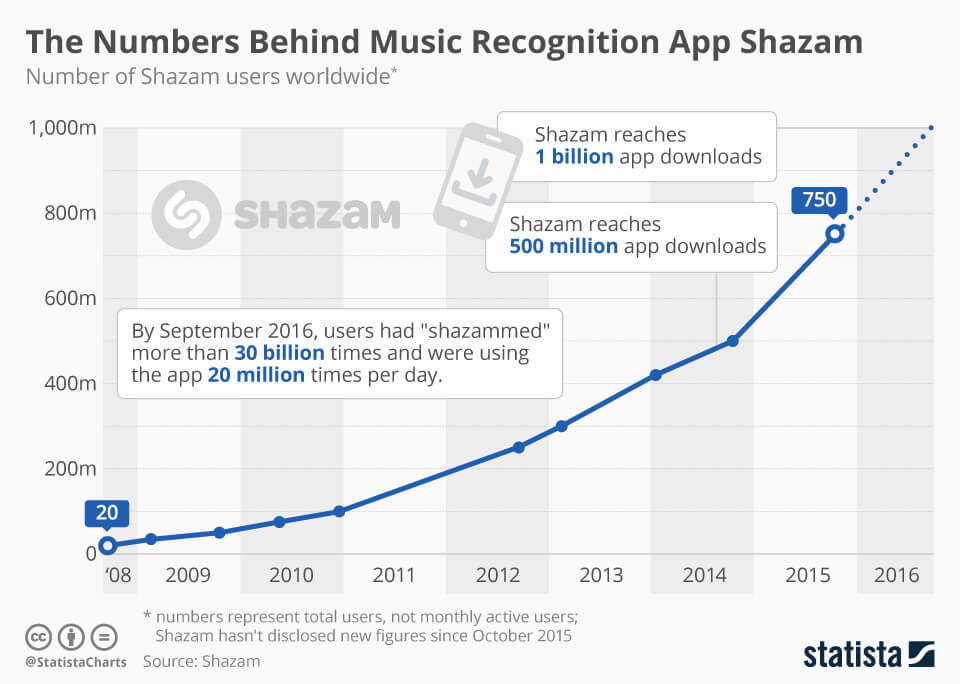 With over 1 million downloads, Shazam has always been popular for the last nineteen years independently. This song recognition app is performing well since its emergence. Additionally, in the below-given image, you can check that the usage and growth have been continually accelerating for the last previous years. 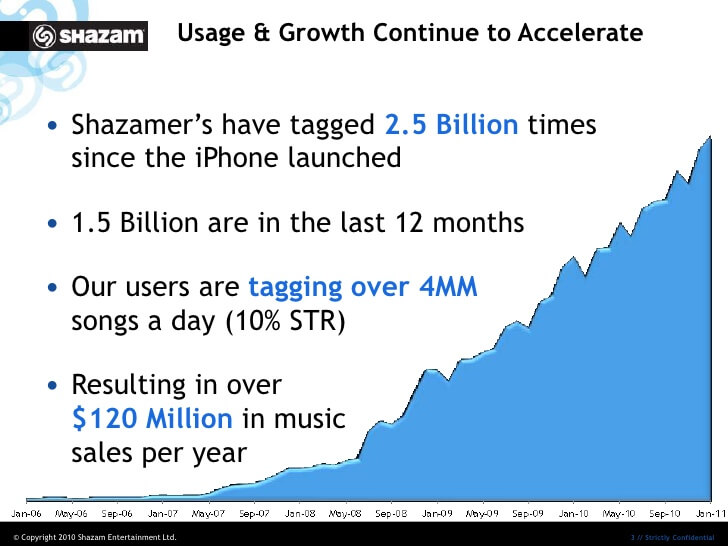 In the meantime, we came across with another data of Shazam by Google Trends, which is worth mentioning here. The below image reveals that the song identifier app, Shazam is exponentially growing since 2004 worldwide.

According to the latest news from TechCrunch, Shazam can now recognize songs that users are listening to through their headphones when using an Android phone or tablet. Acquired by Apple for $400 million, the app came up with a new feature “Pop-Up Shazam” to its Android users to track and identify songs.

Process Behind The Shazam

Fundamentally, Shazam can be used to find out the similarities between the songs. Shazam is based on the music recognition algorithm, which was revealed by one of Shazam’s developers, Avery Li-Chung Wang in the year of 2003. Well, the entire process of searching and identifying the song is pretty similar to the ordinary fingerprints. 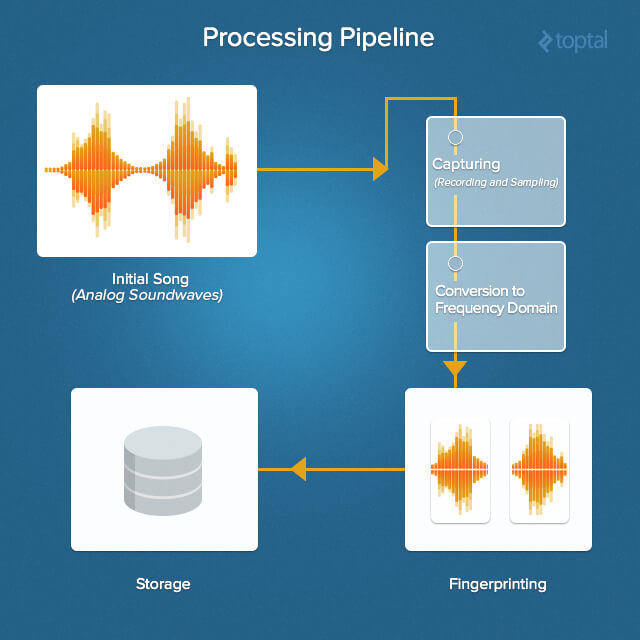 After going through the process behind the Shazam, now, it is time to look into the section, which embraced the top most features of the song recognition app – Shazam.

If you’re intended to develop apps like Shazam, either you can use the solutions given by EchoNest, which provides open-source service or consult with the trusted android app development company. Now, coming to the point, the ‘song recognition’ is not the only one feature which should be included in the app that recognizes songs. Nevertheless, there are also other features, which you need to look out.

Herein, we’ve rounded up the list of main features. Have a look.

One of the essential features is music recognition, which you can consider before developing one of the best music apps for Android. On the Shazam, previously, there was a menu, which was called ‘My Tags’. But, now, this menu looks different, and it is named as ‘My Shazam’. 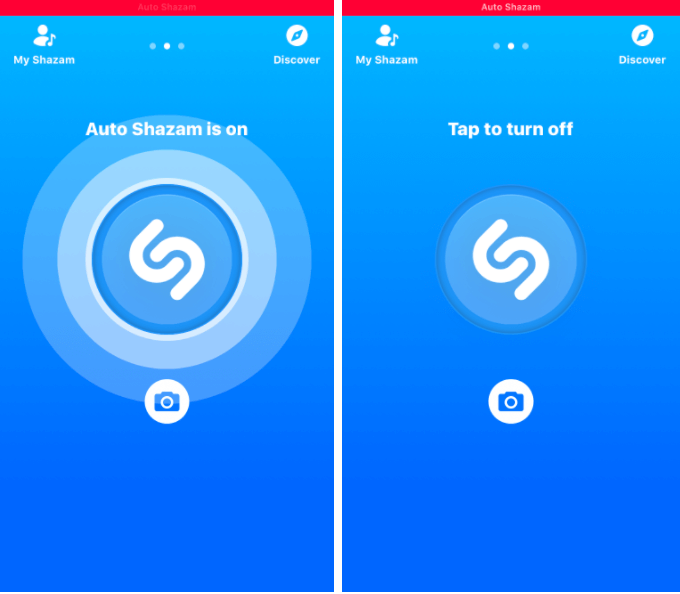 There are several things, which you need to take care before heading to the Shazam-like app development for Android. When the user selects the song from the list of the tags in the song finder app, then he/she must be capable of:

Last but not least, allow users to download the song from iTunes, Google Play Store and can listen to it via Spotify, Apple Music, and Play Google.

There’s another essential feature i.e. Personal account. Talking about it, whether you sign up or not, you can access the entire features of this mobile application. But, you would not able to see the history of your searched music.

Basically, after creating your account in Shazam, it makes sure you will not lose every searched that you perform or history of your searched songs. Therefore, you can also consider this type of feature so that your mobile app users will not lose tracks as they looked up.

Also, while using the Shazam app or music identifier app, you may have noticed that the mobile app has renewed its UI (User Interface) design, which makes it easier for users.

So, you have just gone through with the nitty-gritty features of successful song recognition app, Shazam, which you can consider before proceeding for music recognition app development for Android.

The older version of the Shazam application had information about the artist, title, and album of the song. Then, the music industry has changed and these songs recognition apps like Shazam and SoundHound are improving on a regular basis by improving their features.

Now, using Shazam, the app users can get the standard information about the song like artist, title, album, label and release date. To make music identification app like Shazam, allow your users to check other detail about the song like reading song lyrics, watch related videos, check how many people have searched this song, etc.

You can get in touch with us through the below-given form. We will revert you back as soon as possible, giving the right solution to expand your business. The consultation is absolutely free of cost.