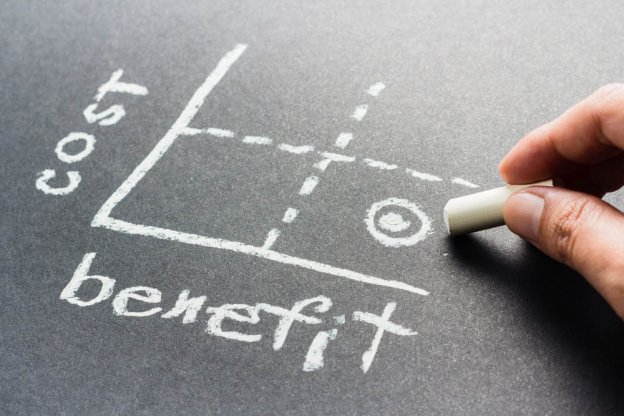 “This blog is for entrepreneurs, who want to know the cost of developing an app like Coinbase including essential features of Bitcoin Wallet App.”

In the finance industry, the evolution rate of bitcoins had left everyone spellbound as it is constantly making chaotic waves in the market.

There has been a huge demand for the bitcoin-based mobile apps ike Blockchain.info, Electrum, Airbitz, Bread, Copay, BitPay, Ledger, or Paper wallet that allow people to buy and sell bitcoins in the safest manner. When you look at bitcoin apps in the App Stores, you will generally notice that there are few types of those. And bitcoin wallet apps are among the most popular.

Talking about the best Bitcoin wallet app, Coinbase is one of the most demanded apps, enabling users to purchase and sell the cryptocurrency. Recently, Coinbase becomes the most downloaded application in the App Store, so it is a great sign of bitcoin fever on people across the world.

The San Francisco based leading digital & crypto-currency exchange – Coinbase has recently announced the acquisition of Earn.com, a cryptocurrency startup that let users earn crypto-currencies for answering emails & completing their tasks.

The deal of acquisition is around $100 million. It also means that Balaji Srinivasan – the co-founder and CEO of Earn, will join Coinbase as its first CTO. Coinbase is one of the leading digital currency exchanges which let users transact with latest digital currencies such as Bitcoin, Ethereum, Litecoin & Bitcoin Cash in more than 30 countries worldwide.

With this acquisition, the users of Coinbase will be able to buy as well as earn crypto by filling out the surveys & answering to emails. According to TechCrunch.com, Coinbase is taking benefit of its main user base to give you more information about trading behavior and price correlation. 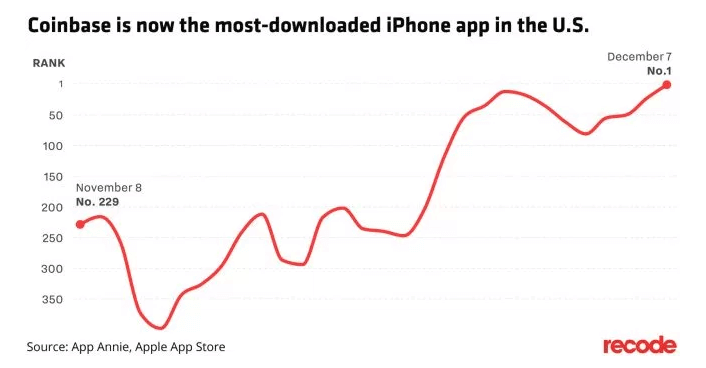 Coinbase, the $1.6-billion-valued company, is the world’s best-known exchange for converting fiat into crypto, so it has secured the top spot for free apps in Apple’s U.S App Store for the very first time as the price of bitcoin constantly increasing.

According to the latest news from TechCrunch, Coinbase has declared a new feature in the application. The customers, using Coinbase, can purchase, sell, send and receive USDC on Coinbase. Talking about the USDC, it is a token that is worth exactly 1 USD. And its value is going to stay stable against USD. Therefore, the name is a stable coin for this type of coins.

Coinbase, the biggest exchange in the United States, has launched a cryptocurrency educational program called ‘Coinbase Earn’ which will also incentivize the learners with digital assets. If you also wanted to develop an app like Coinbase or we can say similar to Coinbase but have a major question in your mind – how much does it cost to develop an app similar to Coinbase, here, we have provided an estimated cost of developing bitcoin wallet mobile app.

We came across with another news about Coinbase, the app is ramping up stable coin support around the world. So, customers of this app can now trade USD Coin (or USDC for short) in 85 countries. USDC support was only available in the U.S., excluding New York. Now, users can trade USDC on both Coinbase and Coinbase Pro.

Common Features & Functionalities to Include in an App Like Coinbase

When developing a coinbase alternative, one of the main features that you need to include in the application is allowing people to purchase and sell cryptocurrency without any hassle.

Make it easy and secure for people to buy and sell cryptocurrencies like bitcoin, Ethereum, and Litecoin directly from the app. Moreover, you allow your app users to buy and sell bitcoins with their bank accounts or credit cards, ensuring them a safe and secure way.

2. Keep People Updated About the Price of Bitcoin & Ether

Another important feature or functionality that any bitcoin wallet app has is price charts that keep people updated about the price of bitcoin and ether.

Those people, who want to purchase or sell bitcoin or other cryptocurrencies, can constantly get live updates about the price of bitcoin, Ether, and Litecoin. Moreover, you make sure that you allow them to get real-time and historical cryptocurrency price with price charts functionality.

For an example, if an app user wants to convert his bitcoin into the Ether, you can give an ability to them to convert it. You can provide them with the best rates at the top and worst rates exchangers at the below in the list.

4. Know the Details of Previous Transactions and Balances

Now, they don’t have to remember the transactions as they can easily check all the records and history from the beginning directly from the app. Whether they have sent or received currency, they can have a look at it with detail information like date and time.

Once the price goes up or down from their set price, they will get a notification or instant alert about it so that they can quickly make a decision about buying or selling the bitcoin or any other currency.

To make your bitcoin wallet app stands out from other apps like Coinbase, you can provide your app users customer support so that they can get a solution to any problem or question.

No matter whether they are looking for any help or have a query related to bitcoin or other cryptocurrencies, you can support them through your best customer support team that will always be there for them. Moreover, you can also guide them to use your application and explain to them every single feature so that they do not face any problem while accessing it.

So, these are the six most common features and functionalities that you can include in your bitcoin wallet app like Coinbase. Apart from these, you can also include any of your desired feature or functionality that you think can be helpful for people, who look for apps like Coinbase.

An Approximate Development Hours of Developing an App Like CoinBase

Now, let’s have a look at the most important question – how much does it cost to make an app like Coinbase. To give an estimation of the cost of developing bitcoin wallet application, we discussed it with one of our blockchain app developers.

He researched various bitcoin wallet apps and analyzed the important feature. Then, he sent us a below-given table that gives approximate hours of developing an app like Coinbase:

So, these are the approximate hours of developing a bitcoin wallet app like Coinbase. However, it also depends on various other factors and features, including the platform (Android or iOS) that you choose to develop on and dedicated developers that you hire.

Moreover, these above-mentioned development hours vary from developers to developers that you are hiring for your blockchain app development. Still, if you have any query or confusion related to the cost of developing a bitcoin wallet app, you can get in touch with us through our contact us form. One of our sales representatives will get back to you shortly with a strategy to convert your ideas into reality.