It Seems Hard at First. But These 4 App Design Fundamental Can Drive You Towards The Prestigious Award in The World 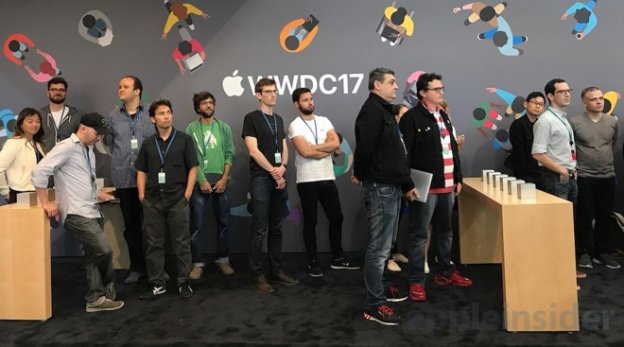 Every year, Apple honors the best, creative, and talented developers’ achievements at its Worldwide Developers Conference. The company chooses all those artistry and skilled developers, who set the standard for best app design and gives them Apple Design Award.

This year, 2017 was no different as Apple has announced a list of this year’s winners, who have successfully grab Apple Design Awards. There are various games that have used the company’s hardware and technologies in the best way possible. Moreover, various productivity apps are also there that have flawless user experience design and work amazingly on Apple’s other products also.

Apple also said that this year’s honorees have represented eight countries across the world, including Germany, Italy, Singapore, Austria, Canada, Slovenia, the US, and Israel. Usually, Apple Design Awards are distributed in a big ceremony at WWDC; however, this year, the company arranged a gathering that was more intimate as app designers got a chance to meet and have a word with top-level Apple executives, who have given them one of the light-up and machine-milled statues.

Here is the complete list of 2017 Apple Design Awards Winners

Analyzing these applications, we found these 4 common key points. Key points that helped applications to be accolade as the best apple design in 2017.

An intuitive app works wonderfully as the interface of this application guides users how to use this app. It would be good if you try to match with users’ real-world mental models and ensure things look tap-able.

Today, the axe is one of the most advanced tools that can help you to make your app intuitive. Trying to make an application “dead simple” requires the axing almost all the exclusive features that its developers intended.

It is applicable to all things from elements on a screen to the whole concept of an app. You should ditch all those features, buttons and options that are not necessary. In case, if you might think that users love to have more options, every single new feature, option or button makes your app more complex.

By making your app reliable, you can make you your app to perform its things accurately without any fail. The information in your app is up to date, complete, accurate and easily accessible even without an Internet connection. There would be no means of having a beautiful app if it crashes again and again.

The more engaging interface is, the more attention it will grab. Usually, engagement begins with incredible visuals that based on a compelling concept. Before even users start using an app, they want to take the leap of downloading it from App Store.

It is also true that the description and reviews of the app also play some role in their purchase decisions, but most of the users go straight to the screenshots. Considering that in mind, you need to be sure that your interface demonstrates the entire concept of the app in a wonderful way.

If your app has great visuals, it can get an attention of users, but the looks of the app can’t maintain a long-term relationship. With an engaging interface, you can give your users a magical and concrete experience.

You can consider delight is in the details.  Metaphor, subtle hints, animation, humor, beautiful visuals are some of the best tools that can be used to give an app character. Try to make your app as delightful as possible as it will attract users.

These are the four major keys that will increase your chances to win Apple Design Award. So, what are you thinking? Do you have an iOS app idea in your mind? Let’s discuss it with our team of iOS app developers, who have hands-on experience in the iOS industry.

They are specialized in designing iOS apps that stand out. You can check out some of the unique applications that are designed by our expert iOS mobile app designers.