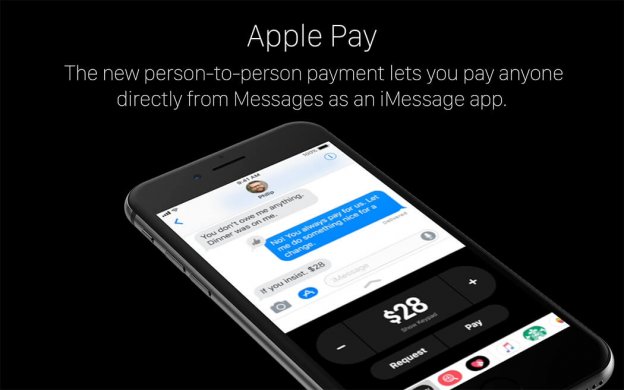 At WWDC 2017, Apple has introduced a new feature Apple Pay Cash, in iOS 11, making it a lot simpler for users to send or receive money.

Technically, Apple Pay Cash is the part of Apple Pay, Apple’s mobile payment system; however, it lives in Apple iMessage app. Whatever money you will receive through Apple Pay Cash will live in a virtual card that is called Apple Pay Cash. It exists within Wallet, Apple’s other app for storing credit card, loyalty cards, debit cards, boarding passes, tickets, etc.

Across the US, Apple Pay users will be able to use this person-to-person (P2P) money transfers to friends and family using this all new feature Apple Pay Cash app. Moreover, this exclusive feature is also going to bring an Apple Pay Cash card account to the mobile payment service that allows users to make in-store purchases.

In iOS 11, Apple is allowing person-to-person payments, just like Venmo and Square Cash. The new feature Apple Pay Cash can be found in Apple’s iMessage application. 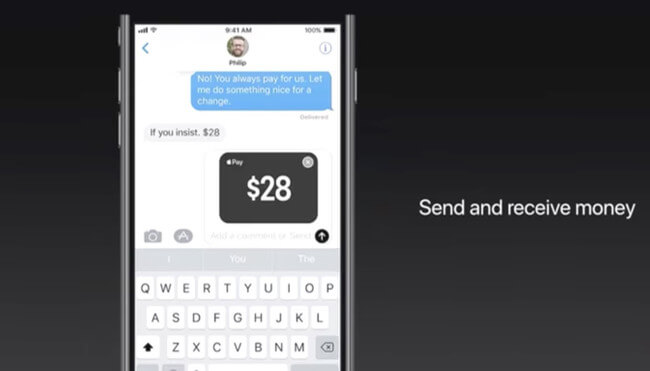 Users of this feature just need to tap the Apple Pay thumbnail within the redesigned app drawer in iMessage. Then, you are allowed to set the payment amount as you just need to tap either request or pay and accept the transaction.

In Apple’s Wallet App, the payments will be sent from your debit or credit card. However, the received money will directly go into your Apple Pay Cash card that is a virtual card in Wallet App that will help you to receive Apple Pay Cash back.

Regarding this, the company has partnered with a prepaid payment card company named Green Dot on the virtual Apple Pay Cash card. Directly from there, you are allowed to use the funds on the virtual card to pay others through iMessage. 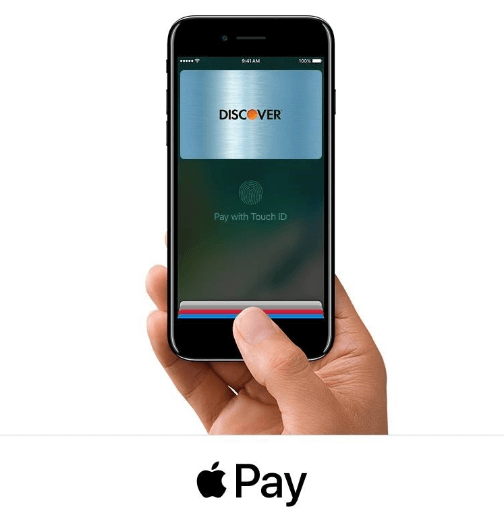 In case, if you are requested to make payment from anyone, a link to make the payment will appear in your iMessage chat window. If you have decided to pay that person, you just need to hit the send button and make use of TouchID to approve the transaction. However, the touchID sensor will deliver a safe and secure authentication for any type of Apple Pay Cash transaction and all the performed transactions will be encrypted.

Industries That Will Get Most Out of Apple Pay Update

Apple Pay Cash can be used in different industries wherever Apple Pay is supported. You are not only capable of using funds in your Apple Pay Cash card to send and receive money through iMessages, but you can also use it to make Apple Pay purchases at retail locations, on the web or in the apps. Even, it will also allow you to transfer funds to your own bank account without any hassle.

Apple Pay Cash will be obtainable through iOS 11 on iPhone, iPad and Apple Watch. However, it will only work on TouchID-supported devices like Apple Watch that means older iOS devices won’t be able to take benefit of the peer to peer payment service.

Apple Pay for the eCommerce Industry

Apple Pay Cash will give an easy, secure and convenient way to customers to pay in stores, within apps, and on eCommerce websites. Now, customers are allowed to use their device’ iMessage to make person to person payments just like Venmo and Square Cash.

Paying through Apple Pay Cash is faster and safer than accepting traditional credit and debit cards because Apple doesn’t collect your credit card number or details on payment transactions.

In case, if your phone gets stolen, you don’t need to worry as thieves won’t be able to use Apple Pay Cash as any in-store purchases will need to hold your finger against your iPhone’s fingerprint scanner for any transactions.

In addition to this, users do not have to look for their mobile wallet app and search the right card. Within app or websites, while using Safari, customers can check out with just a single touch.

With this new feature, there will be a huge impact on the eCommerce industry as online shoppers can save a lot of time and efforts and pay securely. Last year, the average shopping cart abandonment rate on mobile was 97%. Meaning, out of 100 filled cats, only three were turning into sales. So, it could be a main influencing factor in decreasing the shopping cart abandonment rate on mobile devices.

Online shoppers just have to tap the Apple Pay thumbnail within the redesigned application drawer in iMessage. Then they can easily set the payment amount as they just to tap either request or pay and accept the transaction.

However, only time will tell the real fate of Apple Pay Cash and what impact eCommerce industry will have on consumer and merchant perspectives. As an eCommerce merchant, what you think? Would you consider accepting Apple Pay Cash in your online store?

By accepting Apple Pay Cash for your online store, you can give your customers a safe and secure way of paying. If you have any confusion related to this or want to get information about Apple Pay Cash and its integration, feel free to contact our iPhone app development team. Just fill the contact us form, our professional iOS app developers will get back to you to answer your queries.

Why You ‘Pay with Google’ and Not with Apple Pay & Amazon Dash?

How to Make UITextView Detect and Suggest Hashtags in Your iPhone App?