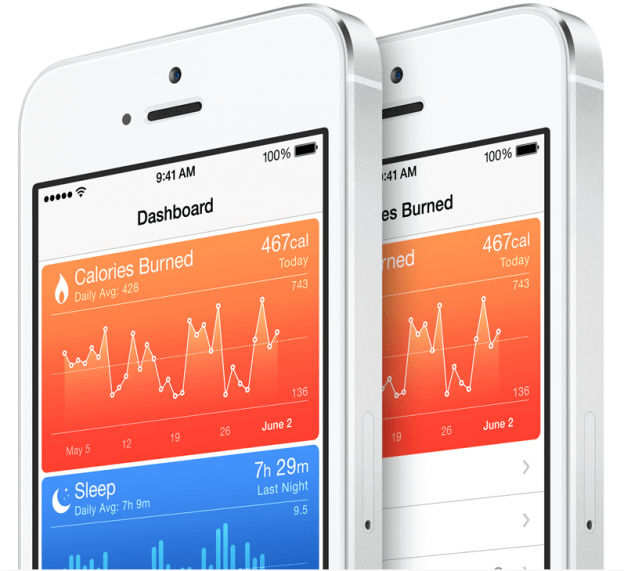 Health and fitness apps were limited to wrist bands and other similar wearable devices. But with the release of iOS 8 Beta 3 for developers, Apple has simplified health monitoring solutions. Anytime in the future you would be carrying your own personal health monitor right in your pockets!

iOS 8 Beta 3 was released on 7th of July and The app has fun features which will enable the user to supervise caffeine in-take and the calculate steps walked daily, weekly and monthly.

This means that now there will be no necessity to install additional health apps to monitor various activities. You can bid good bye to the supplementary wrist bands, iWatches and other fitness apparatuses. The handset itself will now be enough to report the user’s motion and keep a track of steps through its Steps counter tab.

Reports have confirmed that the Health app, which uses nothing more than the new on-device support, works perfectly well. The motion tracking works for both, steps and distance.

Moreover, the centralized health app will also monitor your caffeine intake – a refreshing addition for the coffee enthusiasts! This feature has been added to the long list of nutrition categories to track. Manually feed in the amount of coffee you have had and it’ll tell you how much is excess.

Read Also: How to Get a Fitness iPhone App Built that Will Build Your Business

This app shares the caffeine intake data with third party apps to figure out your overall health. It creates a rich ecosystem for third party Apple app developers as it is not only beneficial to Apple but also its users.

The news is that the Health app will have more interesting features by the time it is launched formally because the last thing Apple wants is an app with fewer updates.

We at Space-O Technologies excel at developing health & fitness apps. We dedicate our expertise in producing cost effective health outcomes by helping medical firms benefit from technology. Our prowess involves designing, developing and managing Android and iPhone health apps. With immense experience in the field, we determined to create, innovate and contribute to everyday health and fitness.