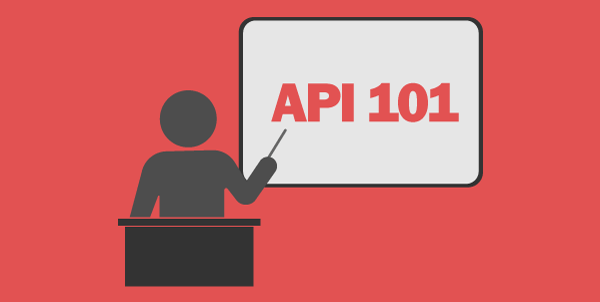 Whether you’re ordering lunch, booking a flight, or downloading a song, APIs are what mobile apps rely upon.

These APIs work quietly in the background, allowing apps to interact with one another and make our lives simpler.

For instance, you’re looking for a flight from Chicago to New York from an online booking platform. In the website, you select the destination as New York, source as Chicago, flight date, and type of class. Then you hit the Search button and the website, in return, shows you a number of flights available.

However, when you click on Search, what actually happens is the website aggregate information from different Airlines, by interacting with each Airline’s API to deliver you the results.

It basically runs back and forth, communicating between different apps and devices to make data easily accessible worldwide.

What is an API?

An API is an acronym for “Application Program Interface”. It is a technical development environment that allow developers to access other party’s application.

In simple words, they’re the hidden backbones of our digital world which allow mobile applications to communicate with one another. In fact, behind the scenes of every app, there is a series of APIs that communicate with other apps.

Now, let’s understand in detail by breaking down the acronym.

What do you do when you need to cash?

Now similarly, think of a mobile app as an ATM. a mobile app, same as ATM, generally provides a function, but it’s not doing this by itself. It needs to communicate with both the user and the bank that the user is accessing.

When you’re accessing ATM, an API generally allows to you to communicate with your bank. The programming is basically the development part of app that translates input to output.

In simple words, an API translates your request for cash to bank’s database, verifies your account to withdraw money, the bank grants the permission, then the ATM reverts back to the bank how much person withdrew money to update balance.

Interface is what allows us, as users, to interact with the application. In this example of ATM, the screen, keypad, and cash slot is interface. With mobile apps, it’s much the same, only we’re replacing users with another mobile app.

Now, if you’ve technical background, then you might already be familiar with APIs. But, for the rest of you, and people who want to build mobile app for their startup idea, may be wondering:

Why APIs are so important?

And How it can benefit your mobile app?

Well, here’s the answer to your questions.

In today’s fast paced world where businesses become more and more digitalized, the business strategy now needs to emphasize more on digital strategy to survive in the market.

At most basic level, all APIs are nothing but a set of rules that dictate how one mobile app communicates with another. Whenever you use a mobile app, APIs are what makes it possible to move data between different applications.

Point is, APIs allow mobile app developers to focus on building the main features of the app instead of building everything from ground zero.

Take Uber for example, we all know that it is an awesome ride sharing app. But still, it does need a payment processor to let users pay for their rides.

So, did Uber built their own payment processor?

Today, in most of the mobile apps, payments and texting are the two most popular APIs in the market.

For payments, Stripe API is widely popular. If you want your users to pay for your app features, you’ll want to use a payment gateway API.

If your mobile app idea includes the need for online payment transaction from users, you’ll have to integrate Stripe or any other payment API for processing payments.

Generally, in Uber like app, the driver gets 70% and you get 30% of a ride. Here, the app tells Stripe to split the revenue. The money is deposited in both accounts within 2 days. Although, all this isn’t free. Stripe charges fixed amount of fee each time user make any transaction.

There are many other APIs that you should know about:

2Placez is one of those projects. It is a taxi booking app like Uber that allows people to find the nearest taxi available without calling a taxi company at anytime.

In this project, we used BrainTree API for processing payments between users and drivers. For mapping and location services, we harnessed the power of Google Maps API.

Another example is Ninja Delivery, which is an on demand services app to send packages from one location to another.

Whether it’s Ninja Delivery, 2Placez, or any other app for this matter, it needs to use various third-party APIs in order to provide their services successfully.

Why APIs are Important?

APIs are incredibly important because they explain how software developers build mobile app that plug into big services. APIs can be a huge timesavers for both, users and app developers.

For example, without Facebook API, users would have to fill separate registration page for every mobile app, instead of having the feature of Sign up with Facebook.

So, for anyone who is looking forward to build mobile app, the good news is that for the most part, APIs encourage innovation.

Without APIs, communication between two mobile apps would be restrained. And mobile app developers would be re-writing same functionality code over and over again and this would have slowed down the innovation.

In short, APIs enable apps to communicate with each other. They can help to enhance the user experience and fuel the popularity of your app.

Have an Idea For Mobile App? Let's Discuss!