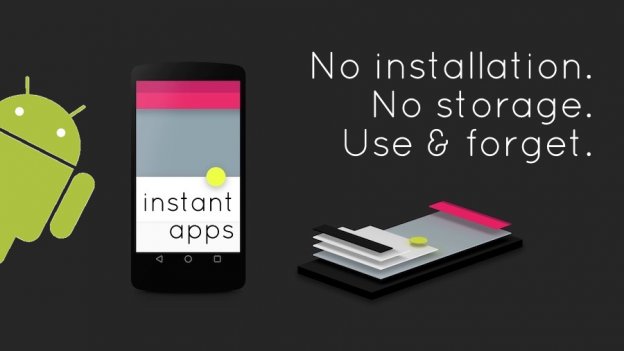 Last year, one of the biggest surprise at Google I/O developer conference was the announcement of Android Instant Apps. These Android apps are meant to bridge the gap between web apps and native apps.

Well, the idea is to break native app into small parts, because they are so small that they can run almost instantly, and without having to go to the Google play store.

In simple words, Instant apps Android are lite versions of Android native apps that users can use without having to download anything. When a user taps on its deep link that is associated with Google Instant apps, the user is redirected to a small app version of the mobile website. These Instant Android apps open as quickly as web apps (even quicker), but function similar to native apps. This ultimately makes the user acquisition frictionless for Entrepreneurs and developers.

What all these means for Analytics is quite beneficial. Android app developers and Entrepreneurs do not need to focus on vanity metrics like installs and play store rankings just because users need to download your app and use it. Instead, they both can focus on building an attractive user experience, improving user retention, and bringing more users to their Android native apps.

How Do Android Instant Apps Work?

In short, Android Instant Apps work by modulating the native apps. Basically, a native app is divided into small modules, where each module contains compartmentalized portions of the full native app.

Android Instant Apps are indeed awesome, but you might be wondering why you need them for your startup, here’s why…

First of all, you need to know that there are actually a number of compelling use cases for them. They range from simplifying the browsing for users to increasing user engagement and improving customer retention.

There are many apps that are only used once, just once in awhile. These apps are developed for a specific function, and users just delete them in order to save storage space. This is where Android Instant Apps come in.

What Benefits Startups Could Leverage From Instant Apps?

Suppose you’re driving to another city where it is almost impossible to find parking and the last thing you want is having to download a parking app in order to book and pay for parking.

But, with Instant Apps, parking app startups can offer their service where users just need to tap the NFC chip and users can be directly taken to your parking mobile app without having to install it.

Even for other on demand apps where there is repeat-use of apps like Uber, building instant app can increase the user acquisition. For example, if a person is standing in the rain and just needs a cab, rather than having to wait for app to download then register and then book a cab, it would be much easier to attract users to your app by helping them with Instant app in similar critical situations.

For situational app startups, getting people to download their app is one of the biggest challenge they face. Just the commitment of waiting for app to download and taking up space in their devices can easily many users away.

But, by providing an easy solution where users can click on a Google search result to use your instant app service can overcome the hurdle of user acquisition. With Instant app, users can quickly get what they want, and startups can increase user acquisition by offering further features of their full native app.

With Instant apps, Ecommerce businesses can also benefit greatly. Shopping on a mobile web page is completely nightmare and almost everybody hates it these days.

Take Yelp for example. When a user is looking up for a restaurant recommendation, they are first greeted with “Open in the Yelp App” which is annoying. Then again, this pops up again when a user choose a restaurant. Point is, it’s hassle to do anything if the app is not installed.

But, Instant Apps provide a better solution where if a customer searches for a product, startups can direct them to their Instant app with all necessary information that is time-saver and hassle-free.

Ecommernce business often encounter a situation where people want to buy a product from them. But, the problem is, the mobile web experience and pushing down the pop up becomes so annoying for users that they just end up closing the web page.

Such startups can leverage the benefits of Instant apps where they could make the shopping experience better that ultimately results in increasing the user acquisition.

Now, users may download their app for a specific feature or services but when the time comes to free up the storage for a more important app, their app is first to go out. Their corresponding mobile web page may be nicely formatted, poorly optimized ads often slow down the page and kill the user experience.

Thus, developing an instant app can cut through this noise and take users straight to their content they’re interested in. Here, the media app startups can offer a few suggestions of related content or a peek of their full native app features.

This helps to build trust and convince people to download the native app. And, even if they don’t, users will still be drawn to use your instant app due to simplicity and ease-of-use. And, by offering easy-to-use option, users are more likely to stick around to your services and come back for more.

Android Instant Apps is indeed a revolutionary idea to make apps available for users anytime without having to install them. Startups and Entrepreneurs can take advantage with a number of growth opportunities. In fact, it’s possible to find benefits in developing an Instant App by contacting Top Android app development company to guide through it.

By providing frictionless process, startups could really grow their business as instant Android app development allows startups to focus on what matter more – providing a flawless experience for their services.

Want to Develop Android Instant App For Your Startup App? We Can Help!

Android 7.0 Nougat Is Finally Out With 250+ Major New Features